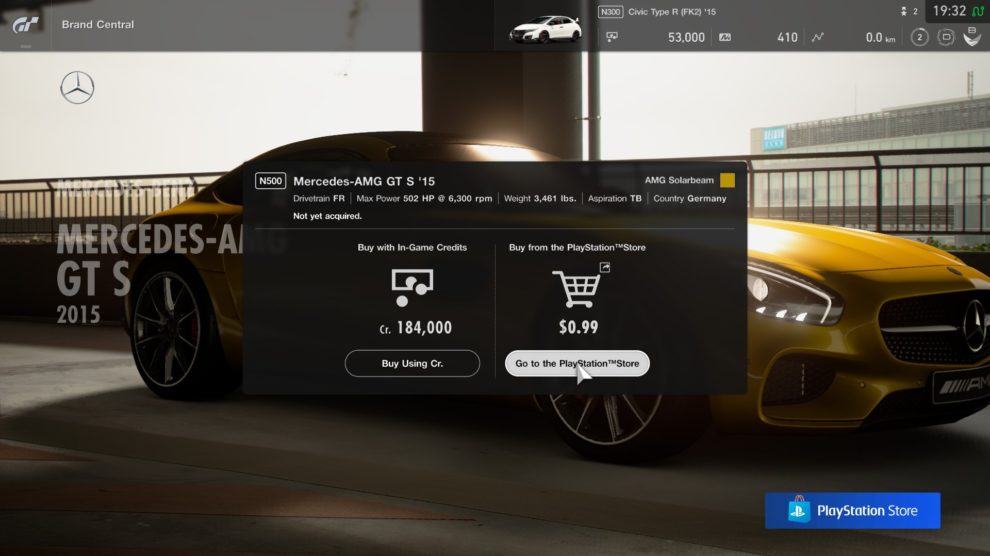 Gran Turismo Sport microtransactions have been added a year after the game’s release as part of its big July update.

Any car that costs less than 2,000,000 in-game currency can now be purchased for real-world cash, Sony has confirmed. The feature is currently in Asia and the Americas and will head to the rest of the world — including Australia — later in the week on 2 August.

The addition is contradictory to a statement made by Kazunori Yamauchi, CEO of Polyphony Digital, at PlayStation Experience 2017. There, he said (through a translator) that microtransactions wouldn’t be part of the game.

The update also brings a new track and more cars.

What do you make of this new addition — especially in a time where loot boxes and microtransactions are being removed from a number of games including Middle-earth: Shadow of War and Forza Motorsport 7?

Gran Turismo Sport is available on PS4. We reviewed it here.