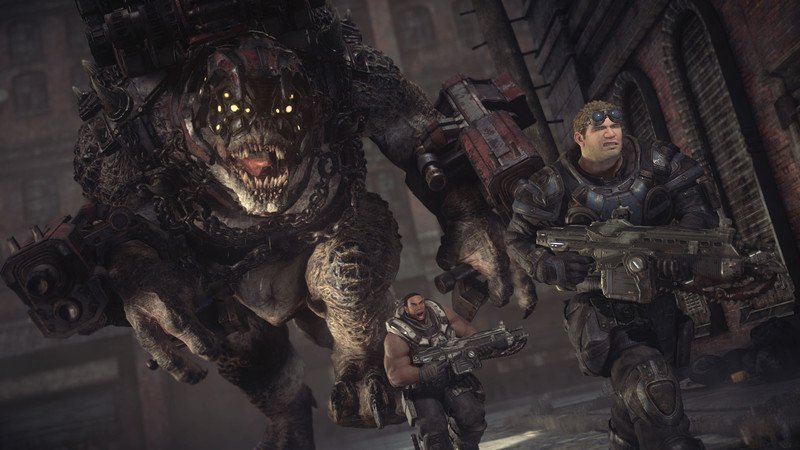 You've got to admit: it's a good idea.

Gears of War head, The Coalition’s Rod Fergusson, wants the Brumak to be featured in Monster Hunter World.

“So who at [Monster Hunter] do we need to talk to about getting a Brumak in the game,” Fergusson asked in a recent tweet. “With or without guns – although an armed monster would be pretty cool!”

The Brumak, a large, chaingun-packing monster that was teased back in the first Gears of War game, has been a staple of the franchise ever since.

Capcom has stated in the past that it won’t include other franchises’ monsters in its title, but the idea of the Brumak in World is pretty cool — an Xbox exclusive, it and Gears-themed armour could be a great counter to Horizon: Zero Dawn-themed content on PS4.

What do you think about Fergusson’s suggestion?