Home » News » Game On or Game Over: Rise of the Arcades

Microsoft versus Sony, Battlefield versus Call of Duty, and Forza versus Gran Turismo. These are some of the rivalries that can get people talking about console wars. To promote solidarity, Stevivor.com and StickyTrigger.com have donated two stunningly brilliant (and good looking) writers to tackle some of gaming’s most controversial subjects. Game On or Game Over is your place to get inside the minds of Nicholas and Andy as they seek to find the true meaning of gaming. Both are award winning authors – although the awards haven’t been mailed yet, or created yet, they have won many! Trust us, we wouldn’t lie!

Nicholas: I know I probably say this every year, but right now, it’s looking like a great time to be a gamer. We have some truly awesome games slated for release across the next few months, and we’re also on the verge of the next generation of gaming. But it’s the former I wanted to focus on this time around. Are there any games in particular you’re looking forward to, before we see the launch of the Xbox One and PlayStation 4?

Andy: Hmm, I always have a love/hate relationship with summer in terms of game releases. I hate it because actual release titles seem to be few and far between in terms of interest for me. The only summer game (retail release) I am looking forward to is Splinter Cell: Blacklist. I have always been a Splinter Cell fan so that’s a no-brainer for me. Aside from that, the other summer titles are really not much interest for me. Now, what I am really excited about are some Xbox Live Arcade titles. That’s where the real action is. Duck Tails is a must, but the real gem may be a sleeper called Brothers: A Tale of Two Sons. Speaking of XBLA games, there are so many great games on there, but I always have this feeling that a lot of gamers largely ignore those titles, would you agree with that? 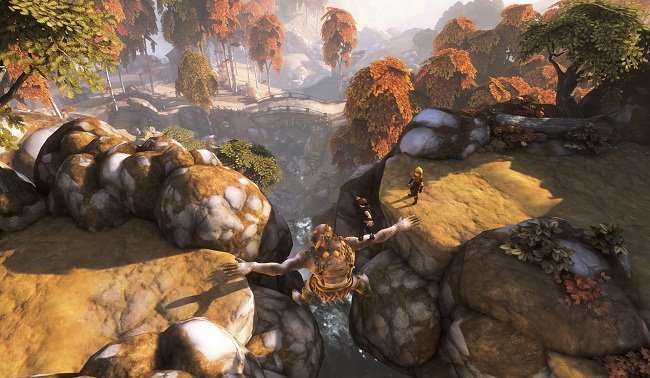 Nicholas: I must admit, I’m the opposite. Saints Row 4, Grand Theft Auto V, Assassin’s Creed Black Flag, and Need For Speed Rivals, all games that I’m really keen to check out, and which are starting to come out in the next few months. Yeah, I definitely think you’re onto something there with the whole Arcade thing. Hell, I hadn’t even heard about Brothers: ToTS until you mentioned it, and I only vaguely remember hearing about Duck Tales a while back! I ask though – is it a case of gamers ignoring them, or a case of gamers simply not knowing about them? I could be wrong here, but I think a lot of gamers still have this stigma that an Arcade title isn’t a full game – so they expect lower quality and therefore, they tend to overlook them. Every once in a while you hear about an Arcade title that blows gamers away, but due to the fact that you’ll never see advertisements for them outside of the Dashboard or gaming websites, people just aren’t being exposed to them like they are full retail releases.  Seeing  screenshots for B:ToTS though, it looks like it could pass as a game you’d buy at stores! Do you think Arcade games are starting to (or already are) prove themselves as just as good as AAA titles?

Andy: Sadly, I think you’re right. Xbox Live Arcade titles are often overlooked by a lot of gamers, which is an absolute shame. The quality of Arcade titles has definitely shot through the roof. They are no longer just these little games that offer a brief diversion. In 2012 my game of the year was an Arcade title, and no not The Walking Dead either. A wonderful game called Dust: An Elysian’s Tail. If I was to look at GamrRank, the game I’ve played the most in the last year is also an Arcade title, Pinball FX2. I think the quality is there, as is bang for your buck. Pay $60 for a retail release and beat the campaign in 6-10 hours, or spend $15 on an arcade title and play for 20+ hours. There are certainly some huge retail titles coming up this fall, but don’t overlook those Arcade games either. With all the new technology just around the corner do you think Arcade titles will thrive or will they be further squeezed out by big budget marketing campaigns? 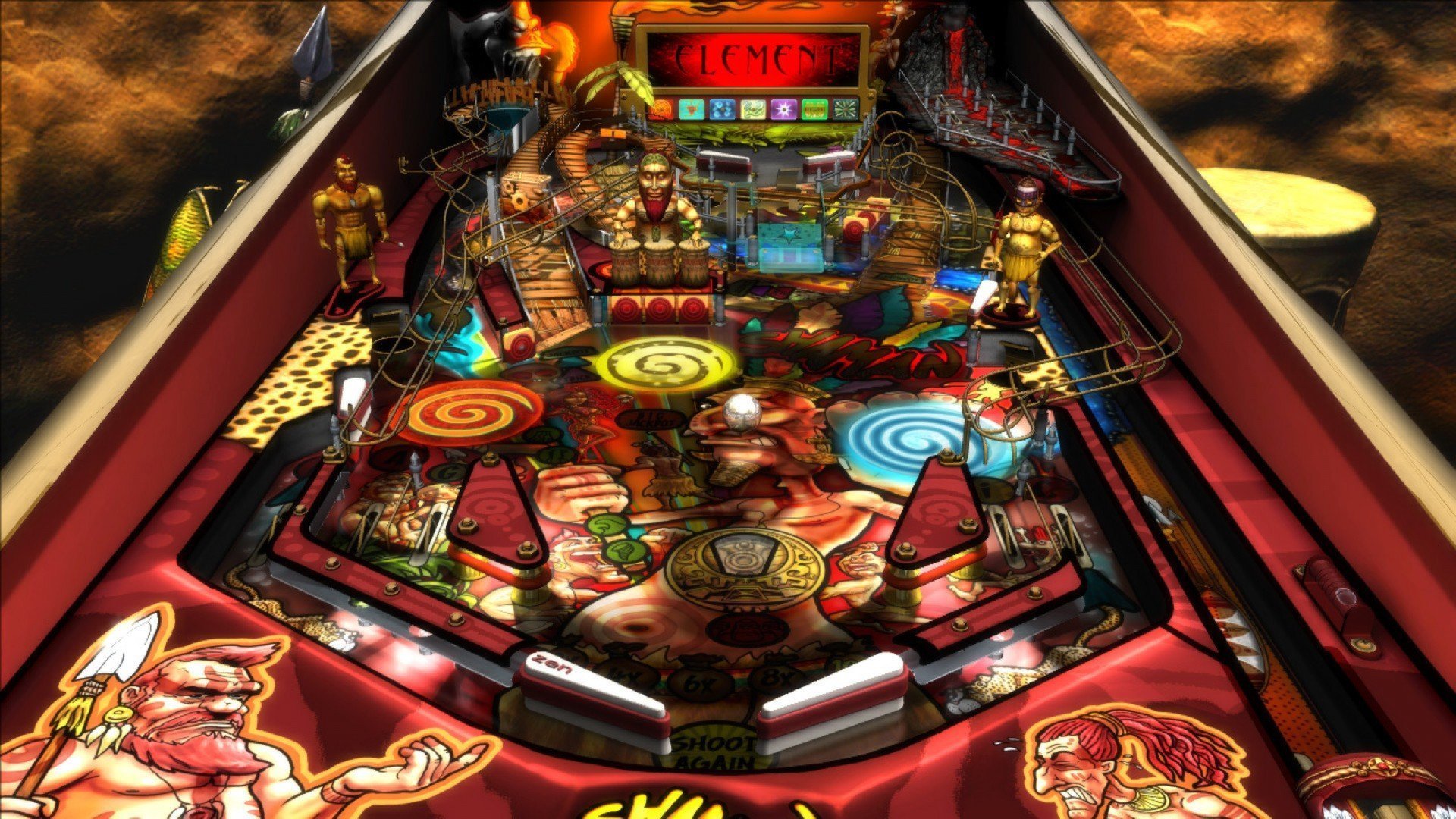 Nicholas: I certainly think that we will continue to see Arcade games sticking it to big-budget titles in terms of quality, but until we see games go completely digital (or until we start seeing a greater shift towards buying games digitally rather than physical copies), I don’t see this changing too dramatically anytime soon. Retailers aren’t making money off games they can’t sell, and while I guess they could start stocking cards with download codes (much like pre-order bonuses that come with games these days) at stores like Electronics Boutique or GameStop, it really would be pointless. That all said though, the entire ‘indie’ market has really blown-up in the last year or so. I mean, just take a look at Minecraft – what was once just a PC game has now been ported to the Xbox 360, and is now being sold not just digitally, but also physically in stores too! Do you think this will be a trend? I know indie games aren’t exactly Arcade titles, but could we see start to see Arcade games become something so much bigger? Becoming larger, retail games?

Andy: It’s funny you mention Minecraft, as it was just recently announced that it has sold 7 million copies on Xbox Live. That’s a crazy number for a (mostly) arcade title. Also, a favorite of mine, State of Decay, has already eclipsed 500k copies sold as only a digital release on the Xbox Live Arcade. What this says to me is that if the quality is there and the price is reasonable, people are going to be willing to buy a digital copy of a game. So, I am going to have to disagree with you a little and say the landscape is in fact changing. Maybe only slightly right now, but if done correctly with the new systems, arcade-type releases could start to cut into ‘mainstream’ gaming habits. Microsoft is also helping to push the issue by releasing Arcade Compilation discs now. I know there is one with Trials HD, Limbo and ‘Splosion Man, and I think I saw a Worms collection disc as well. I certainly know my gaming habits have changed over time – dropping $60 on a game is a lot more difficult than dropping $10-$15. I’m much more willing to take a chance on the arcade titles than I am on big AAA title that I’m not sure about. The best part about being an Arcade title fan right now is the amount of amazing games being released. I’m willing to bet any that gaming taste can be covered with an arcade title. Now, with all this talk of arcade games, if you were a developer of a big budget AAA titles, would you be the least bit worried about these smaller digital ones? 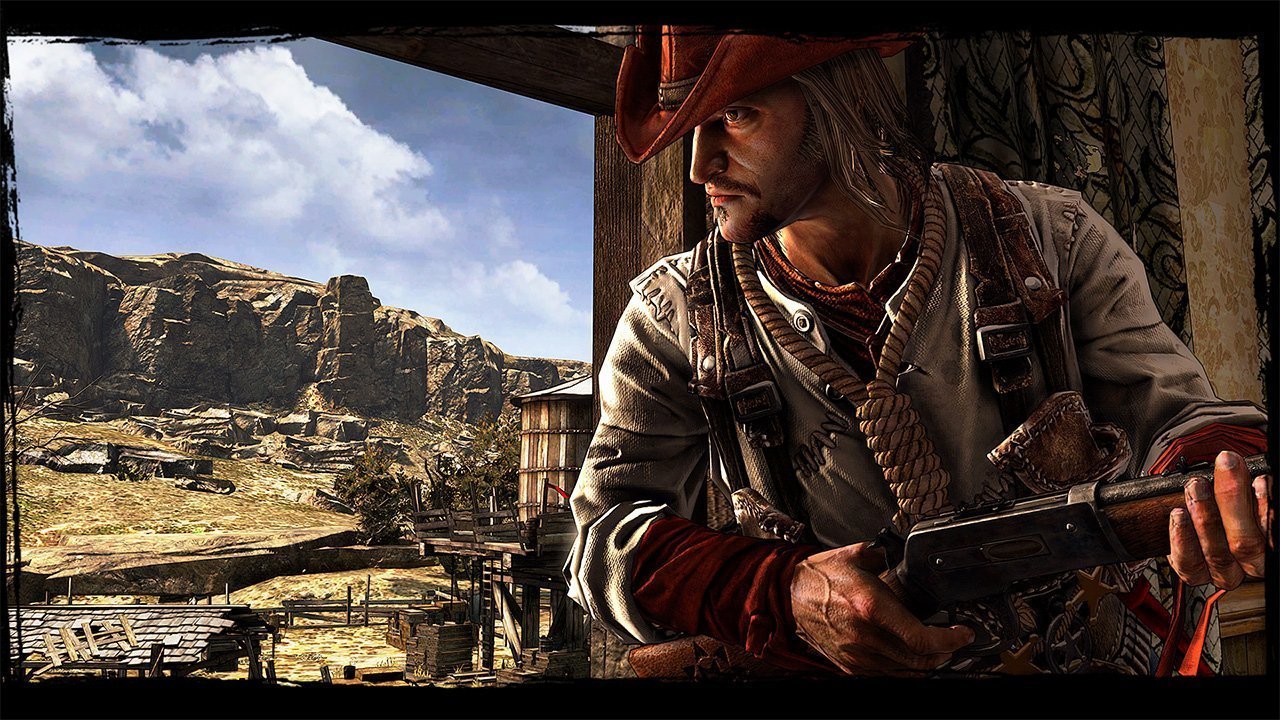 Nicholas: I can definitely understand what you mean. Full retail games sell for around $70-$80 here in Australia and it’s pretty disappointing to know that you’ve just blown close to $100 on a game that isn’t nearly as good as you had hoped/expected. I don’t know if ‘worried’ is the word to use, but I certainly think that big budget developers need to realize that they aren’t the only players in the market anymore. They also need to realise that there are other [much smaller] companies, which are producing games that are doing really well, both in terms of quality and sales. I think that, if anything, the developers of these AAA titles need to realize that gamers have a lot more choice now, and people don’t need to just stick to the ‘big’ games anymore for an enjoyable gaming experience. So to wrap things up, and as the obvious Arcade expert between us two, what are some great XBLA games that you could recommend to players out there, like myself, who might have been neglecting this part of the gaming market all this time?

Andy: I really do think the quality of games being released on  the Xbox Live Arcade and Sony Marketplace have legitimately reached the level of enjoyment I get from full retail titles, in some cases – even surpassing it! What games would I recommend? Man that’s a tough one to answer and to try and keep somewhat short, but let’s give it a go. I already mentioned Dust: An Elysian Tail and Pinball FX2 (Zen Pinball on Sony and Steam). Others I’d highly recommend; Bastion, Walking Dead, State of Decay, Call of Juarez: Gunslinger, Minecraft, Joe Danger 2: The Movie, and World Gone Sour just to name a few. The beauty of Arcade games is there is most certainly something there for everyone, no matter what your tastes are. Plus, you can almost always try the demo first to see what the game feels like. If I was a AAA developer, I may not be worried about arcade titles, but I know I’d surely be paying attention to them. They have become a viable option for gamers, and competition is never a bad thing. I’d like to encourage everyone to take a look though those games they may have passed and give one (or two) a spin and see what’s out there. You may be surprised as to what you find!

Tune in next time for the next instalment of Game On or Game Over. If you have any ideas for our next article, feel free to contact Andy or Nicholas on Twitter!