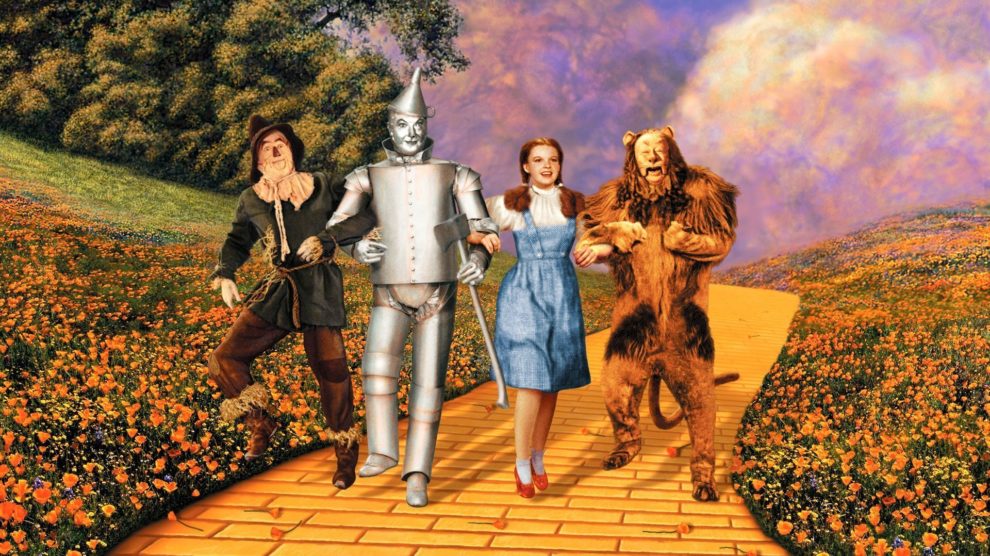 Microsoft versus Sony, Battlefield versus Call of Duty, and Forza versus Gran Turismo. These are some of the rivalries that can get people talking about console wars. To promote solidarity, Stevivor.com and StickyTrigger.com have donated two stunningly brilliant (and good looking) writers to tackle some of gaming’s most controversial subjects. Game On or Game Over is your place to get inside the minds of Nicholas and Andy as they seek to find the true meaning of gaming. Both are award winning authors – although the awards haven’t been mailed yet, or created yet, they have won many! Trust us, we wouldn’t lie!

Nicholas: Something we touched-on at the end of our last article, and something I wouldn’t mind discussing a little further today, is this whole idea of new IPs versus sequels. To get the ball rolling, I’d like to start by asking which of the two do you prefer – new installments to your favourite franchises, or fresh new IPs instead?

Andy: I am going to give you a big fat … it depends. For the most part, the last two or more years of this console cycle – in my opinion – has had way too many sequels, prequels, reboots, and HD remakes. Maybe my tastes as a gamer have changed over time, but it seems like there has been a lack of new ideas driving gaming lately. It seems that most of the advertising I see now flaunts enhanced graphics, new and improved <insert some catchy PR lingo here>, new game engine, etc. Personally, I get more excited about new IPs that push the envelope and actually advance gaming. Unfortunately, if a new IP doesn’t sell as well as expected it’s pretty much scrapped, and the publisher goes back to kicking out sequels and keeping the status quo. However, being completely hypocritical, if Bethesda said Fallout 4 is coming out soon I’d have a total fanboy geek-out moment.  Which side of the fence are you one; do you prefer sequels and knowing exactly what you’re getting, or do you lean more towards trying something new that pushes the envelope a little? 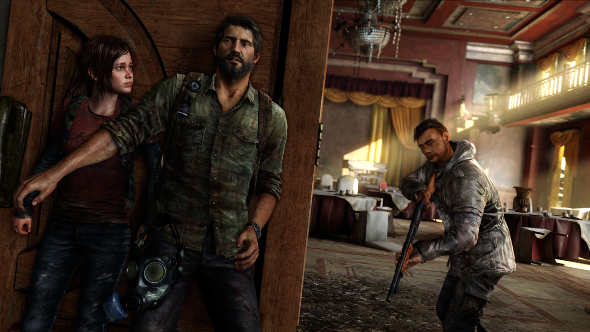 Nicholas: I know saying ‘it depends’ might not be the answer our readers would like, but it really is a more complex question than we might think. On the one hand, I like seeing sequels to my favourite titles – I like the fact we had Need For Speed Underground 2, I like the fact we had Assassin’s Creed 2. It allows the developer to learn what worked and what didn’t, and to then continue that story in a game that’s (hopefully) bigger and better than before. At the same time however, we can’t continue down the same path forever – it gets boring. Similarly, if it wasn’t for developers trying new  IPs, we wouldn’t have Assassin’s Creed or even Mass Effect to begin with! I feel that developers need to gauge how much life a franchise has left – you want to keep making sequels as long as the story doesn’t become ridiculous and so things don’t get too tedious (which is where I fear Assassin’s Creed is going), and when that happens, you want to have new IPs up your sleeve to start a new adventure.

Now you mentioned remakes and reboots. What is your take on these? Is it a great way to let gamers relive their favourite titles from previous generations with HD graphics, or is it a cheap way for publishers to earn money on old products? Would you like to see it more or less with the next generation? Any games you’d personally like to see a remake of?

Andy: It’s funny you bring up Assassin’s Creed, as that’s one of the games I was thinking about in my first reply. I remember when it was first announced and Jade Raymond from Ubisoft said it was a planned trilogy, and now #6 will release this year. I’d like to see more developers understand that series don’t need to go on forever – it’s OK for them to end. In regards to reboots, I understand the reason behind them – and in some cases they turn out well – but in others it seems like a blatant attempt to squeeze every cent from gamers. HD remakes, I can honestly do without them. The nostalgia value of those old games are playing them on the consoles they were released on, in my view. 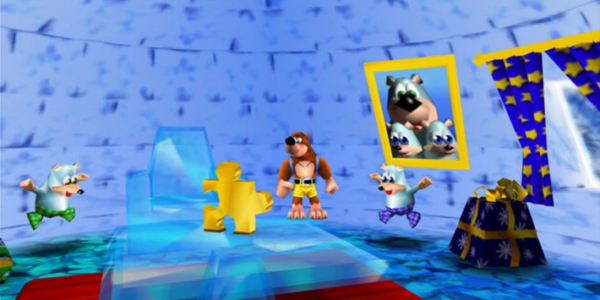 This next generation, I am most excited about seeing how developers use the upgraded technology to really enhance the gaming experience. It’s not just about shiny graphics and fancy game engines. I’m looking forward to the experience, new characters, new settings and everything that goes along with it. Sure I’m anxious for some sequels, but a game like Watchdogs gets me much more amped up than the next Call of Duty game. So, let me flip that back at you. What’s the one thing you are most excited for with the upcoming next generation of console gaming?

Nicholas: I must admit, this is one of those moments where I must respectfully disagree. Personally, I don’t mind HD remakes. I loved playing through games like Perfect Dark and Banjo-Kazooie again on my Xbox 360, or when Nintendo re-released Pokémon Blue/Red through FireRed/LeafGreen – the nostalgia factor was definitely still there. I constantly hope that one day Need For Speed Underground will be re-released. *fingers crossed*

I do agree with you as far as what I expect from next generation games though. With new consoles, it’s the perfect time to introduce new IPs into the mix. From racing games, I’d love to see more follow suit of Ubisoft’s The Crew. It has a massive world that spans North America, really detailed customization, and more than just ‘drive around this track three times to win’. I’m really expecting that game to pave the road for the future of driving games. From other genres though (like shooters and action/RPG titles), I’d really love for there to be an emphasis on greater story-telling. Great graphics really aren’t sufficient anymore, and what sets games apart is what you feel when you walk away from them. I want to experience more titles that are like Mass Effect – where it isn’t just a game, but a journey, where you actually feel like a different person after you’ve completed it. Yeah, that’s what I’d really like to see. Moving on though, we’ve noticed a greater emphasis in the last year for games to move towards more multiplayer and co-operative gameplay. Does this fit in-line with what you expect from next-gen games, or are you more of a solo gamer? 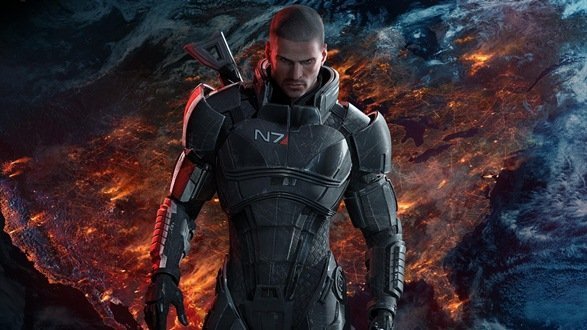 Andy: I guess when I think about an old game, I like the feel of that controller and set up – it just adds to the memories for me. But like with everything, it all boils down to personal preference. It just feels like companies release those types of games in lieu of creating new stuff, and to keep income coming into their firms. I agree, The Crew looks like it could revolutionize how gamers interact with each other, how things are tied together, and gives us a hint of what we can expect down the road. I would, however, tweak the last part of your reply slightly. I 100% agree that games are largely shifting towards multiplayer. The only thing I’d say differently, is that they are also moving away from traditional co-op as well. I am a huge fan of a good old co-op game, it’s one of the reasons I really enjoyed Dead Space 3, F.E.A.R. 3, Battlefield 3 co-op, etc. I love the teamwork that co-op games allow for. Sadly, they seem to be giving way to big lobbies full of a bunch of random people.

I hate to do this, but I also agree with you (*blek* did I really just say that), that next gen is not just about graphics. Sure, games will look amazing with huge vistas and massive worlds – but like you said, I want the experience. I want to be invested in the characters, the outcome, the journey to get there. I think this generation one of the games that did that best was Red Dead Redemption. Everything about that game was amazing, but the story was brilliant. I know you’re a huge Mass Effect fan, I can’t speak fully on that because I just finished the first one, working on number two now. We’ve talked some about what we want to see – do you care to touch on things that you hope you don’t see or don’t happen? 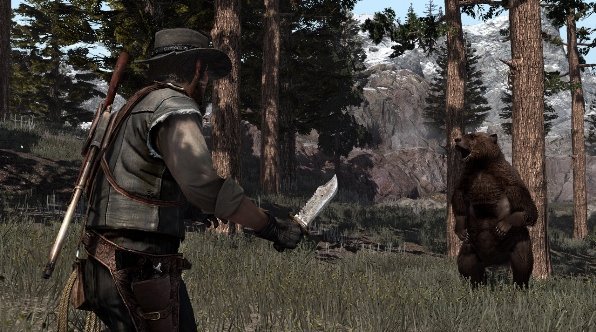 Nicholas: That is such a difficult question to answer. To be honest, the only thing that I can think of (and I’ve been trying to think of an answer for a while before writing this), is that I don’t want developers to ignore the single-player side of games, as we see this push towards multiplayer. A perfect example of this for me is Need For Speed Most Wanted (2012), where the game had all these cool social aspects, but as a single-player game, it sort of fell apart. Developers need to know that not everyone likes playing online, and some people like playing through career modes alone. I seriously lose interest in games like Destiny, which could potentially be an epic game, because I worry it’s going to be a mostly MP/online game with a boring SP experience tacked-on – and that’s a real shame. To end though, I wanted to ask you, on the topic of fresh IPs, sequels, and remakes, if you could see any game get another sequel or a remake, which would it be and what would you like to see?

Andy: I whole-heartedly agree in the hopes that developers don’t lose sight of the single player experience. If I looked back on my biggest gaming memories, very few that pop into my mind right away are multiplayer related. Those single player memories can be magical. What current game would I want a sequel for? I have talked before about Fallout so I’ll disqualify that from the conversation right now. There are actually a couple I’d be okay with, but one really stands out, and it may be a little bit off of people’s radars. I am not a PC gamer, so when this game came to Xbox I knew nothing about it and bought it on a whim and fell in love with it. I would love to see Edios do a sequel to the, in my opinion under-rated, Deus Ex: Human Revolution. I loved that game and thought it was amazing. I’d be completely okay with another one of those. Hopefully with this next generation of consoles and gaming all-together, that everything really balances so that no matter the gamer, they can find an experience that they will enjoy. Because, in the end, that’s what this is all about – having fun.

Tune in next time for the next instalment of Game On or Game Over. If you have any ideas for our next article, feel free to contact Andy or Nicholas on Twitter!