Home » News » Game On or Game Over: Censorship in the gaming industry – yay or nay? 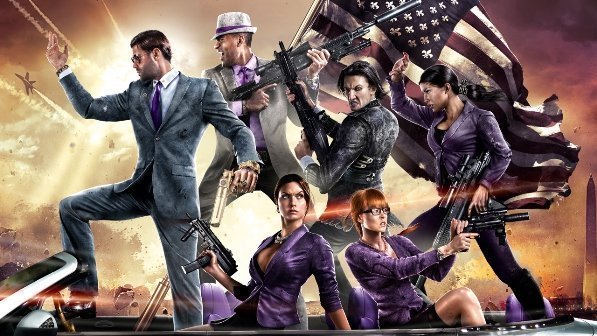 Microsoft versus Sony, Battlefield versus Call of Duty, and Forza versus Gran Turismo. These are some of the rivalries that can get people talking about console wars. To promote solidarity, Stevivor.com and StickyTrigger.com have donated two stunningly brilliant (and good looking) writers to tackle some of gaming’s most controversial subjects. “Game On or Game Over” is your place to get inside the minds of Nicholas and Andy as they seek to find the true meaning of gaming. Both are award winning authors – although the awards haven’t been mailed yet, or created yet, they have won many! Trust us, we wouldn’t lie!

Nicholas: So here’s a topic that I’d be really interested in hearing your thoughts on. Recently, the Australian Classifications Board released a statement advising that Saints Row IV had been refused classification, essentially meaning the game can’t be sold or imported in Australia. To get the ball rolling, I’d like to ask – do you think the Government (of any country) should have the right to ban certain video games?

Andy: Short answer, no. But to go further, in today’s world, I find it completely ludicrous for any type of government to ban a video game. Granted, I don’t have a lot of experience with the Australian Classification Board, but some of the decisions I have seen from them make no sense to me. From my understanding, and correct me if I am wrong, Australia recently passed the R-18 rating so that more ‘mature’ content would be allowed. That new rating lasted what, six months before the Board started sliding right back to where they were?

Personally, I don’t see a government’s role as deciding what content I can and cannot see. Or for them to tell me what is appropriate for me. I’d like to think that as an adult, that I can make those choices for myself. I see video games much like movies and books, it’s a medium that allows those who create it to express their individual visions. It’s should not be up to any government to decide what is and what isn’t included in that vision. I’m guessing that since you live in Australia and experience this Classification Board first-hand you have a much stronger opinion than mine. So, what is your take on the Classification Board or more-so the role all governments should/should not play in games and media?

Nicholas: I guess it’s no surprise that I completely agree with everything you have written above. To answer your question though, I can’t say I’m a fan of the Classifications Board. I understand that they have guidelines, and I understand that they need to work off those guidelines, but I don’t agree with their decisions to refuse classification to games like Saints Row IV or State of Decay. I also find it ridiculous that we had to wait so long for an R18+ rating, when all other types of media already had their own system in place that incorporated an adults-only rating.

The Government (or the Classification Board) should be there to appropriately rate media like games and movies, so that people can know what to expect what they access such material, but I don’t think it’s the job of the government to ban or sensor said material because they think it’s too extreme/inappropriate for people to see. If we look at the case of State of Decay and Saints Row IV, the reason these were refused classification initially, is because the games featured the use of illicit drugs, which actually benefited/enhanced the player. I know that drugs are bad in real-life, but we are talking games here – and I should be able to not only differentiate between what is real or not, but whether I should play the game (or that feature of the game) or not. This leads me to ask, do you think there is every anything that should be considered off-limits – that should never be allowed in a game?

Andy: I may actually surprise you a little here with my answer. I can think of an instance where I am OK with a government saying no to content. That would be the case of Germany and not allowing pretty much anything related to Nazi’s in the media. I may be mistaken, but I believe World at War’s and the much loved Nazi Zombies was not allowed to be called that. There is also a zombie level in Black Ops that prominently features Nazi symbols and I think that had to be removed from the German version. I must say, I’m OK with that to be honest.

But in terms of regular content I just don’t see the common sense behind it. How can anyone say it’s OK to get a headshot multiplier and be rewarded for it, but scavenging for morphine and using it is somehow immoral and should be banned? Digging deeper, and this shouldn’t surprise you, the first game I can actively remember this from was *shock* Fallout 3 (granted it may have happened before, but I remember this one). Bethesda had morphine in that game as well, and due to issues with Australia they simply changed it to “Med-X” and everything was fine. A former hockey coach of mine once said, “You can make chicken soup out of chicken sh*t, but it still tastes like chicken sh*t”. It always boggles my mind at some of the things that politicians decide are important. I know you asked me this very question, but I’d like your take on it as well. Is there anything that you believe should be considered taboo for games? 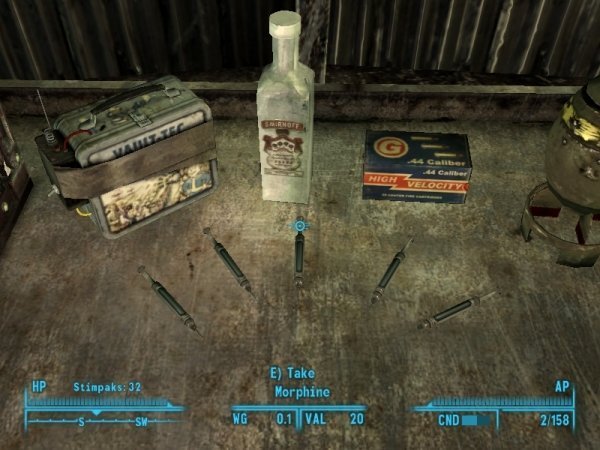 Nicholas: There’s really only one thing for me which comes to mind as being ‘taboo’ for games – and that’s rape. I should clarify though, I’m not talking about the ‘attempted’ rape scene in Tomb Raider, or how people said using the anal probe in Saints Row IV would be considered ‘rape’ either. I’m rather referring to seeing actual scenes of people being forced into sex against their will – which fortunately, I haven’t seen happen in a game so far, and which I REALLY doubt any developer would find the need to include it either. Adults should be able to handle themes like sexual assault in games (like the scene in Tomb Raider), but that’s really as far as I’d ever want to see it go (if that makes sense). Rape is such a heinous crime in real-life that I don’t think it should ever have a place in a game.

I look at games like Manhunt and I disagree that it should have been banned. I think that it should be emphasized just how excessively dark the game is, but to ban it – when I can play games like GTA IV and go on murderous rampages just the same, seems completely ridiculous to me. Moving on though, people often talk about though how games are different to movies because games are interactive – where you are pressing buttons to actually perform these actions, rather than merely watch them in a film. What do you think of this? Does it hold any merit?

Andy: Man, on one hand I can understand that line of thinking, yet on the other hand, me pushing a button on a controller (or keyboard) to make a fictitious character do something does not mean I would do it myself. I mean, there have been a few games I have played where I’ve shot dogs, and that is by far the farthest thing I would ever even think of doing. I think all media; games, movies, books, etc. should be treated the same. If I am an adult, trust me to make the best decision for me. After all, isn’t that the very thing the ratings programs are for – to keep content away from those not old enough to make informed decisions? If there already is a mechanism in place – ratings – to control content to minors, shouldn’t they trust in those ratings and let them do what they were intended to do? 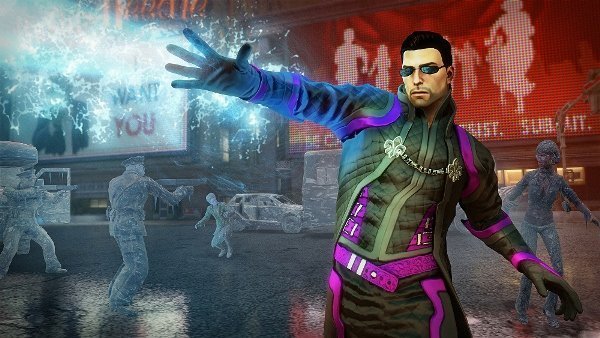 Nicholas: Ideally that should be the case, but I wonder if it isn’t because everyone knows that ratings essentially mean nothing. I mean, you know as well as I do that you can put as many MA15+ stickers on a video game box and there will still be parents who purchase the latest Call of Duty game for their young child, or even Grand Theft Auto for that matter. I think you hit the nail on the head though – it really should be up to the adult (if the game does contain content which pushes it into an ‘adults only’ category) to make the choice on whether they play the game or not.

Andy: With every fibre of my being I hate and detest any form of censorship. It goes against common logic in almost every sense. I will even say this, and I know many will throw their hands up in the air and scream – I am okay with kids playing Call of Duty, Dead Space, Mass Effect, or any other M/R18+ rated game. Why? Because that’s not for me to decide, it’s as simple as that. If a parent of a child deems it okay for their son or daughter to play an M/R18+ game, watch a R18+ rated movie, or read a book about whatever subject, that’s their right. I am in no position to tell anyone what they should, or should not be doing. Kids hear, read about, and see graphic images of school shootings, child abductions, and any number of things – they are exposed to coarse language and drugs all the time. Instead of insulation them from seeing it in a video game, why not educate them. Use everyday life to teach not exclude and pretend it’s not there.

On a broader scale though, a good government is one that empowers the people to make decisions that are best for them. Too many governments now are becoming our nannies and skipping our decisions all together because they know best for us. Too many governments, all around the world (United States included), have proven that they do not know what’s best for everyone. It’s a vocal minority that get changes and regulations on what they “want”, not what’s best for everyone. Saints Row getting an MA15+ rating with content cut from the game is a slap in the face to gamers and rational people everywhere. I’m not even from Australia, nor am I a Saints Row fan, but it comes across as idiocy and a few people thinking they know what’s best for every Australian. I’ll close by saying, let me make the choices I think are best for me – and let others make those same choices. After all; I am the person who best knows me and my circumstances.

Tune in next time for the next instalment of “Game On or Game Over.” If you have any ideas for our next article, feel free to contact Andy or Nicholas on Twitter!