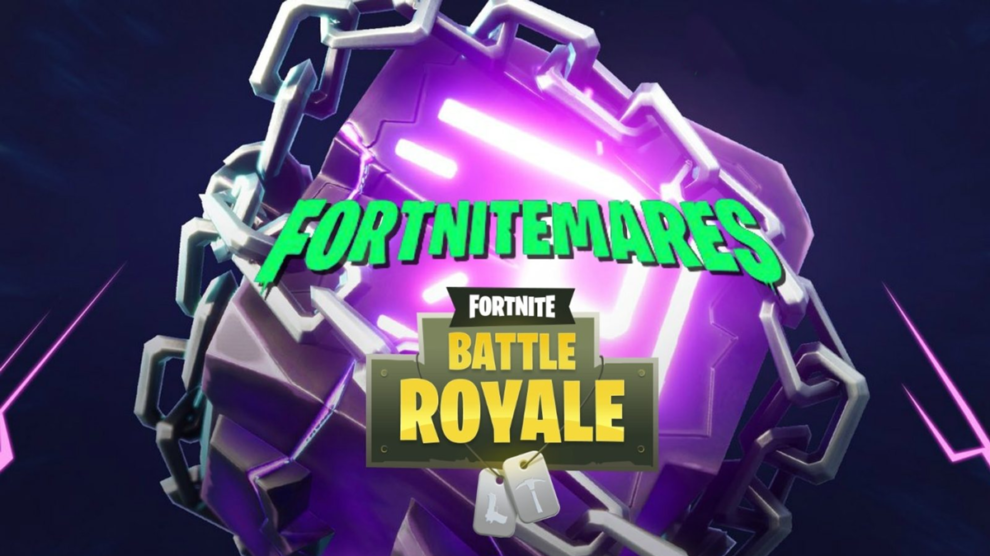 “During Fortnitemares, you’ll face off against Cube Monsters in a whole new way of playing Battle Royale. Cube Fragments have now appeared on the map and they’re spawning monsters,” Epic said of the event.

“There are new weapons to fight back against these creepy creatures, like the Six Shooter and Fiend Hunter Crossbow. Take out the Cube Fiends and Fragments to pick up loot, and survive against enemy players.”

Fortnitemares has its own set of free challenges that will potentially reward those who complete them with the Dark Engine Glider.

A number of teases have been posted up on Twitter, each suggesting we’ll be treated with new Halloween-themed skins and emotes. The tweets are a bit cryptic, so they could end up being a trick (see what we did there?).

“Costumes and dancing, / Partner up, be wise. / They could be friendly, / Or a ghoul in disguise,” the first tweet read, also with a #Fortnitemares hashtag attached.

A second tweet seems to describe the event itself.

“Tombstones quake, / Keep your finger steady. / The circle will close, / Better be ready,” it read.

Nothing’s been confirmed as yet; we’ll keep you posted. Are you excited about the prospect of Fortnitemares?