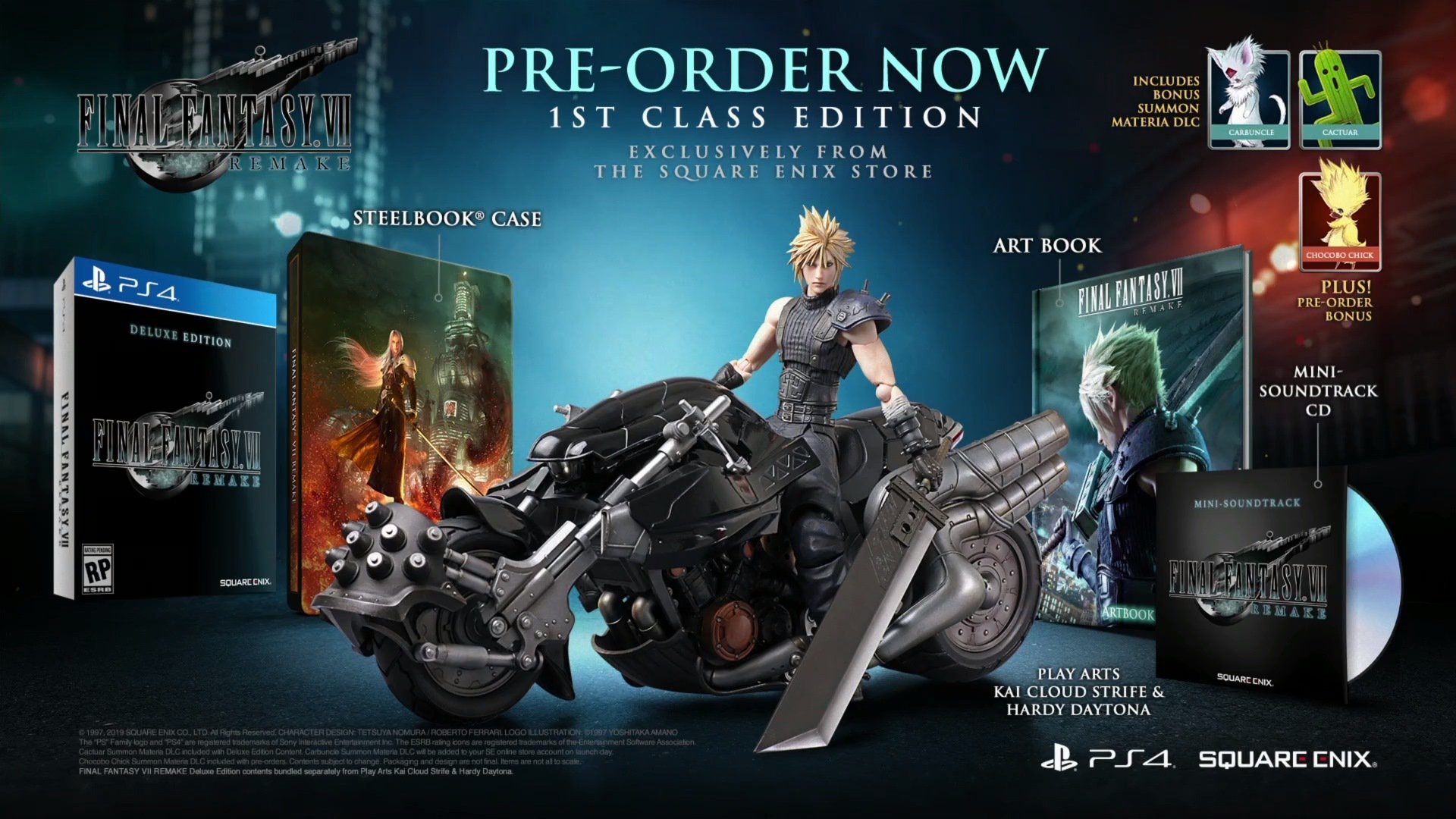 The Final Fantasy 7 Remake Collector’s Edition has been today detailed by Square Enix at its E3 2019 press conference.

Available for pre-order now, the Collector’s Edition is actually called the 1st Class Edition and contains the following:

Final Fantasy 7 Remake is confirmed for a release on PS4 on 3 March 2020, though we expect it on Xbox One as well. Here’s hoping!