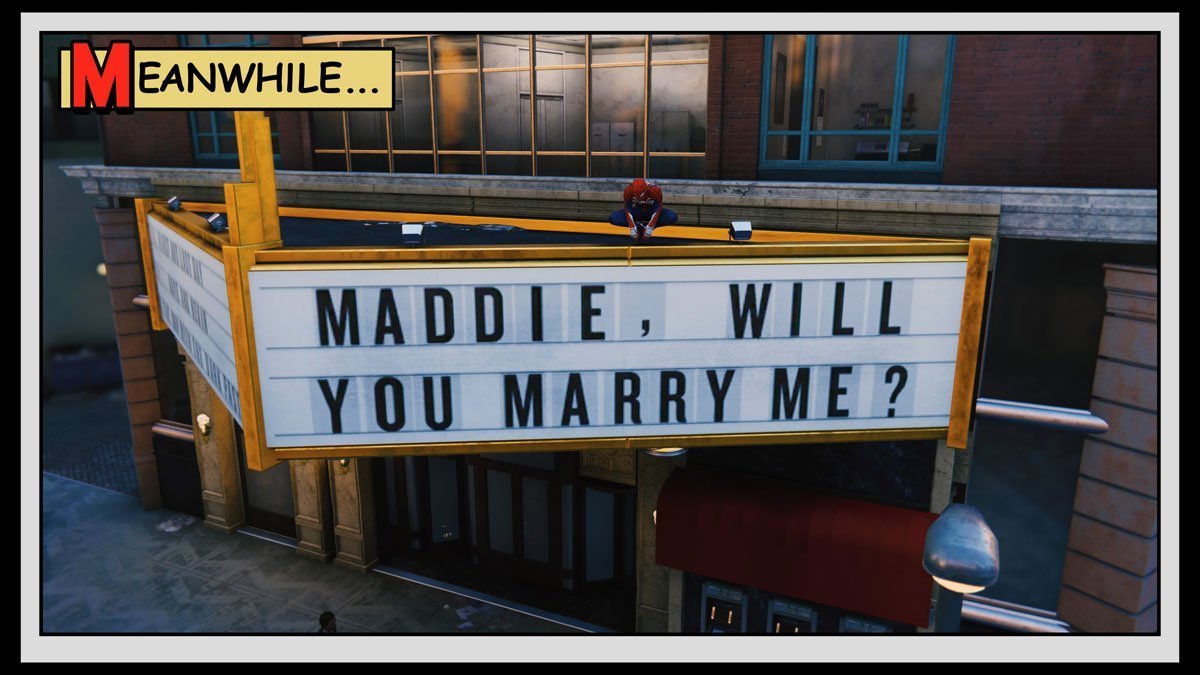 Spidey superfan Tyler Schultz had planned to use the game to ask his girlfriend Madison to marry him, but sadly, their relationship ended before the game had even launched.

Schultz took to YouTube to explain the situation, saying he wanted to one-up a marriage proposal he saw made at a convention.

Schultz took to Twitter to arrange the in-game proposal, asking developer Insomniac to help him out.

@EvanFilarca #spideysquad I need your help. This may be selfish, but I’m ready to propose to my girlfriend and want to do it in a big way. @insomniacgames @bryanintihar @BillRosemann is there anyway you can put an Easter egg of “Madison, will you marry me?” Anywhere in the game?

Insomniac complied… as you can see in-game, above (and with good use of the game’s new photo mode, we might add). If you want to check out the sign for yourself, it’s in an intersection northwest of the Financial District’s Police Station fast travel point (see below).

To its credit, Insomniac has also offered to change the sign’s content in an upcoming patch. It’s likely Schultz will ask to have the sign honour his Grandmother, the woman who got him into Spider-man (thanks, Kotaku).

What do you make of this crazy story?

Spider-Man is out now on PS4.