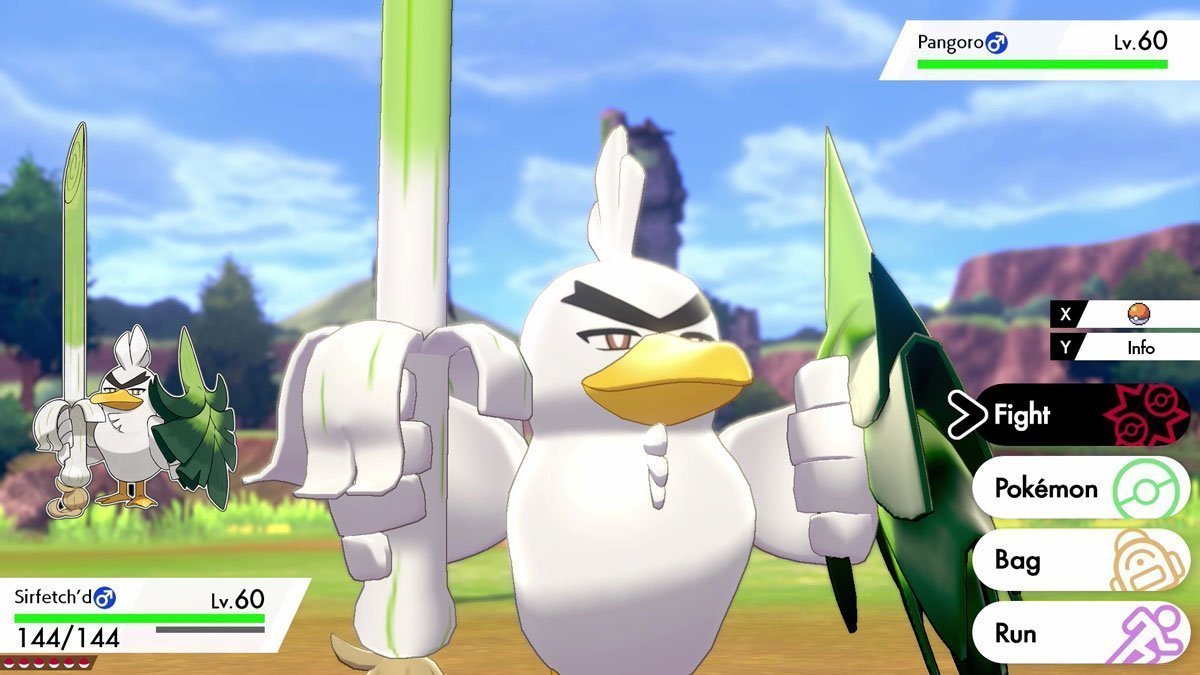 I mean, look at that leek sword.

Sirfetch’d is the name of the Pokemon Sword version exclusive variant of Farfetch’d and it’s totally awesome.

Sirfetch’d looks pretty similar to Farfetch’d but, you know, has a gigantic leek sword and leak stalk shield. It basically wins the internet, as you can immediately tell from the image above.

To get Sirfetch’d, Pokemon Sword players will been to catch a Galar region Farfetch’d and evolve it by means other than just “experiencing many battles.” There’s no word on what that entails as yet.

According to Nintendo and Game Freak, Sirfetch’des (?) are “are calm and collected, and they make a point of always battling fairly. They are so noble in battle that they are often chosen as a motif for paintings. Of particular note is a painting—famous in the Galar region—that depicts a duel between a Sirfetch’d and an Escavalier.”

Sirfetch’d leek weaponry was also detailed; our new favourite “maintains this leek over the span of many years and treasures it more than anything. When its leek finally withers, Sirfetch’d will leave the battlefield and retire from battling entirely.”

Pokémon Sword and Shield heads to Nintendo Switch on 15 November.