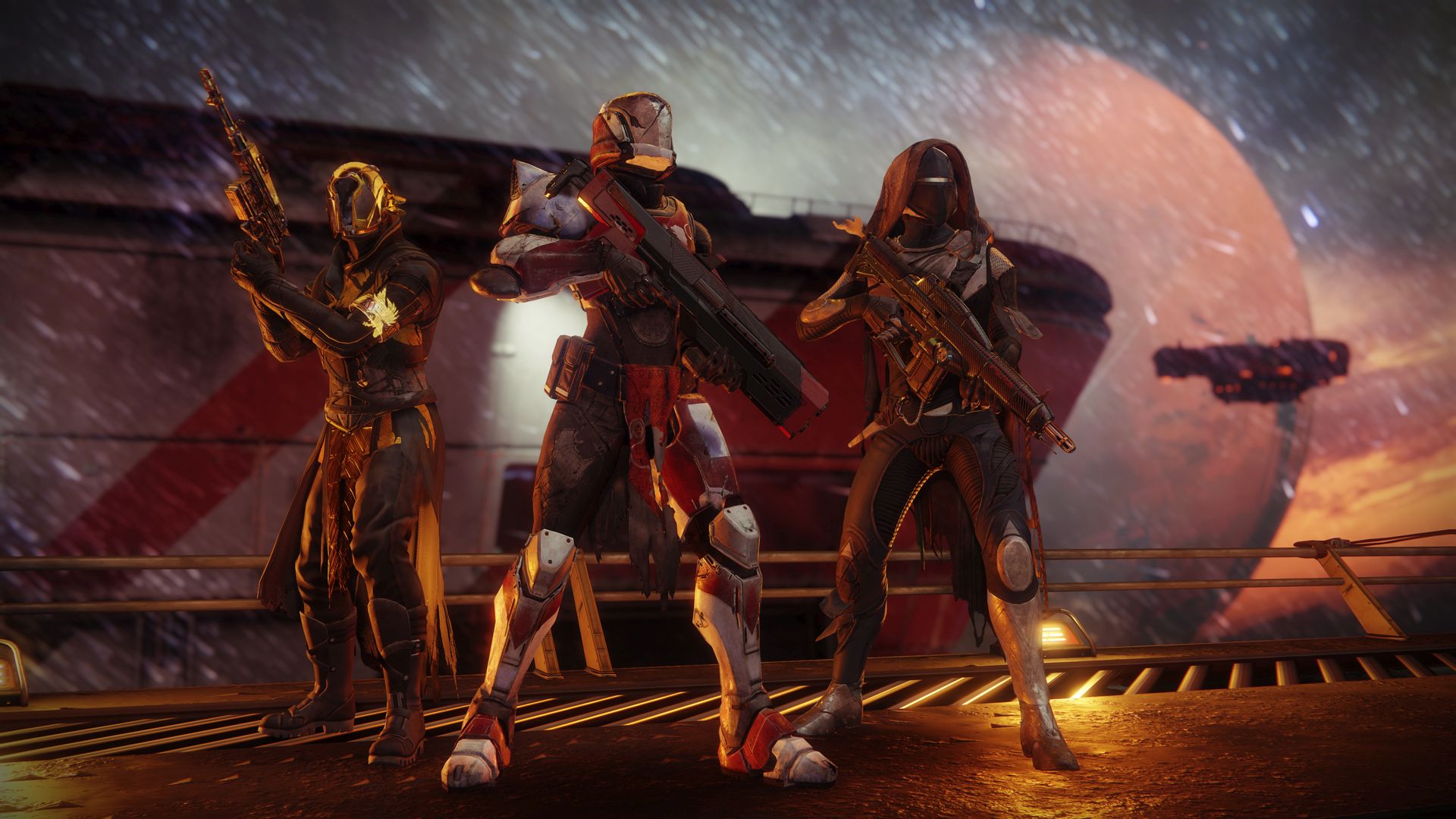 Bungie says we'll get the functionality in the next few months.

Bungie has detailed Destiny 2 cross-save functionality ahead of its release in the next few months.

Confirming the feature will drop “later this [North American] summer” — so likely within June or July, cross-saves will work between all available platforms. What’s more, the feature looks to be compatible with Google Stadia once available.

“We believe that Destiny is better with friends and that you should be able to play with them anywhere,” developer Bungie detailed in an FAQ about the functionality. “Cross Save will enable you to select an active group of characters and play them on any of your connected accounts. You will be able to set up your Cross Save later this [year].”

A ViDoc detailed the process (and is below), confirming that players will be able to link a Bungie account to multiple consoles — Windows PC, Xbox One, PS4 and Stadia — and play between those platforms. For those with existing characters on multiple platforms, you’ll have to choose the account that’s dominant. As an example, I’d pick my 696 Titan on Xbox One rather than my 350 Titan on PC. Once I’ve chosen that, I’ll be able to use my 696 Titan on all platforms.

Moreover, it was confirmed that things like Silver and purchased expansions don’t carry over between platforms. If you’ve Silver on Xbox One, you’ll need to spend it on Xbox One. The same is true for expansions like Forsaken; just because you own it on Xbox One doesn’t mean you’ve the right to play it on PS4 — you’ll have to buy it per-platform.

Destiny 2 is available now on Windows PC, Xbox One and PS4. It heads to Stadia alongside the new Shadowkeep expansion on 17 September.