Quantic Dream studio head David Cage has responded to allegations the studio has an unhealthy studio culture with employees conducting themselves in inappropriate manners, calling reports a “smear campaign”.

“I don’t think we had an aggressive attitude,” Cage told Edge Magazine (via Eurogamer). “When you’re accused of things that go against everything you believe in, everything you’ve done in your life, it hurts. It went beyond just attacking the studio culture.”

In 2018 and 2019, reports of Quantic Dream’s culture surfaced and included allegations of employees photoshopping colleagues’ heads onto the bodies of Nazi soldiers or half-naked women. Another report alleged that co-head Guillaume de Fondaumière forcibly kissed female employees and that Cage himself allegedly asked a Tunisian employee if he was related to a robber depicted on surveillance vision.

A French workers’ union called Solidaires Informatique even went as far as to allege Cage said that “we don’t make games for fags.”

Cage’s response to the allegations back in 2018 mirror what he’s told Edge today.

Back to 2022, and Cage continues to deny the allegations.

“Of course, like any human organisation, we are not perfect by any means,” Cage said. “But are we the kind of studio that was described? Our employees have said repeatedly: it’s not true. Can we improve? Yes. Have we made mistakes in the past? Probably. But we had to do something about what was being said. We were so hurt by specific allegations that we know are wrong or false, that we had to defend ourselves. We wanted people to hear our voice.” 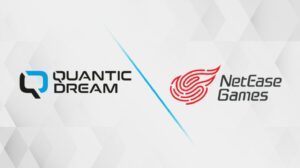