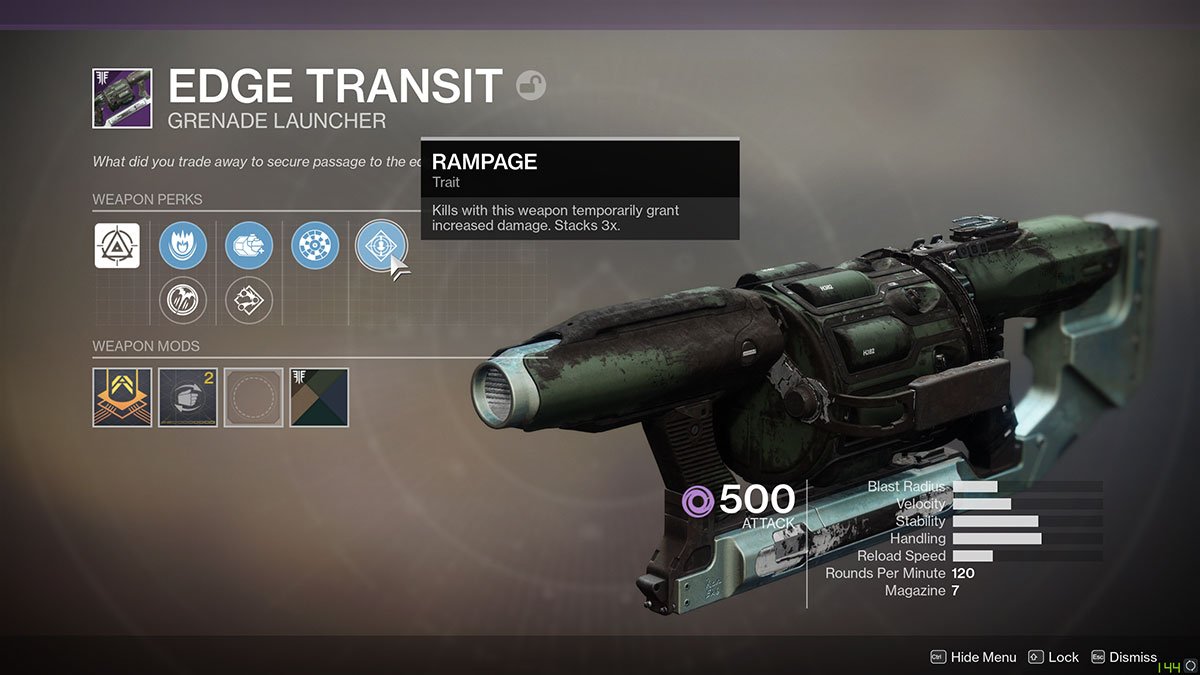 It's not just you.

The Edge Transit has been a running joke — dare we say meme — since the launch of Forsaken, with most players complaining that they’ve received countless drops of the weapon (and not much else).

Bungie used its weekly update to confirm that the weapon’s drop rates are off.

“Since the launch of Destiny 2: Forsaken, we have heard player feedback regarding the aggressive drop rates of the Edge Transit Grenade Launcher,” Bungie wrote. “Our investigation has confirmed that this weapon is dropping more frequently than intended, and we are pursuing a fix for a future update.”

If you’ve got oodles of Edge Transits and not sure which one to keep, we’d recommend the handy folks over at the ShardItOrKeepIt subreddit.