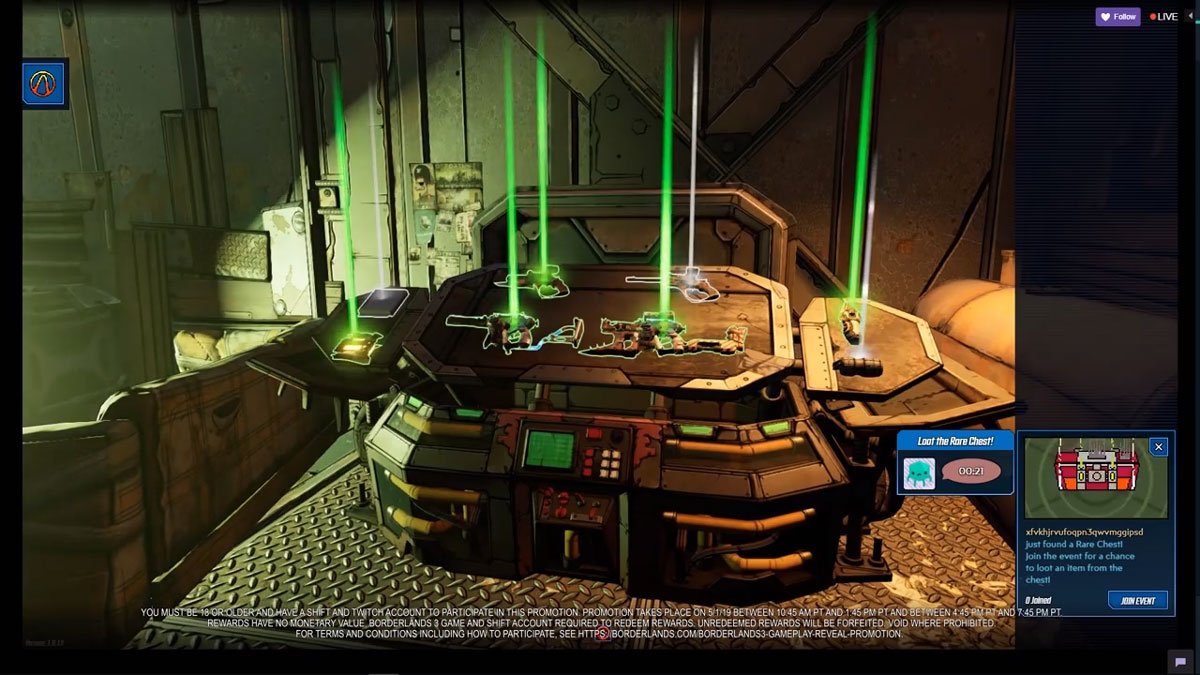 Fancy some loot just by watching others play?

A special Borderlands 3 ECHOcast Twitch extension will allow those viewing a Twitch livestream the chance for in-game loot.

The extension will first let those watching a Borderlands 3 stream to inspect that streamer’s loadout, inventory and skill trees as he or she plays. Using a special overlay, spectators can select a weapon to see specifics about it.

Moreover, ECHOcast will let viewers interact with special chests in the game — when a streamer finds one, those watching will have a limited time to interact with the stream and be able to potentially claim some loot. Of those watching, one viewer who’s opted-in will be selected at random and will be able to choose a piece of loot from the chest. That item will be scaled to the viewer’s own level and will be available in her or her own game.

The Borderlands 3 ECHOcast Twitch extension will be live from 1 May, coinciding with a special livestream reveal event for the game. Stevivor’s very own Luke Lawrie is over in the USA checking the game out, and will likely provide viewers the chance at said loot. nice, eh?

Borderlands 3 is available from 13 September on Windows PC, Xbox One and PS4.