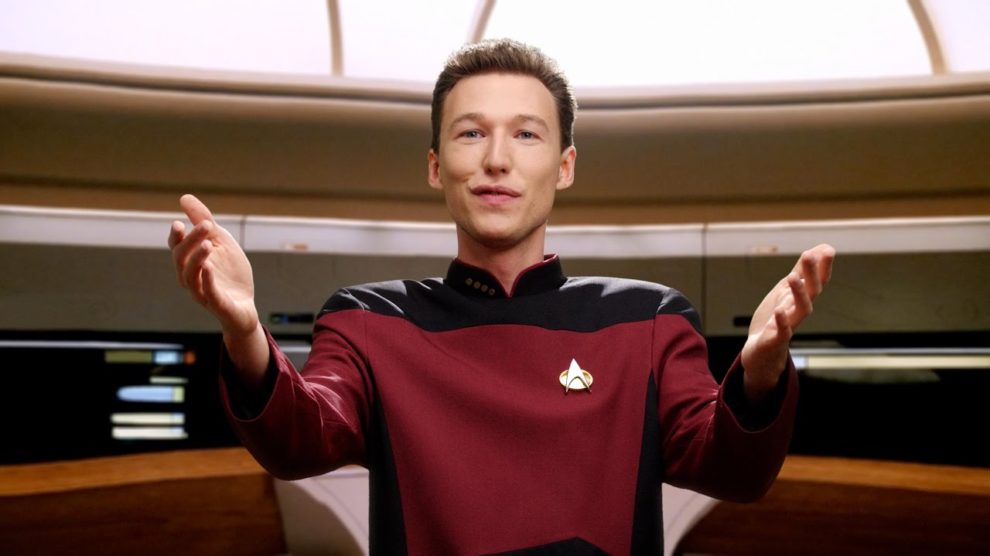 Popular YouTube remixer Nick ‘Pogo’ Bertke has been criticised for homophobia this week after making his views known in a recently discovered video. Already, one video game has taken steps to distance itself from the creator.

Bertke, who has over 700,000 subscribers and is known for successful Disney remixes among other works, was called out after he described why he named his YouTube channel “Fagottron”.

“I’m going to be totally straight up and down … I came up with ‘Fagottron’ because I’ve always had a very thorough dislike of homosexuals,” Bertke said in a video found on the Bertke Archives YouTube account, as reported by Towleroad (via Kotaku).

Bertke’s comments have already impacted the video games industry, with popular Star Trek: The Next Generation bridge simulator Stage 9 removing a video from Bertke that was previously the centerpiece of a fan-favourite feature.

Currently, Stage 9 has a button on the Enterprise-D bridge that activates “Disco mode”, bathing the bridge in colourful lights while Bertke’s “Data & Picard” remix is played on the main viewscreen. The simulator’s developers have confirmed the video will be removed in a future update.

“You’re probably aware of ‘Disco mode’ on the main Bridge of Stage 9,” developer Scragnog wrote in an update posted on Discord. “When activated, it plays a Trek-themed music video on the viewscreen created by a popular Youtuber.

“Given some recent comments and statements made recently by this content creator, we’ll be removing this particular music video for all future releases.

“We’ll be looking to replace the video for Disco Mode with something great (maybe even give the player a choice of things to watch!) for the next release.

“We may offer a patch to replace the existing video in v10 with a new one, but if we do, this will be entirely optional.”

Stage 9 is a not-for-profit simulator available on Windows PC and Mac. You can download the simulator for free, right here.