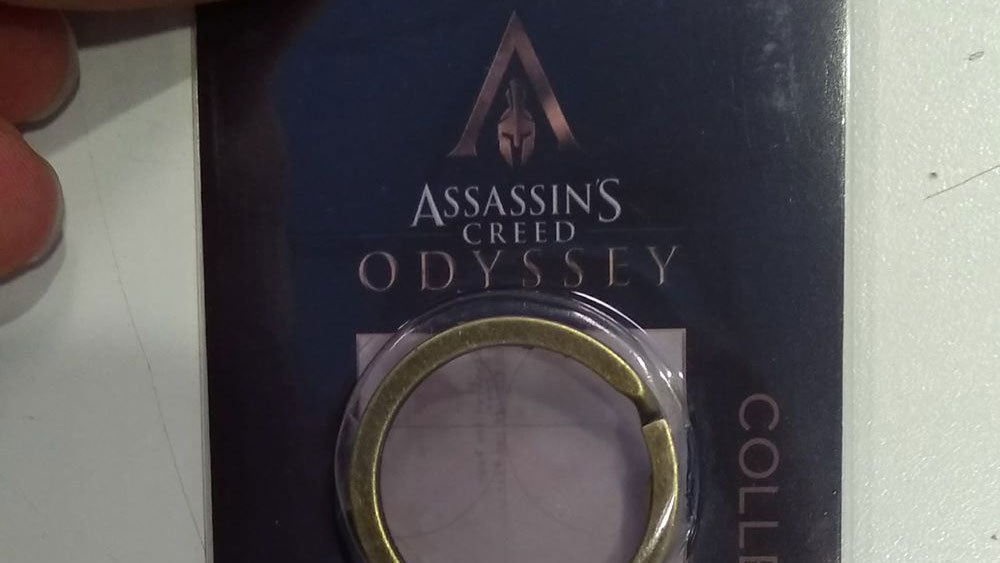 Ubi alllllmost made it to E3...

See you at E3! pic.twitter.com/03NTPhCkCf

We’ll see more of the title at E3.

Original story: Assassin’s Creed Odyssey has been leaked by a keychain that will be used to promote the upcoming title.

As discovered by French site JeuxVideoLive, the keychain (shown in part above) appears to have been sent to retail stores ahead of a reveal at E3. Oops.

The keychain sports a Grecian Spartan helmet, leading many to believe the next installment in the popular series will be set in Greece.

The piece of merchandise seems to confirm rumours that began back in March of this year.