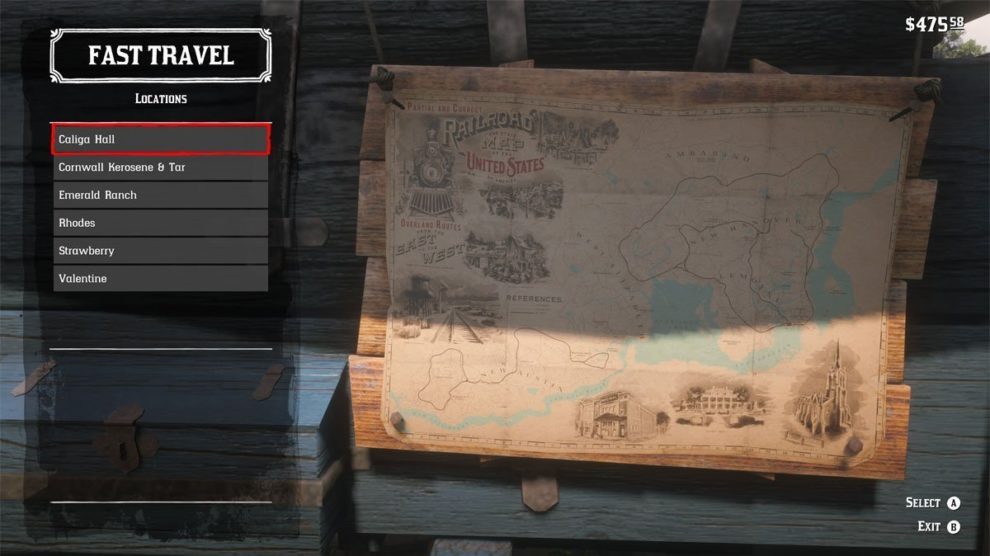 There are no taxis to text on a smartphone from Emerald Ranch — but the good news is there are ways to fast travel in Red Dead Redemption 2. It doesn’t draw attention to them like most open world games, but the long treks on horseback will have you seek them out on your own accord.

There are four ways to fast travel, or at least travel easier. One is an actual fast travel option from camp to previously discovered settlements, which can be unlocked during Chapter 2. Both trains and stagecoaches are available from the beginning of Chapter 2, and while Cinematic Camera auto-ride isn’t necessarily faster, it is the best way to travel long distances by horse.

How to unlock camp fast travel

Fast travel from camp to previously discovered settlements can be unlocked during Chapter 2 by completing the “Lending Money and Other Sins” missions for Leopold Strauss. This is a three-parter that sends you after three debtors who owe money to the German businessman. Naturally none can pay him back, so you’ll need to work on your art of persuasion.

Once you’ve completed at least one of the “Lending Money and Other Sins” missions, return to camp and chat to Strauss. You’ll now be able to upgrade the camp using the ledger, and will need at least $545 to unlock fast travel. 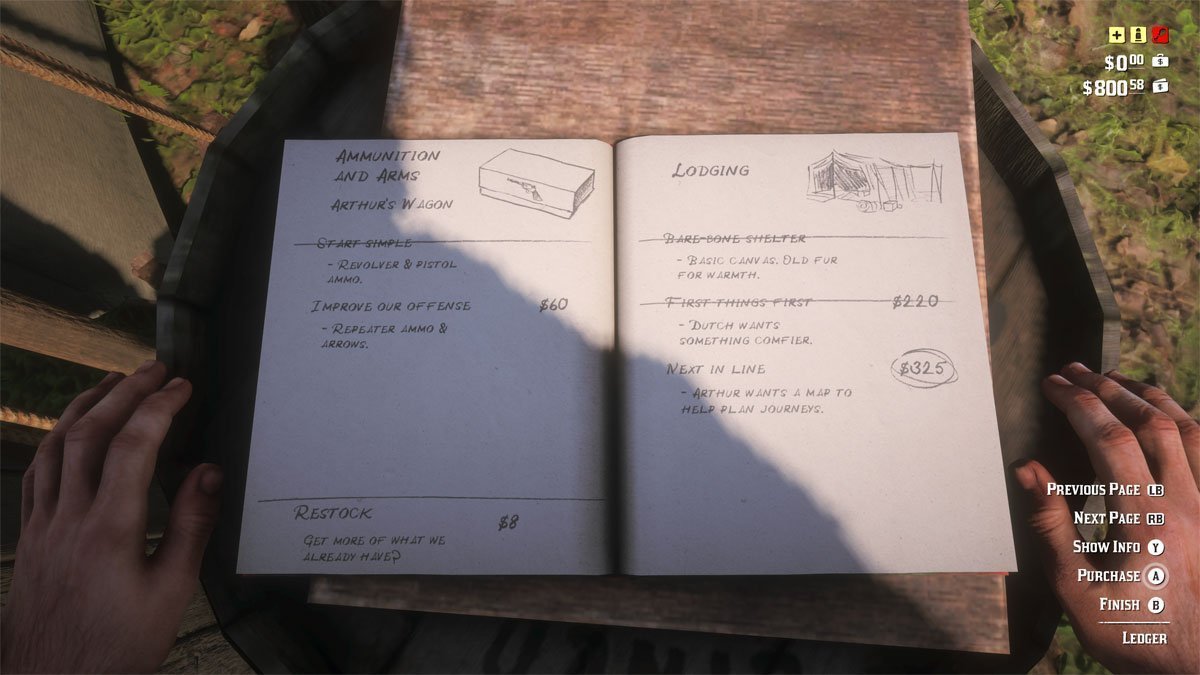 Open the ledger, navigate to the “Lodging” page and unlock the following:

Head around to the back of Arthur’s wagon/tent arrangement, where you will find the fast travel map. It’s free to travel to any of the major settlements you have already visited. 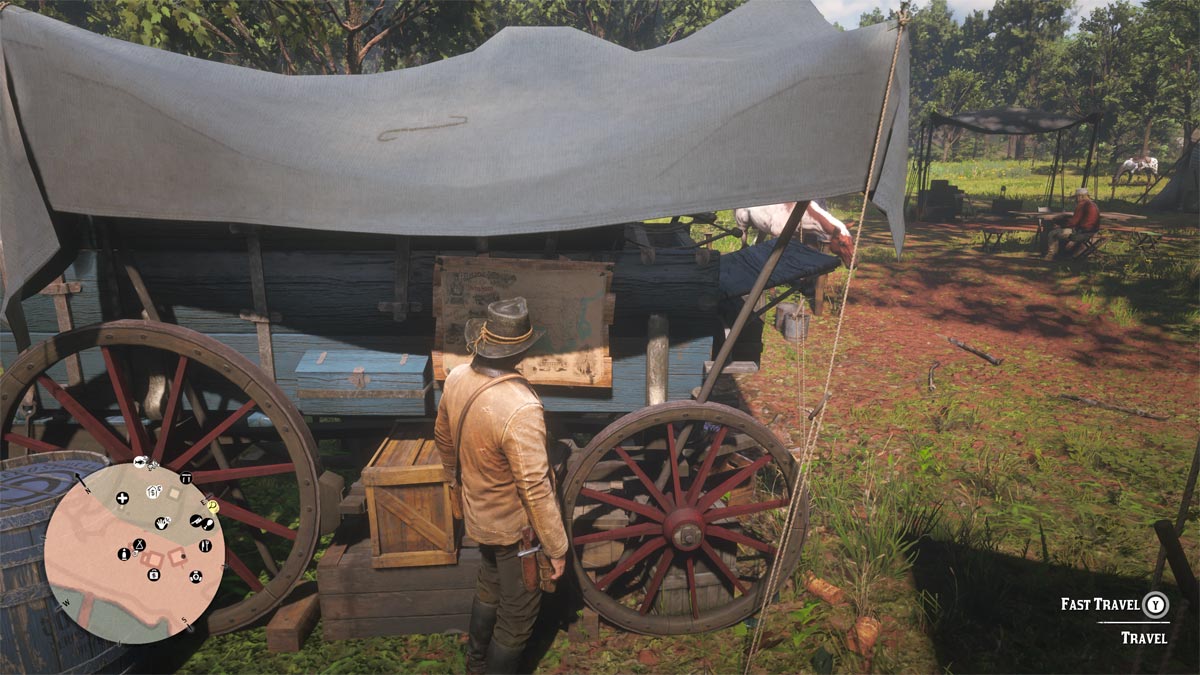 This is definitely the fastest way to return to previous locations, but it only works one way. You can fast travel from camp to a location, but not back to camp again.

For that you’ll still need to use:

Even once you have unlocked camp fast travel, trains and stagecoaches come in handy to allow you to return to camp, or at least a location nearer to camp — the second camp location is just a short ride by horseback from Rhodes Station, for example.

Both cost money, further locations command more expensive tickets, but they venture to different areas. Trains and stagecoaches both go to major cities, like Valentine and Rhodes, but also some different locations. 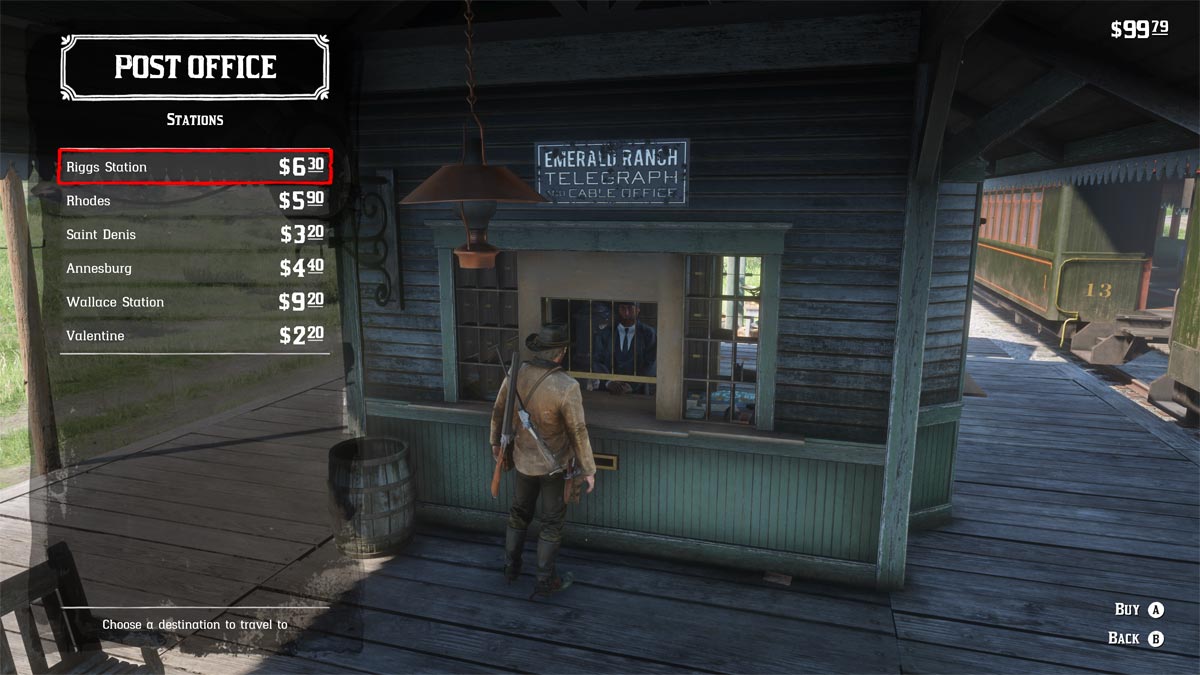 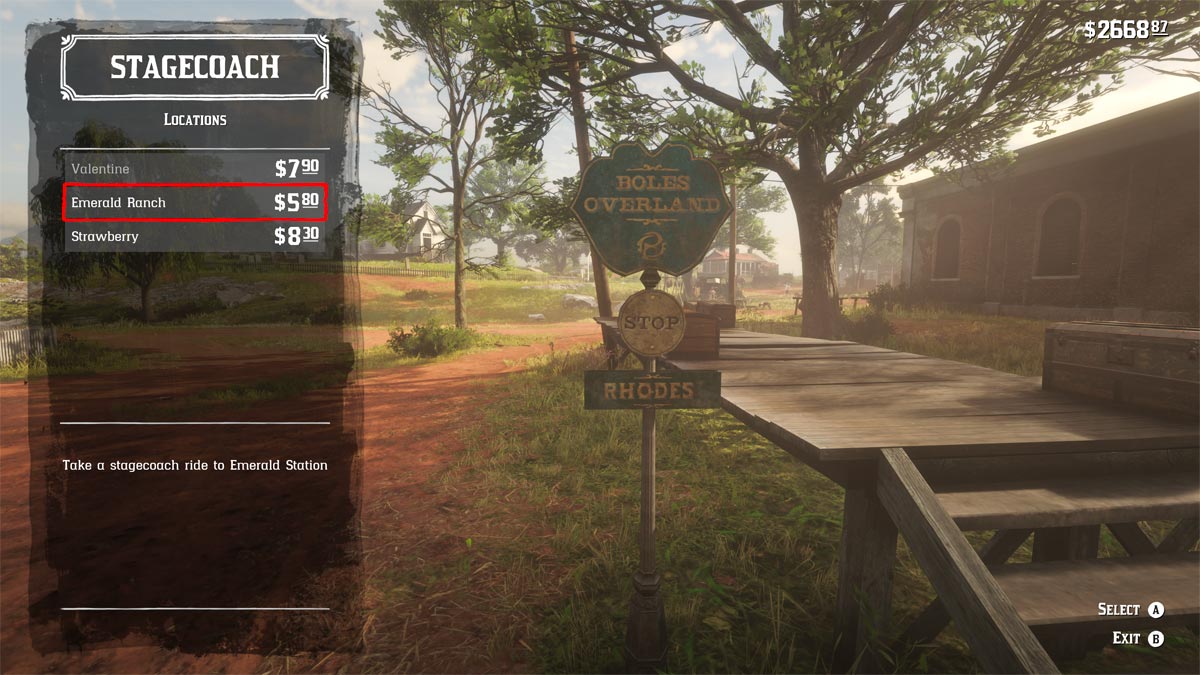 This isn’t a faster way to travel, but it is a much easier way to travel. With a waypoint active, either set manually or by a mission, put your horse on the right track and then enter Cinematic Camera mode, double tap A/X to increase to a gallop, and your horse will automatically follow the roads and trails to the destination.

It’s important to ensure you set your horse on the right track first. It has to be already following the waypoint path when you enter Cinematic Camera, or else it won’t follow it. It will also veer off course if you move the left control stick while it is automatically following a course. 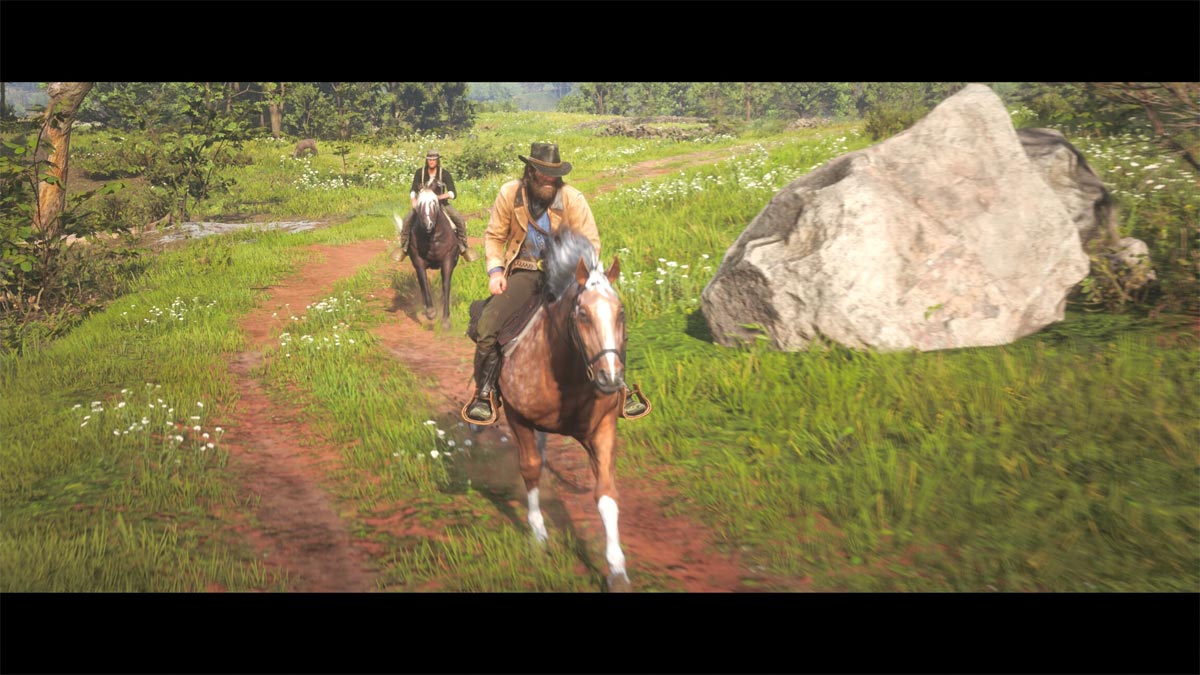 Cinematic auto-ride makes Red Dead Redemption 2 a much more relaxing experience, and allows you to enjoy the amazing views Rockstar has packed into the landscape without having to worry about navigation. Just be careful not to stray too far from your TV. I often went to check on dinner, or reply to a fiery Tweet, only to come under attack from those pesky bounty hunters.

Auto-ride while following a character

If you are following a character, rather than a waypoint, you can still enter Cinematic mode to make your AI horse do all of the work; but you can’t put down the controller. Your loyal stead will follow its leader, but if you let go of the A/X button, it will no longer match his or her speed and stop dead in his/her tracks.

Even with camp fast travel, trains and stagecoaches, you will spend hours following waypoints and NPCs on horseback in Red Dead Redemption 2. Set it to cruise control by entering Cinematic Camera mode for a more enjoyable ride.

What about fast travel from the map?