Stevivor
Home Guides Rage 2 BFG 9000 guide: How to get it, what ammo costs 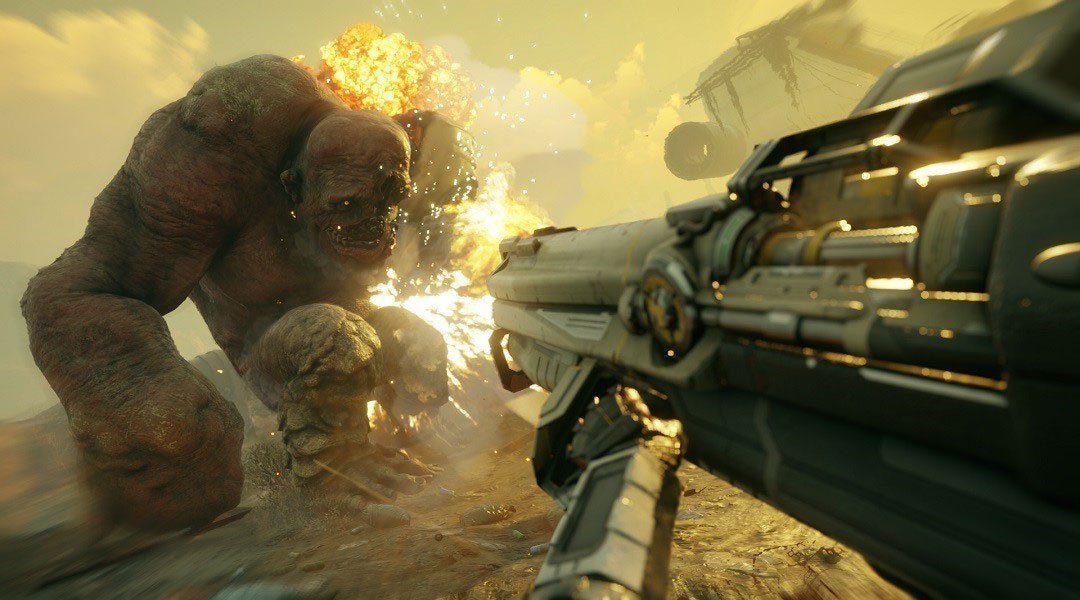 Rage 2 is out now, and those who’ve purchased its Deluxe Edition will gain access to Doom‘s powerful BFG 9000 weapon. Here’s how to find it and start using it to mow down mutants in the wasteland.

As we’ve pointed out, you’ll need the Rage 2 Deluxe Edition to get the BFG 9000. That’s not enough, though — after you start the game, you’ll need to track the weapon down and pick it up before it’s part of your inventory.

The BFG 9000 comes into your possession through a fallen meteorite. It lands north of Vineland, Rage 2‘s starting area. Once you gain access to your first vehicle, the Phoenix, look on the map and target a three-way intersection north of your position. As you approach the area in the Phoenix, you’ll be able to see the meteroite’s wreckage with ease.

There’s no time restriction to get the BFG either — it’ll be there in that position until you pick it up.

Your fancy new powerful weapon only holds 7 shots at a time (though you’re only given 3 shots to begin with), and ammo isn’t found scattered across the world. Instead, players are required to purchase new capsule from vendors for the whopping cost of $1,000 per shot. Shoot accordingly, eh?

Rage 2 is available now on Windows PC, Xbox One and PS4. We’re reviewing the game here.