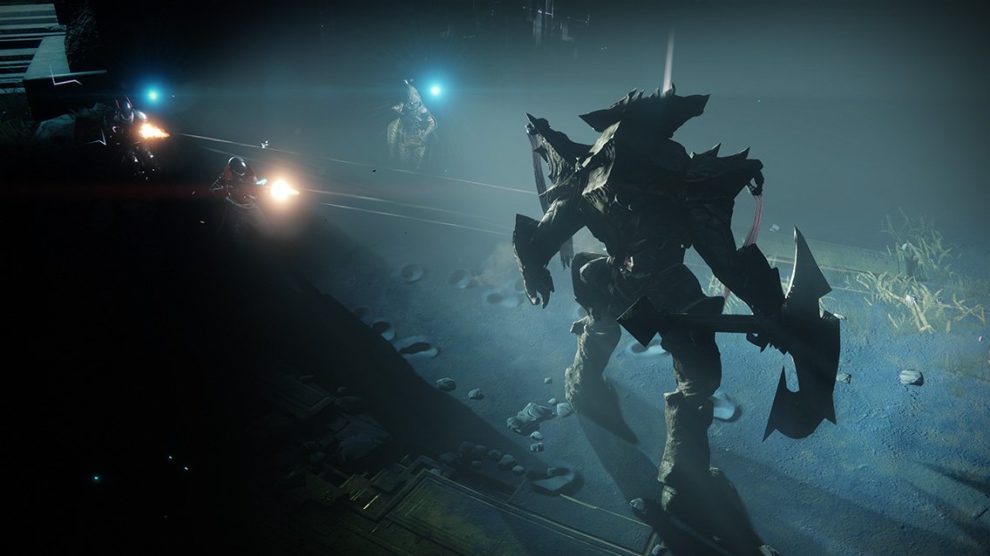 Destiny 2‘s Shattered Throne dungeon is once again active and very important — you can earn the Wish Ender Exotic and progress the Black Armory’s Mysterious Box questline with it. We’ve prepared a bit of a guide to help you out.

First, you can get to the dungeon by heading through a portal located near the Oracle Engine. If you’d prefer, you can also head to the northwest section of The Dreaming City, heading through Harbinger’s Seclude. Either way, you’ll end up in The Confluence. Head through that area until you find a portal.

Once in Mara Sov’s Throneworld, travel down the (rather linear) path until you encounter enemies. Wipe the enemies and their boss, the Labyrinth Architect. Once that’s done, you’ll be shown a symbol; your task then is to find a room with that same symbol. It’ll be filled with enemies — and at this point, it’s rinse and repeat until you’re lead into a room with a hole in its floor.

After receiving a fancy loot drop, head down the next area and then back up using the stairs. You’ll then be tasked to traverse over beams — watch out for Ogres that spawn nearby. Take them out quickly and move to your objective slowly as the Ogres are very good at knocking you off your perch.

Here, you’ll taken on the Ogre boss called Eleusinia. He’ll be in a room with four plates and Wizards called the Keepers of Petitions. When you kill a Wizard, it’ll drop an orb that will mark you with the Petitioner’s Mark debuff. You need to keep the debuff’s timer from hitting 0:00 by killing additional Wizards. Once all four are dispatched and their orbs collected, the debuff will change to Petitioner’s Burden. Take the orb you have to one fo the room’s four plates and you’ll take the Ogre’s shields down. Fire away, then rinse and repeat the process as needed.

With the Ogre bested, head forward to the final boss: Dul Incaru, the Eternal Return alongside its Taken Knight guards. Kill the Taken Knights and collect the orbs they drop to receive the Finite Thought buff. It’ll let you cause damage to the enemy, but be careful — you’ll die if you let the buff’s timer run down to 0:00. There’s a well in the middle of the room — use that to remove the buff before time ends. Occasionally, the Taken Knights will get shielding; that can be removed by shooting a large crystal that spawns in the back of the room. Rinse, repeat and you’re done! Look into the Wish Ender Exotic Bow quest next.

Work better off a video? Easy done — it’s below, thanks to Datto.