Stevivor
Home Guides Destiny 2 Light-Fused Fractaline explained: What it is, how to use it 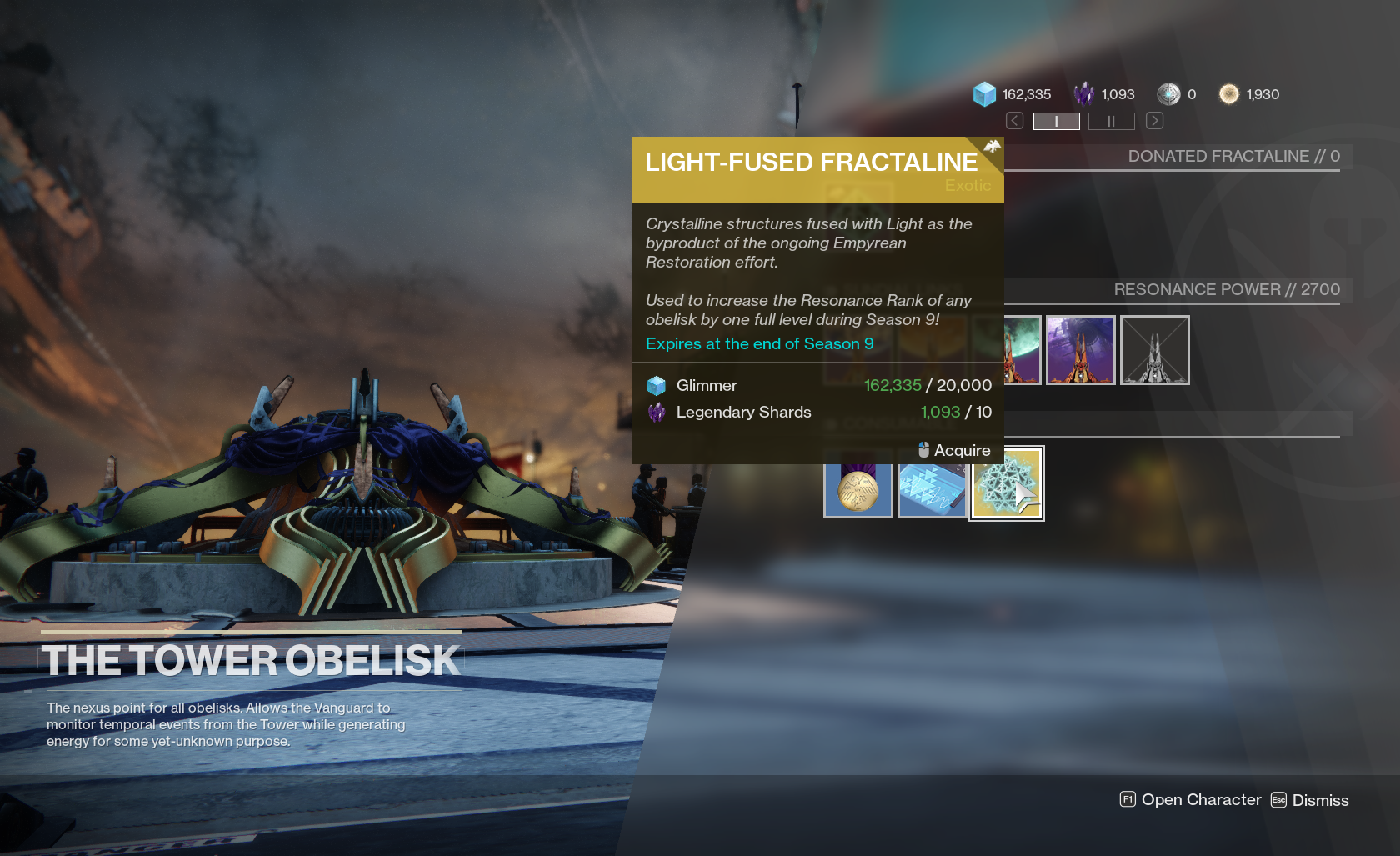 Destiny 2 Light-Fused Fractaline explained: What it is, how to use it

And how it fits into the Empyrean Foundation quest.

Destiny 2 has been updated to include the Empyrean Foundation questline, a community-based effort that will offer rewards and likely bring the Trials of Osiris back to the game. This post explains the quest and how new Light-Fused Fractaline can ultimately help you with it.

How the Empyrean Foundation works

First, here’s how to start the Cornerstone quest that feeds directly into the Empyrean Foundation:

From there, you’ll have to help other Guardians by donating Fractaline into the general pool. As stated, the total amount of Fractaline donated will feed into a series of staged objectives for Guardians, as follows:

Guardians who personally donate 5,000 Fractaline will receive a Triumph and an Emblem for their efforts; if we hit all obectives, we’ll also receive a new Shader. Moreover, you’ll also earn 25% progress on Timelost bounties when donating (the required) 100 Fractaline, so make sure to stock up on bounties before you donate.

As you’ll also receive Fractaline rewards each week based on the levels you’ve built your Obelisks to, it’s advised that you don’t collect your rewards until as close to the weekly reset (early Wednesday morning, AEDT) as possible to maximise those rewards.

The higher your Obelisks are, the more rewards you receive at the end of the week. With a single Light-Fused Fractaline costing 20,000 Glimmer and 10 Legendary Shards, it’s defintely worth buying a bunch to dump into the four Obelisks. It also saves you from using regular Fractaline to do so when you could instead be donating it to the cause.

Bonus: How to farm regular Fractaline

These are the easiest (and only, really) ways to earn regular Fractaline to then contribute to the pool: