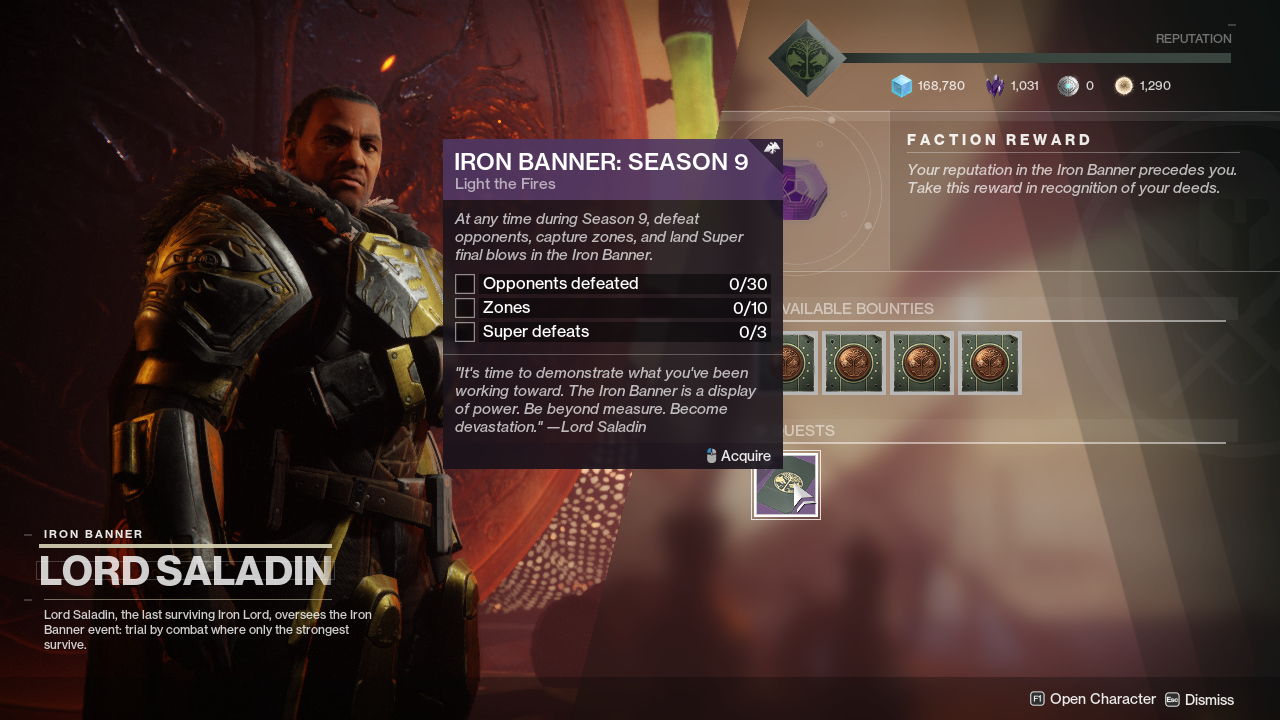 Haven't sorted the quest yet? You'll need to before you can earn rewards.

Destiny 2 Iron Banner has returned for the third time in Season 9, and this guide will tell you how to complete its associated Iron Banner Season 9 quest if you haven’t as yet.

You’ll have to complete the Season 9 quest for any character you’d like to earn Faction Reward emblems for. The good news is, once you’ve completed the quest, you won’t have to do it again (on that character) for the rest of the season. Here are the quest steps involved.

This story first appeared on 22 January 2020, the second instance of Iron Banner in Season 9.