Bethesda.net to Steam game transfers will start up on 28 April, Bethesda has today confirmed.

We’ve got the skinny on how it all works below (and will update this guide from 28 April when full instructions are available).

Update [28 April 2022]: The ability to transfer is now available. Steps to do so are below.

Original story: Users who’ve purchased Bethesda.net titles will be able to kick off the transfer from 28 April here in Australia (or 27 April over in the USA). Bethesda has confirmed that “any title you own” will become available in Steam for free; titles will have to be redownloaded in the Steam platform before they can be played. Bethesda also confirmed that games will become unplayable via Bethesda.net from 12 May.

While we wait for 28 April to roll around, it’s advisable that players check which Steam account is linked to their Bethesda.net launcher. You can do that by logging in to Bethesda.net and checking this page.

Some titles may offer bonuses for migrating early; Fallout 76, as an example, will award 10 rank-ups on the Season 9 scoreboard to players who migrate between 28 April and 12 May.

Bethesda announced that the Bethesda.net launcher would be sunsetted back in February of this year. 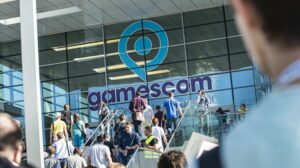 All Gamescom 2022 livestreams in Australian times