Stevivor
Home Features Opinion Australia’s R18+ Rating: What is it good for? Absolutely nothing! 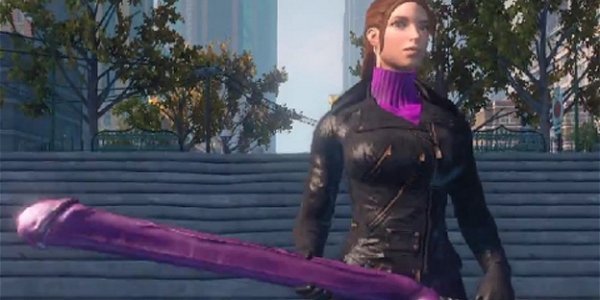 It was only recently that the Australian Government introduced an R18+ rating to apply towards the classification of video games in this country. We thought that this would be it – the start of a new beginning, the end of the dark ages. We thought that there we would no-longer be a need to worry about an upcoming game being banned, not need to worry about having to risk a fine by importing an ‘illegal’ copy, or having to settle with a watered-down version.

For the last two days, gamers have woken up to find out that despite the introduction of the R18+ rating, that two upcoming games have once again been refused classification by the Australian Classifications Board (ACB). It started with Saints Row 4 and just recently, State of Decay. I wanted to discuss though, have these bannings been fair? Has the R18+ rating been for nothing? What does this mean for the future of gaming in Australia?

While State of Decay features no dildos, it does contain and depict the taking of illicit and legal drugs. In its release, the ACB mentions how the game includes a variety of different drugs that the player can choose to take, both which increase health and stamina. The game shows icons of pills and syringes, of the player moving a bottle of pills to their mouth, and the sound of pills rattling when he/she does so. It also mentions that while this is all optional, the player would progress through the game much easier if they chose to use them.

So now that we know why they were banned – was the decision fair?

It’s here where I sort of sit undecided. With the case of SR4, I can definitely understand (key word – understand) the decision of the ACB to refuse the game a classification. The depiction of sexual violence in any medium is always going to a sensitive area because it’s such a scarring and serious problem in real-life – but does that mean that we should ban all medium that reference or include it?

We might not know it, but sexual violence is certainly referenced in mediums like film and music all the time – just listen to the lyrics of any horrorcore rap song for an example. If the albums of Tyler the Creator or Brotha Lynch Hung aren’t banned in this country, is it right to ban a video game that depicts the same thing? With SR4, it can at least be argued that the entire game is comical – people know that it’s all for laughs and over the top stupidity, but does that lessen the intensity of it at all? If the lyrics of a Brotha Lynch Hung song discuss rape and murder in a serious manner and it isn’t banned, why can’t a video game do the same thing but in a jovial matter? It is also important to consider intent too. Specifically speaking, are people using (or did the developers intend for) the weapon as just another OTT/ridiculous way to clobber their enemies, or to actually simulate sexual violence?

The term “interactivity” was used in the Board’s press release, and I guess it needs to be asked – does this change everything? Does listening to a song or watching a movie discussing/containing  sexual violence compare to playing a game that features sexual violence? Does pressing a button on your controller turn things from borderline inappropriate to well-and-truly crossing the line? We argued before the introduction of the R18+ rating, that games don’t make someone a killer, that music doesn’t make someone a psychopath – does it seem like we are changing our tone now?

Getting back to the original topic though on whether I think the bannings were fair or not though, – as I said initially, I can certainly understand why the Board made the decision they did, but I’m not sure I can say that I necessarily support it. I definitely respect that sexual violence is something not to be considered lightly, but I’m not sure that the anal-probe in the game compares to a real-world assault/sodomy on another human being. I certainly think that this sort of gameplay isn’t suitable for minors – but I think it should be up to the individual (note – adult) player to decide whether they do it or not.

As far as the drug references go though – I completely and utterly disagree with the Board on this. There’s no reason why I don’t think an R18+ rating wouldn’t be sufficient to cover this material. I don’t understand how we even associate in-game drug taking to real-life drug taking. I don’t understand how “alien narcotics” is somehow going to pressure people into doing illegal drugs outside of the game – or how anyone would be stupid enough to think that what happens in the game would happen outside of it. When the average age of gamers is now 30+, when the R18+ rating now exists, if we continue to pretend like drugs don’t exist, or that we don’t know their effects… I’m sorry… but I can’t describe the sheer stupidity of this in words. If the Board also claims to be doing this because the wellbeing of children are in-mind, need I remind everyone that it’s not the ACB’s job to be every child’s parent.

I asked towards the beginning of this article if the R18+ rating was for nothing, now that we’ve seen two games refused classification in as many days – and I think the short answer to this question is almost entirely, “yes.” While we’ve now seen games like Mortal Kombat released in Australia with the R18+ rating, while we’ll most likely not need to worry about the next Left For Dead game being about as graphic as a Care Bears game, what we’ve seen this week, is that Australian gamers certainly didn’t get the change they expected when the new rating was introduced.

I completely respect that the ACB has guidelines, I mentioned before that I completely understand that some topics/themes are going to push the boundaries on what is socially acceptable, but I would have also expected that with an R18+ rating, that gamers would have been given the choice to make some of those decisions themselves – namely, to expose themselves to this type of content. Rather than tell me that I can’t use an over-the-top anal-probe weapon, give me the chance to make that decision myself. Rather than tell me I can’t take “alien narcotics” – give me the option to make that decision myself. If you can introduce an R18+ rating, you can introduce a new warning on the game box which says, “Sexual Violence,” and then I’ll either buy or reject the game – like I have with for all my other purchases.

There’s a good chance that I wouldn’t have used this weapon in SR4 to begin with – even when I read about it I find it a tad much, but that should have been an option for me to make, not one that someone made on my behalf. Developers shouldn’t have to cut content out of their game for one section of the market when other countries have allowed it.

I genuinely worry about the future of games like Grand Theft Auto V when I read about the decisions being made this week by the ACB. I worry that games I was looking forward to, games that I had on pre-order, can be taken away because someone in an office considers a game too extreme for me – without being given the option to make that decision for myself. Ultimately though, I worry that the R18+ rating was for nothing. Perhaps I’ll just keep to playing Pokémon, but even then, who knows – those potions might just be considered as drug-use by someone someday…