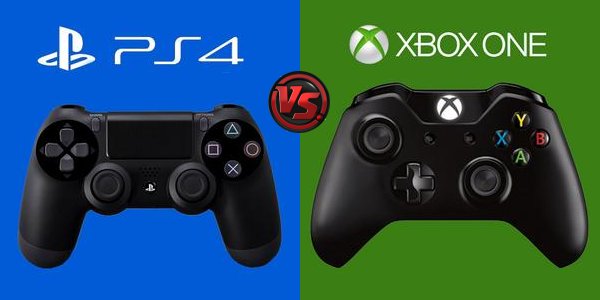 With the recent announcements of both the Xbox One and the PlayStation 4, and with the E3 conference under a week away, the fanboys of both systems have been out in force. For the last fortnight, gamers and consumers alike have been speculating about what we can expect to see from Microsoft’s upcoming offering. Will it need to be always online? Will we need to pay to play second hand games? Why has it taken developers so long to realize that all gamers ever wanted was smart fish AI?

It’s topics like these, and more, that people haven’t been able to stop talking about, but there’s one in particular that I wanted to touch on … one that’s starting to get a little irritating.

It’s this entire concept that the PlayStation 4 is going to be the more “serious” gaming console of the two, that people are worried the Xbox One is moving away from its gaming focus by becoming an “all-in-one” multimedia device.

After sitting down and getting over my frustration, allow me to explain to you why I think this is all so blatantly stupid.

I remember when I’d discuss the topic of Xbox vs. PlayStation when the current generation started. One argument that every PlayStation owner would have, to explain the superiority of their console over the 360 was, “the PS3 is essentially a computer”. It didn’t matter what games were on each system, it was just the fact that PS3 owners took pride in knowing their gaming console had the same capabilities as their desktop computer. So, given this, now that we are on the verge of the next generation of gaming, why does it seem PlayStation owners have all changed their minds?

I own all three current generation consoles – I’ve had an Xbox 360 since 2006 and a PlayStation 3 for almost two years now, and I can confidently say, that despite all the social and multimedia functions that both these systems boast, the most I ever do with them is turn the console on, place the DVD/game in the disc tray, and then play/watch. That’s it! It’s been like this since I owned my first SNES. So what exactly is the problem, because I’m kind of finding it difficult to understand.

Am I the only person who thinks that, as long as I can actually play games, that none of this really matters? Do these same people complain that they won’t be able to work with Word and Excel documents as well when Microsoft releases a new operating system? Perhaps I’m just not across other industries/communities like I am the gaming one, but it just seems that gamers are the quickest to complain about the slightest hint of change… or to theorise the very worst whenever something new is announced.

Last time I checked, Microsoft isn’t the only company developing games – so even if Microsoft’s internal studios DID move towards making more ‘casual’ games, even if Microsoft DID move towards pushing the multimedia functionality of their newest console, publishers like EA and Ubisoft would still be making their ‘hardcore’ games. I also think it’s safe to assume that we can expect to see them come to the Xbox One too – it isn’t like Microsoft is taking such a drastic step towards innovation like Nintendo did with the Wii/Wii U.

I guess what I’m trying to say is, stop complaining! Gaming consoles will continue to be gaming consoles, and if the hardware and software specs so far are anything to go by, the ‘hardcore’ market has nothing to worry about for the foreseeable future. It’s only a matter of whether you’re going to embrace the new features or not … or in the case of everyone outside the US, if we’re going to be able to use them to begin with!