Sony’s 2017 E3 press conference had an air of the familiar about it, spending plenty of time digging deeper into the big reveals it stole the show with in 2016. It is great to get an extended look at God of War, Detroit, Spider-Man and Days Gone, but the lack of a big “E3 winning” surprise (or surprises) compared to last year is a touch disappointing. It is a credit to Sony’s performance over the last two years that we hold it to such high standards.

Almost everything shown by Sony was given a 2018 release window, if any date at all. That includes show closer Spider-Man, which looks good and hopefully plays as smoothly as the tightly controlled demo suggests. Insomniac has rarely won unanimous praise for its games, in recent times Sunset Overdrive in particular divided audiences, but Spider-Man looks the goods so far, even without a movie tie-in. The Arkham games are a clear inspiration, and there is no shame in learning from the best.

Uncharted: The Lost Legacy struck me upon its announcement as a bit of an in-between game, but even if it is on a smaller scale than a traditional Uncharted game it certainly hasn’t lost the production values, storytelling, insane action movie sequences or its sense of humour. It is also one of the few games shown out soon, and whilst it may have disappointed some it was a wise move to give this one its own room to breathe by not showing The Last of Us Part 2, there will be plenty of time for that at Sony’s PlayStation Experience at the end of the year.

God of War looked a lot more like a God of War game this year, a good or bad thing depending on your levels of Kratos fatigue. We’ll see if Sony Santa Monica can have their cake and eat it too by combining a heartfelt father and son story with a typical Kratos disembowelment tour. I love the new setting and the game clearly hasn’t lost its sense of scale and awe.

Detroit: Become Human is disconcertingly protective about what the game actually entails. Is it a Heavy Rain style decision-a-thon with restricted interaction? An action game with morality? I really liked what was shown here as a concept and a world, awkward dialogue aside, but Quantic Dreams and David Cage have no goodwill in reserve here and I need to be convinced by real gameplay and decisions that actually matter. Who knows when we will see that?

Days Gone by comparison is very honest about what it is, and the sheer scale of the zombie hordes remains intimidating. The stealth demonstrated well but I need more convincing on the combat. Zombie fatigue has set in with many gamers (and over media in general) so hopefully Days Gone tells an interesting story alongside building a compelling world. I really didn’t need a stroll through hanging bodies complete with in theatre re-enactments, but what would E3 be without a little bombast?

Monster Hunter World marks the return of the franchise to consoles after several years (nearly a decade if you don’t count the Wii U), a wise and well overdue decision following the success of Dark Souls and its ilk. It is not a PlayStation exclusive, but considering the audience for games like this and where they are playing, it may as well be. Capcom also unveiled Marvel vs Capcom: Infinite, which didn’t do much to impress me. It was the first “play it now” announcement of the show, even if it is just a story mode demo.

Activision remains firmly in the Sony camp, debuting as expected both Call of Duty: WWII and Destiny 2. Both game’s trailers feel like formalities at this point, they’ll both do huge numbers and the PS4 is the superior place to play them unless you only have friends on Xbox Live. You already know where you stand on both titles, and both announced betas to get an early taste of the multiplayer action. WWII looks a lot more vehicle focused than Call of Duty traditionally is, but I don’t see the line between it and Battlefield blurring anytime soon.

Then there is the Shadow of the Colossus remake, which looks as beautiful as expected. The cynic in me sees this as a return to the well after an HD remaster last generation, but it is hard to argue with just how good the game looks on PS4 and how good a showpiece it is for the hardware. More Horizon: Zero Dawn is also a good thing, I really didn’t need any more selling than that.

Sony also announced a solid slate of new VR titles, a much needed boost to the rather barren PSVR release schedule. We’re also getting Skyrim VR to go along with Fallout VR. Of much more interest to me was the pre-show announcement of Superhot VR, a game I was so itching to play I dived into the world of emulating a Vive on PC using PSVR. Final Fantasy XV: Monster of the Deep may yet make me care about FF15 fishing, though it will need to be damn good to oust Sega Marine Fishing from the greatest fishing game of all time throne. 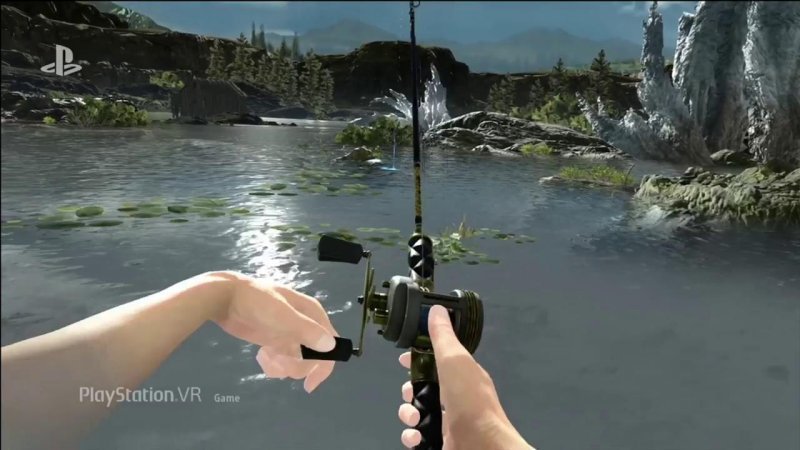 Star Child and Bravo Team look to have the most meat on the bones, Bravo Team should give you another use for the Farpoint gun controller while 2D platforming works surprisingly well in VR. I’m not sure what Moss is beyond adorable, maybe that will be enough. The Inpatient looks good but gets a big no way from this horror fearing wuss.

Sony also relegated a few other announcements to its pre-show, including Knack 2 and Matterfall trailers, Undertale for PS4, a release date for Gran Turismo Sport and a Jackbox style set of phone controlled party games, of which Supermassive’s serial killer hunter Hidden Agenda was the star. The GT Sport reveal shows just how far the once flagship franchise has fallen, Microsoft put its racing series front and centre (with a Porsche debut to boot) while Sony doesn’t even see fit to grant GT main stage presence anymore. I doubt this reflects the quality of the game, more the shifting tastes of the audience and the sheer choice Sony has in what it can showcase; if Microsoft gave Forza a rest they’d be down to what, two first party studios?

Sony has certainly taken on a new style in its E3 press conferences. This year it was just trailer after trailer after trailer, no room to breathe, no executives or developers extolling the virtues of a game. You wouldn’t think you’d miss it, but the amount of time I spent post show hunting for more information on the titles shown left me wishing there was a bit more given in the show itself. With such a focus on the live show you would think the production values would have been first class, but home viewers missed a lot of the spectacle witnessed by the live audience and were treated to awkward panning shots of the crowd throughout the show. It is a nitpick, but a rare lapse of the high standards Sony sets in these showcases.

Those expecting price cuts, surprising announcements or the featuring of indie games were left disappointed, but as a showcase of the next 12 months in games Sony’s E3 press conference achieved its goals. Sony continues to believe it will win the battle against Microsoft through sheer quality of games, a reasonable belief seeing its 2017 release schedule thus far and what is to come down the pipeline. Microsoft divested itself of first party development studios, and Sony isn’t going to let them forget that any time soon.