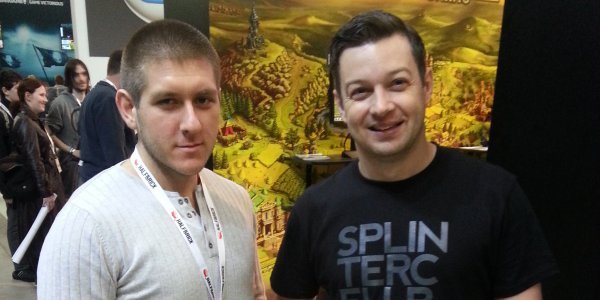 While attending PAX Australia, we had the opportunity to spend some time at the Ubisoft booth and speak with Kristjan Zadziuk, Animation Director at Ubisoft Toronto (pictured above right), about the upcoming Splinter Cell: Blacklist. Below we discuss the new features in the game, which styles of martial arts inspired Sam Fisher’s combat and how player-choice plays an integral part in the game.

Stevivor: To begin, what are some of the new features that we can expect to see in Splinter Cell: Blacklist?

Kristjan: With Splinter Cell, player choice is at the heart of the game. So we’ve given you a range of gadgets gadgets  – for example, sticky cameras, EMPs so you can take out lights, and you can combine these with lethal and non-lethal options. One of the other things that we’ve brought back for Splinter Cell, will be the option to play the entire game non-lethally, so you don’t have to kill anyone and be a murdering machine. If you do want to play lethally however, we have brought back the knife, and this can be used to manipulate AI and pull them into cover, and control them in that way.

Stevivor: Can you tell me more about the Perfectionist difficulty setting? Will this also be available from the beginning of the game, or does it need to be unlocked?

Kristjan: Absolutely. Perfectionist is available from the beginning of the game as far as I’m aware. With this difficulty, we have removed the more ‘helpful’ features, such as the ability to mark and execute, where you can still mark your enemies but you cannot act on it. We have also removed drop-crates so you can’t just re-stock all your gadgets anywhere in a level, and we’ve also taken out the ability to see through walls with your sonar goggles. 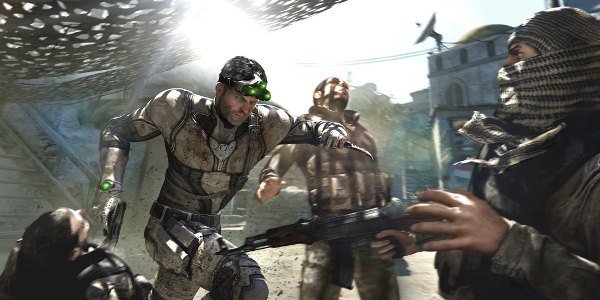 Kristjan: I can’t talk about how many hours it will take to complete, but what I can say, is that co-op is connected to the Blacklist. It works alongside it, so that you can drop-in and drop-out of single-player, co-op and multiplayer, and it’s all connected. There is thirteen single-player maps and fourteen unique co-op maps.

Stevivor: What were the main reasons for using Fisher and Briggs for co-op, rather than using two separate characters like in Conviction?

Kristjan: Well, we wanted to connect the characters to the Blacklist, and doing so really starts to add extra layers into the story. So when you have Briggs and Sam together in co-op and single-player, it really enhances how the game progresses.

Stevivor: The new free-run feature reminds me a lot of Assassin’s Creed. Do you ever look to other Ubisoft franchises for inspiration or ideas on how to innovate Splinter Cell?

Kristjan: Good ideas within Ubisoft tend to be shared — we all obviously speak and we all work together. The feature we have in Blacklist, the act of sprinting, is really there to make Sam more fluid, rather than make him more athletic – it’s just one of the improvements we’ve made with the animation system as well. It also grounds the character a lot more.

Stevivor: In which ways does Blacklist cater to those gamers who want a true stealth experience, but also to those who want something more fast and action-paced?

Kristjan: As I said before,  player-choice is really at the heart of Splinter Cell: Blacklist. We have three separate play-styles –  Ghost, Assault and everything in-between, known as Panther. Essentially, the game recognises how you’re playing and rewards you accordingly. So we don’t actually force you into any play-style – every map starts off with stealth as the default, and then you choose how you want to play it. If you want to pull a gun out and just wreck-shop then that’s fine, but you can also play that entire map with stealth. Then there’s everything in-between, where you’ll be using your gadgets, using your weapons, and going lethally — or non-lethally — and this really brings out that true Sam Fisher experience. 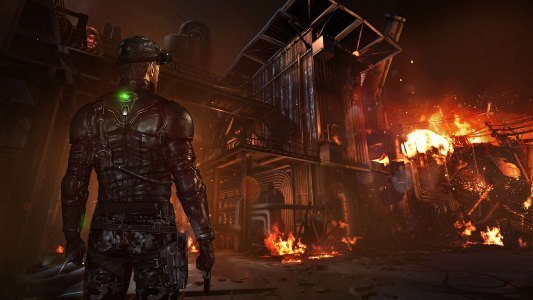 Stevivor: Splinter Cell has had some really strong emotional moments in the past – the death of Sam’s daughter, betrayal in Chaos Theory, and the end of Lambert. Is there a strong focus on character development in Blacklist as well?

Kristjan: Absolutely. We’ve got a brand-new performance capture studio and what we wanted to do with this, is get an actor which embodied the face, the voice, and the body movements of Sam Fisher. So we brought a guy called Eric Johnson, and he will go through the cinematics and the gameplay as well. There will also be moments with other team members – we have Fisher’s daughter who is back from Conviction, where as you might remember from that game, there was some tension with those responsible for making Sam think his daughter was dead. Then there is Isaac Briggs, which Sam didn’t recruit from Third Echelon, so there’s always going to be tension there. We also have Charlie Coles. When you have Charlie and Sam, and Briggs and Grim, that sort of ensemble really allows them to play off each other.

Stevivor: How have you balanced the characterisation of the previous Splinter Cell games against the next incarnation of Sam Fisher in this title?

Kristjan:  With Blacklist, it carries straight on from Conviction. Sam’s been in the private sector for a little bit since Third Echelon has been disbanded, and he’s now started Fourth Echelon. We are giving you all these extra gadgets, which means that with Sam being a little bit older he doesn’t have to run around as much.

Stevivor: How has the style in the Tom Clancy books contributed towards Blacklist?

Kristjan: Well, the thing with Tom Clancy and Splinter Cell, is that it’s more about the Splinter Cell brand now. Tom Clancy adds some credibility to the mix, but I’m the animation director so I’m probably not the best person to answer that question. *laughs*

Stevivor: No worries. What kind of martial arts inspired Sam’s moves in this game?

Kristjan: That’s a great question! So we have three different styles that we like to combine together, which really embodies Sam Fisher. For the knife, we use ‘kali’ as a reference, for the hand-to-hand combat we use ‘krav maga’, and then for the cover takedowns, we use ‘Russian systema’. Systema is a really good way of controlling your body and your flow. When you combine all three, you get the new Sam Fisher. 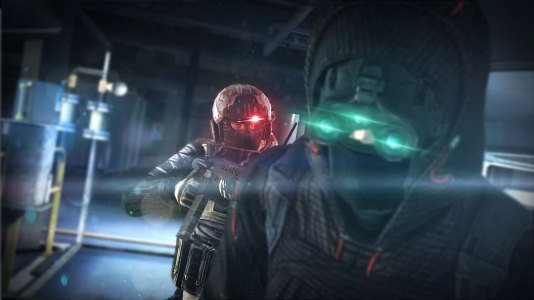 Stevivor: Just finally, what is your favourite feature of Splinter Cell: Blacklist and why?

Kristjan: To me, I think it’s having so much choice to do whatever you want, and being able to play it your way. There’s not one particular feature that I love – I love the fact you can combine all the gadgets to manipulate the AI to do what you want. I think that with Splinter Cell, we have grown and expanded, and by doing that, it allows player-choice to effectively be a feature in itself.

We’d like to thank Ubisoft Australia and Kristjan Zadziuk for the opportunity to discuss Splinter Cell: Blacklist.

Splinter Cell: Blacklist will be available for the Xbox 360, PS3, Wii U and PC on 22 August.