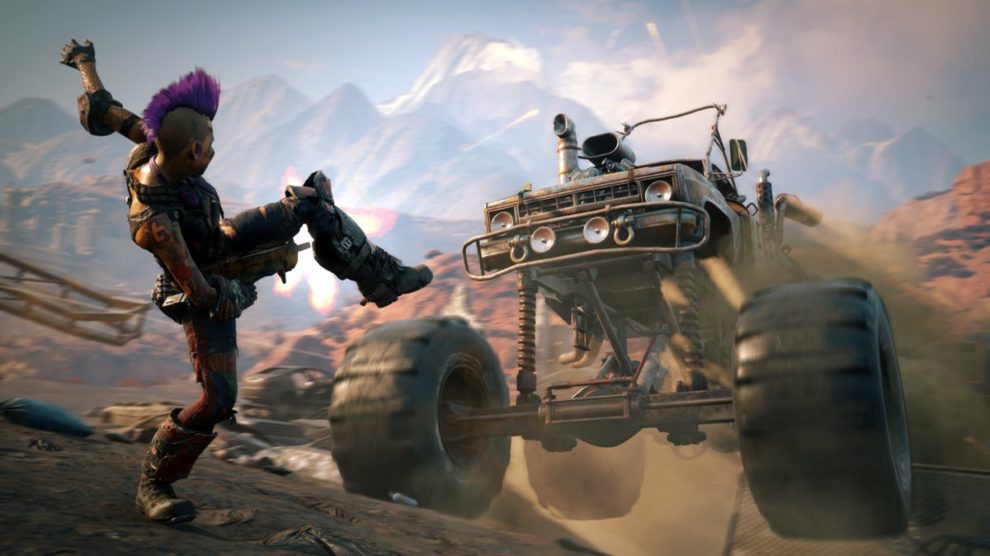 Back in May Stevivor visited Avalanche Studios in Stockholm, where Rage 2 is currently being developed in collaboration with id Software. There, we found out that you’ll be playing as a protagonist named Walker — who, unlike the original Rage, will be voiced.

In the demo, Walker was portrayed as a male; we used an initial interview opportunity to ask Magnus Nedfors, Game Director at Avalanche Studios, if players would be able to select Walker’s gender.

Nedfors didn’t confirm or deny the functionality, merely saying, “We’ll talk about that a little bit more in the future.”

Months later, in a Rage 2 trailer that Avalanche Studios showcased at QuakeCon (below), a voiceover says, “Your character hails from Vineland.” In another occasion it proclaims, “In true id style, your character comes equipped with a sizeable arsenal of powerful weapons.”

In either instance Walker isn’t mentioned by name, which we found a little odd. As it technically was ‘the future’, Stevivor used a second interview opportunity with Nedfors to dicuss the possibility of gender selection — or even character customisation — in Rage 2.

“We will see,” Nedfors said with a laugh. “I’m going to be vague still.”

A rock-solid professional (perhaps aided by his striking resemblance to Thor), Nedfors simply wouldn’t budge. His responses lead us to believe that Rage 2 will have some sort of character customisation; either that, or Nedfors is just be toying with Stevivor by choosing not to deny the functionality. We’ll find out in due time, but until then, what do you think?

Luke Lawrie travelled to Dallas, U.S.A as a guest of Bethesda for QuakeCon.