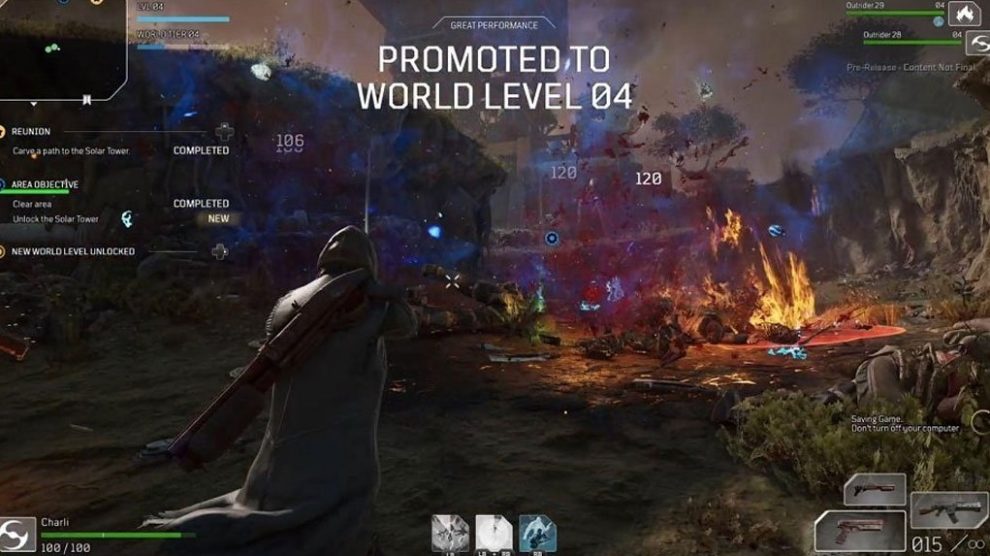 During our time with Outriders, we found that rather than the traditional set-and-forget approach to game difficulty, we were occasionally promoted to a new World Level and subsequently prompted to increase the World Tier. In our gameplay highlights reel you’ll even see a separate progress bar for this in the top left of the screen.

We asked Game Director, Bartosz ‘Bartek K’ Kmita, for some more insight on how an increase to the World Tier is different to the World Level of your character.

“Character leveling [in Outriders] is a traditional unlocking of additional skills, skill points and leveling up your character which will help you in time to adjust to the world,” he said. “The World Level system is gratifying and rewards people for playing challenging content.

“We understand that there will be some people that will play this game only for the story. They will not care about tactics and they will play on the lowest difficulty. We don’t forbid this. But we want to give something to the people who want to have the challenge and I think this would be the most fun. 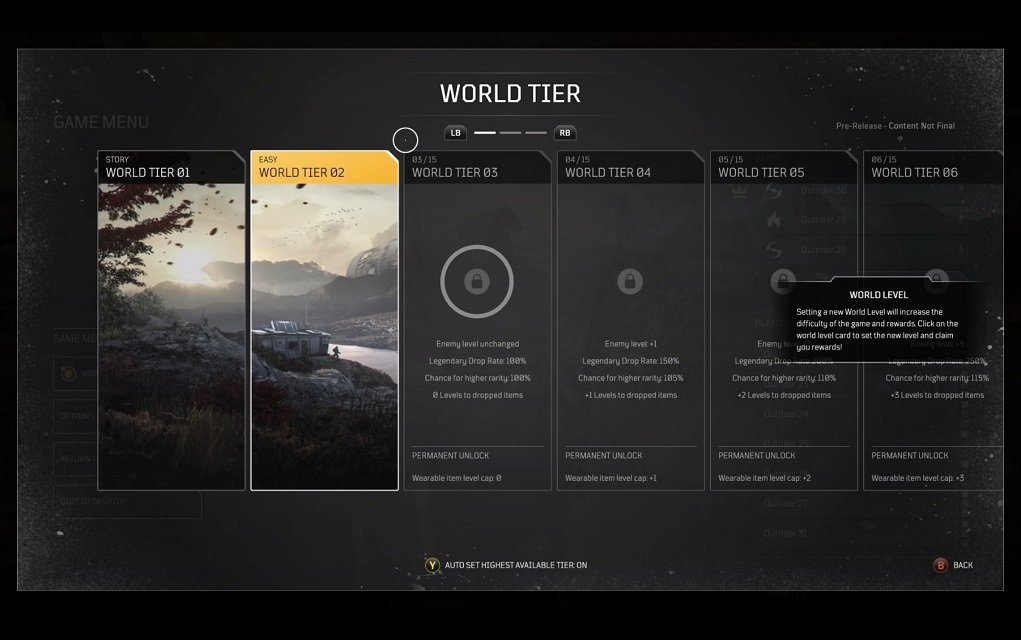 “[If you play well] you will be rewarded for going on the higher levels where the enemies will be [levelled] much higher than you are but the rewards would be better,” Kmita added.

When prompted to increase the World Tier, we were rewarded with a choice of gear or weapons that were significantly better than those we had found anywhere else. By the end of the three-hour long demo, our team of three found we couldn’t defeat the electrically-powered boss we were playing against at World Tier 4; we were forced to drop the difficulty down one notch. When I came clean and admitted this during the preview, Art Director Bartosz Bieluszko chimed in with a finishing blow.

“The basic concept of the system is that if you play well, you will be rewarded,” Bieluszko said. “If you fail you’ll have to bring it down or just keep trying to have the full experience.”

While People Can Fly isn’t confirming a New Game Plus option in Outriders, the studio has confirmed for us that once you’ve unlocked a World Tier, it will be available for subsequent play throughs without the need to unlock it again.