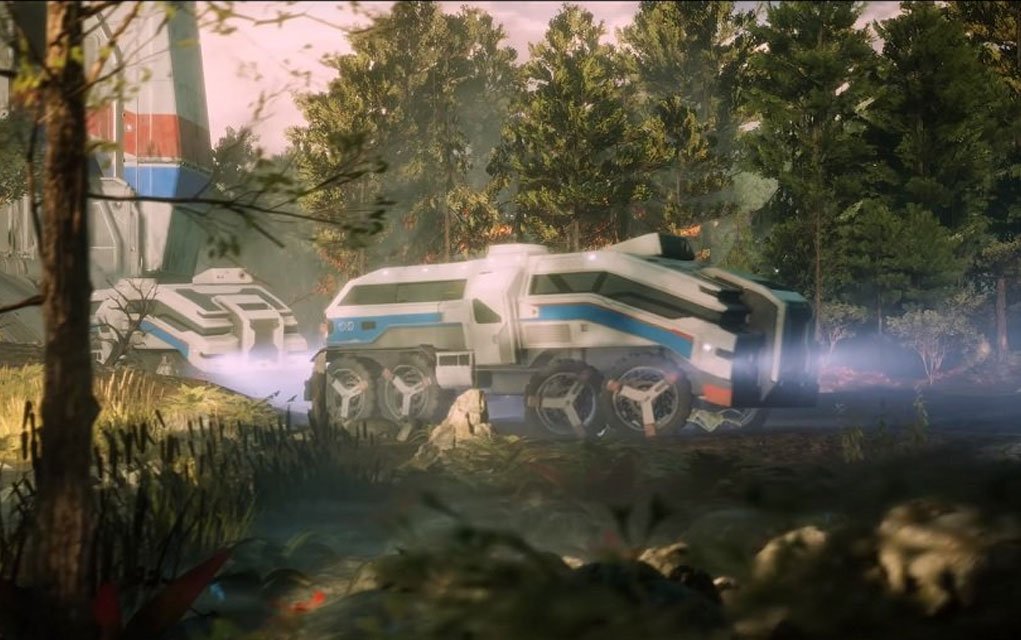 Outriders’ vehicles are for crafting, fast travel but not combat

Where we're going, we don't need roads. Actually, we do.

People Can Fly sat down with Stevivor to discuss the vehicles found inside Outriders — while they’re good for a lot of things, don’t expect to use them in combat.

Enoch, the playable world of Outriders is made up of several areas and each will have a central hub. Those locations will act as safe zones, permitting you to buy weapons and armour, customise your character and talk to NPCs. Your vehicle will act as a mobile base, allowing you to do those same actions while on the go.

“You can see your truck and you can see the other [players] trucks in a convoy during a cutscene and you can then form a gypsy camp that you are staying at where you can have your personal space,” he said. “People can look at your truck and say ‘what the hell it’s so ugly’.”

Art Director Bartosz Bieluszko, known as Bartek B, added that your ugly truck can be customised to either look better… or worse.

“You can show off to your friends by putting trophies on your hood, changing wheels,” he explained.

“The gameplay elements for the trucks are the RPG systems like the crafting, and managing your stash but you’re not fighting with your truck,” he said. “We aren’t using it to mount a gun you can shoot.”