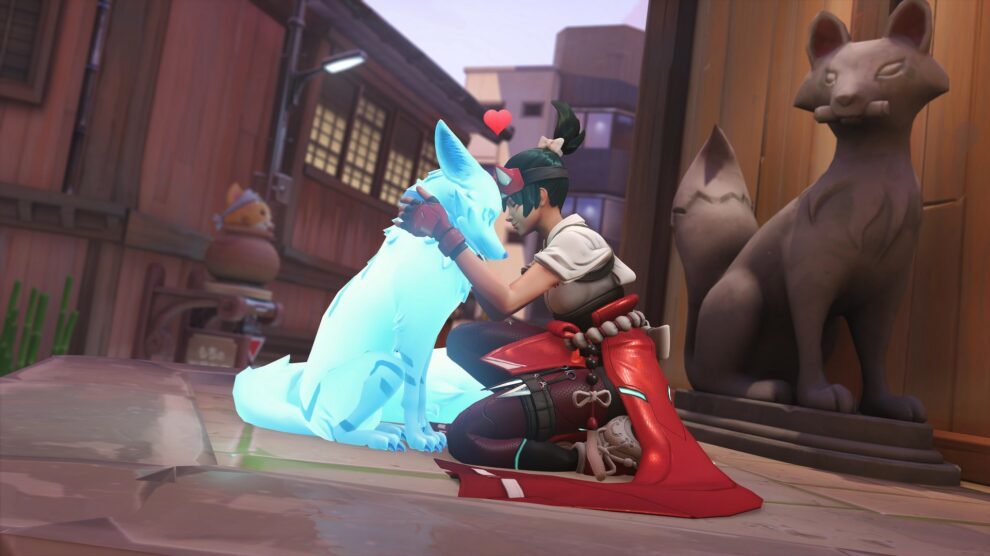 "You’re able to put together a team composition in order to answer what the the enemy team is doing, without having to rely on only one particular correct choice.”

With the early-access launch of Overwatch 2 only two weeks away, discourse in fan communities seems evenly split between tentative optimism and cynical apprehension. The decision to lock access to heroes behind the battle pass has been widely panned as a pay-to-win or pay-to-compete scheme that will disrupt the competitive balance of the game.

Blizzard’s decision to shift to a free-to-play live service model has dominated conversation surrounding the title. This was also true of our recent sit-down with Blizzard during a press conference to discuss their plans for the early stages of the game’s release. Amidst discussions of monetisation and battle pass structure, Game Director Aaron Keller gave comments that may dispel some of the disquiet around Overwatch 2’s competitive state.

“We have talked about this topic over the past year as much – if not more – than any other topic that’s involved with the game,” Keller said. “We believe that even with this change that Overwatch remains a highly competitive game, and we know that that’s important to our players.

“At the start of every season, the new hero is going to be locked from the ranked system and we’re doing that for a few reasons,” he continued. “The first is that it just gives us more time to balance the hero so even if they come out and they feel really overpowered, or even under-tuned, we’re able to make some changes there.”

Keller says that this should also give players on the free track of the battle pass time to unlock the new heroes before they become available in the game’s ranked mode. The first of these new heroes, Kiriko, is unlocked at tier 55 of the first season’s battle pass. 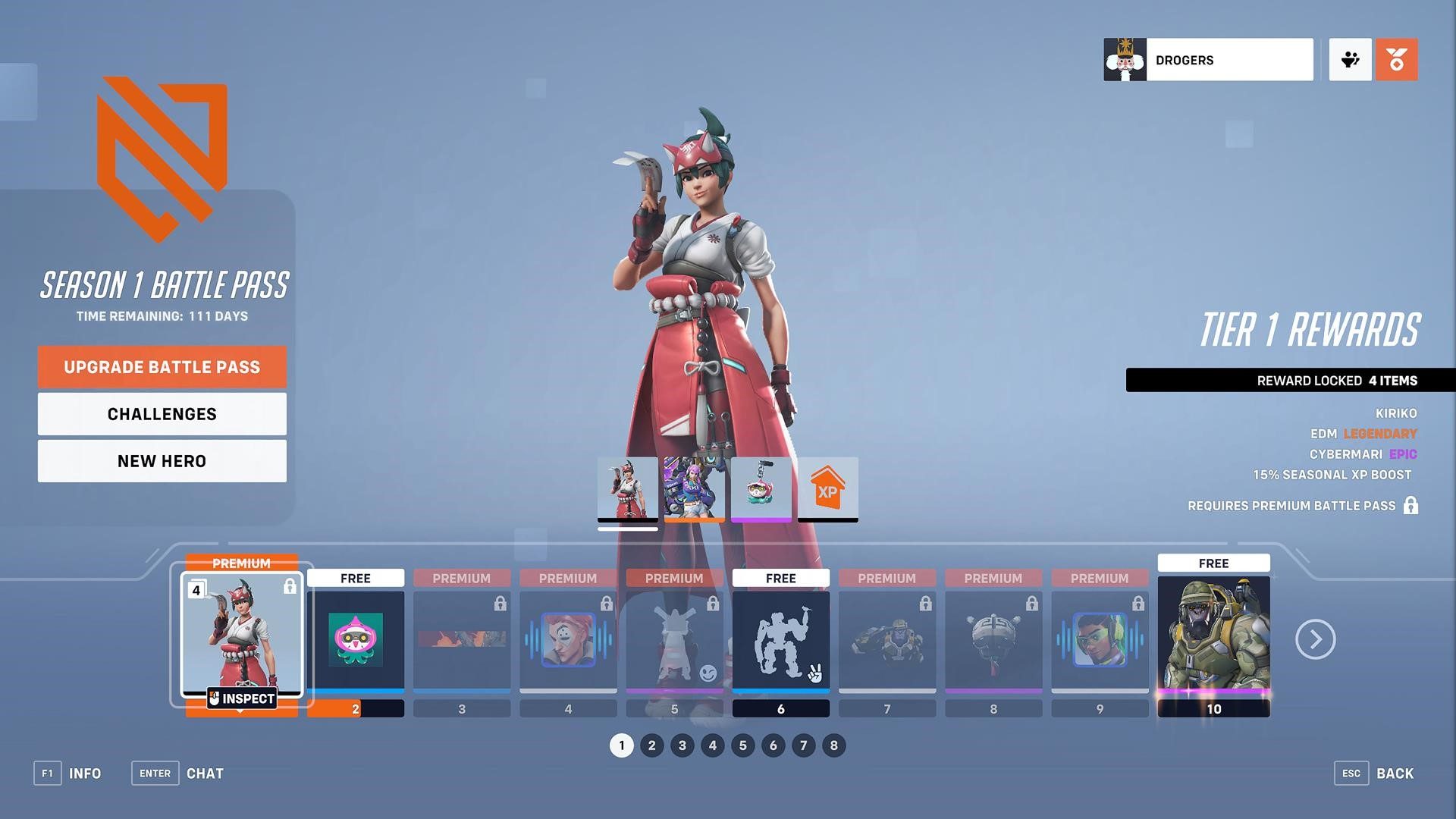 While this addresses potential issues for ranked play, it doesn’t quite mitigate concerns for casual Overwatch players. It’s no secret that new characters introduced in online multiplayer games tend to be a cut above in terms of viability. So how will free track players grinding for new heroes fare in this new system?

According to Keller, changes made to the overall framework of Overwatch 2 have been developed to restrict the possibility of narrow metas and must-pick situations.

“With 5v5 we’ve made a lot of underlying changes to the rest of the game and one of the changes we’ve made is we’ve reduced some of the reliance on hard counters,” he said. “It’s going to allow more players the flexibility and the freedom to pick the heroes that they that they want to and that being absent one hero out of… more than 35 heroes in the game won’t affect the competitive nature of the game.”

The intended result is that players will not have to swap out of mains or favourites regardless of the opposing team composition. While it’s hard to say whether this will be achieved right now, it’s a positive sign that the development team has some sort of plan in place. Keller said that he’s focused on ensuring that Overwatch 2 is as fair as possible for anyone playing any hero. 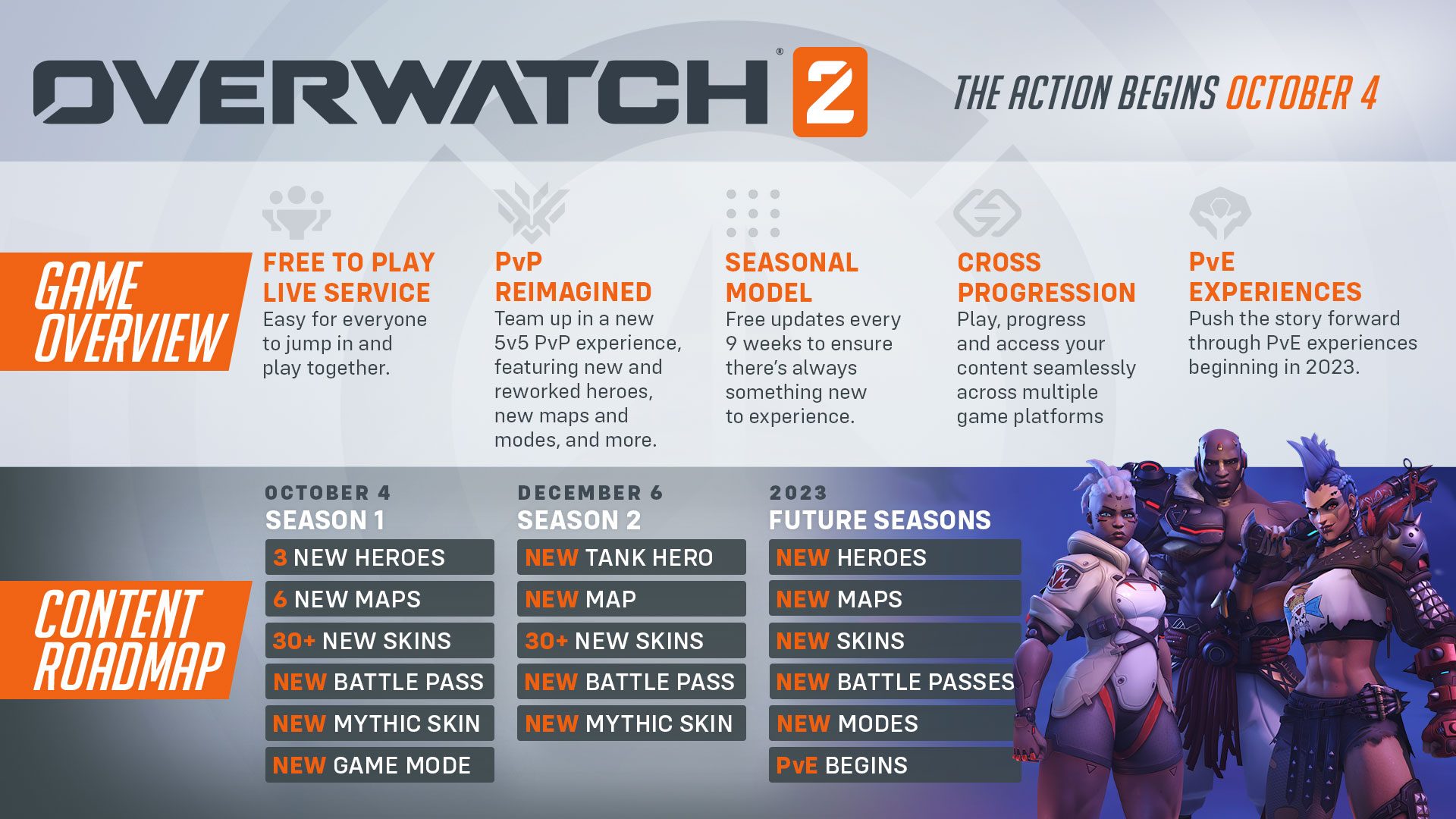 “Releasing such a big game play asset really can change the way that that people play and it gives them new avenues and new strategies that that they can pick up on,” Keller said. “I think that competitively, we will be doing our best to always make sure the game is balanced and as fair for all of our players while still trying to provide variety from season to season.”

This seasonal focus will also be at the core of the major balancing strategy from the devs. “In the future we’re going to be balancing the game seasonally and the start of each season will have a larger balance patch associated with it,” Keller said. “We’d like to have the tone, or the theme of that patch exist throughout the remainder of that season. It doesn’t mean we won’t do any other changes, especially if there’s things that we feel like aren’t healthy for the game. We would address those, and we’d address them as fast as we could.”

Overall, Keller’s comments paint a hopeful picture of the future for Overwatch 2, but they should be taken with a grain of salt. Pre-release press events managed by publishers are designed to inflate expectations and the only real way to know how balanced the game actually is, will be to play it.

Luckily, we’re all able to do that, and soon: Overwatch 2 goes free-to-play on Windows PC, Xbox One, Xbox Series S, Xbox Series X, PS4, PS5 and Switch on 5 October 2022 here in Australia. For more on the title, take a look at our comprehensive breakdown of what to expect for first season of content.