Ahead of Blast ’em Bunnies’ release on 3DS, PS Vita, PS4 and Xbox One, Stevivor sat down with Bruce Thomson (above, left) and Nic Watt (above, right) of the Sydney-based development studio Nnooo.

With a long history of titles like Pop, Cubemen 2 and escapeVektor under its belt, Nnooo has primarily developed for Nintendo consoles. The release of Blast ’em Bunnies marks the first time a Nnooo game will launch at the same time on multiple platforms.

“It has been a bit of a progression,” Watt, Nnooo’s Founder and Creative Director, began to explain. “Previous to that we only focused on Nintendo products, starting on Wii and then expanding to handhelds like the DSi.

The ability to develop on non-Nintendo platforms has been something Nnooo could been doing for a long while, Thomson, the company’s Marketing Director, added.

“We were approved developers on PS3, but we never really took advantage of that because we were busy building up our engine to accommodate one or two platforms,” he said. “Mainly for Nintendo, because we were very Nintendo focused.”

“When we were developing escapeVektor on WiiWare, and we released that and it got very well received, we started to look at what to do on next-gen platforms,” Watt continued.”We felt that bringing over a game that existed, and was received well — but perhaps didn’t sell as well because of the platform it was on — made it a good candidate to bring to new devices.” 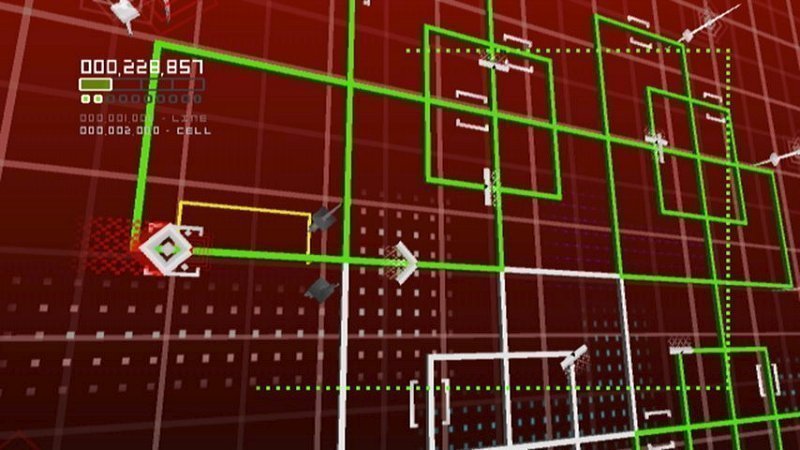 And so, the work began to make escapeVektor (shown above) a cross-platform title.

“Because the game was already made, we could spend the time developing the technology to start to work on cross-platform stuff,” Watt said. “escapeVektor on 3DS and PS Vita was really the beginning of our cross-platform development.”

“We basically used Nintendo’s middleware that they provide, for Nintendo platforms. And Sony provides something called the PhyreEngine, and they gave us the source code for that. It supports not only PlayStation platforms, but PC as well,” Watt said. “So, we took a chance that by using that on escapeVektor we might be able to support any future PlayStation platforms and perhaps even bring games to Xbox and PC. When we moved on to Blast ‘em Bunnies, it was originally just 3DS and Vita, but when PS4 came along, we appraised it using the engine and thought we could make the jump there as well.”

It’s no surprise that Watt summarised the situation from a technological standpoint. Nor is it a surprise that Thomson took an entirely different approach.

The development of Blast ’em Bunnies wasn’t solely focused on a cross-platform release, of course. Watt explained how Nnooo’s past titles have helped to shape this new one.

“I suppose it is a natural evolution of lessons we’ve learned – good and bad – from previous software,” he said. “The one thing we learned with Spirit Hunters is that we made a really great game, but we targeted the wrong platform for it. Because we started development way before the 3DS, we were really stuck on that platform [the DSi]. But we realised a lot of people were really loving its characters and cute style.

“Same for escapeVektor – it was well received, but it was difficult to market because it was quite abstract. We used those lessons for Blast ‘em Bunnies. It was meant to be a quick and simple game to develop, but fun to play with a lot of depth.

“As we approached the PlayStation platform, we wanted to have something fun and colourful, but edgier. Darker.”

Thomson agreed. “We needed something that was cute, but something that adults were going to find fun as well. Ironically, we had Cubemen 2 and Blast ‘em Bunnies at PAX East a couple years ago, and we were quite surprised that a lot of the kids were playing Cubemen 2, and a lot of the adults were actually preferring Blast ‘em Bunnies. It was the absolute opposite of what we thought would happen.”

Sydney audiences will be able to give Blast ’em Bunnies — and several more titles soon to be published by Nnooo — a whirl at this weekend’s GX Australia. Blast ’em Bunnies releases over 8-11 March on 3DS, PS Vita, PS4 and Xbox One.