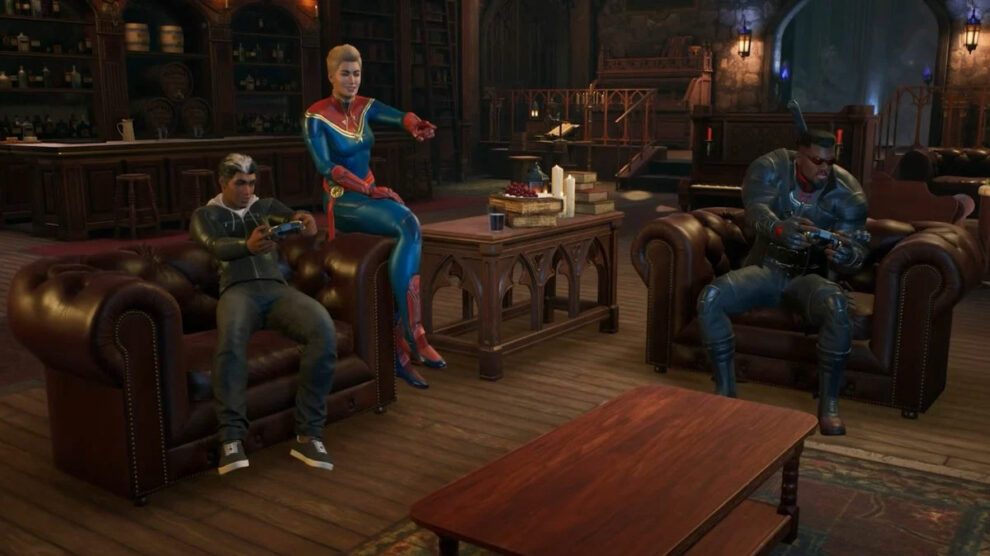 And it all sounds delightful!

Marvel Midnight Suns is fast approaching and is certainly on the radar of XCOM fans. As Garth DeAngelis (Senior Franchise Producer) and Jacob Solomon (Creative Director) explained to Stevivor, fans of titles like Injustice or Persona better take note as well.

I’ve only played through a number of short hours with Midnight Suns, but I was immediately impressed by a narrative woven into gameplay that reminded me quite a bit of Injustice. Earth’s mightiest heroes (and beyond) group, gather and further a storyline in cutscenes that play out between the myriad card-based strategy rounds you’ll encounter.

It’s not just that new layer, though — players will also be able to explore and interact with heroes as part of relationships and hangouts systems, ones that reminded me of the downtime between missions in the likes of Persona.

“One of the things I love about Midnight Suns — which is very different from XCOM – [is that] we were all-in on the pillar of XCOM that the best story is in the player’s head,” DeAngelis explained.

“Your soldiers that you create — maybe they’re your family, maybe they’re your friends, maybe they’re a random soldier — you formed a connection with them because they’ve been through hell with you. That’s very different than a than a prescribed, written story in something like the MCU or a comic book. We still have the systems of XCOM, but we’re leaning more into that narrative with Midnight Suns, and it’s appropriate, obviously, to do that with the Marvel IP.”

While you’re not directly in control of Spider-Man or Ghost Rider, you’ll interact with the world and its inhabitants through a unique avatar of your own creation: the Hunter. 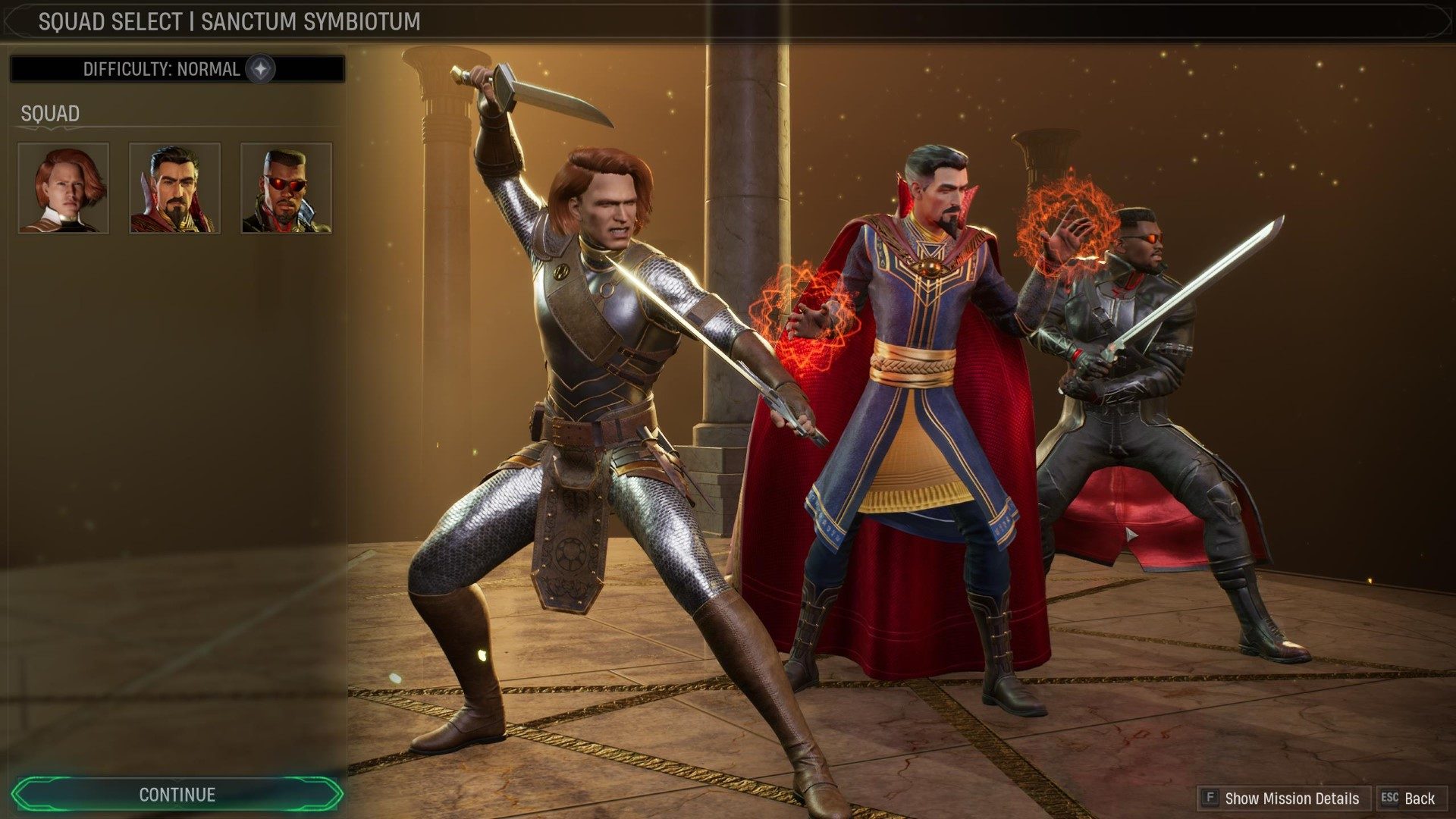 “There’s so many systems and there’s so much you can do with the Hunter,” DeAngelis continued. “You can think of the Abbey as core, traditional Firaxis gameplay systems — upgrading your abilities, sparring, you know getting new new abilities – [but a new system that revolves around] developing relationships. That’s where this development team really swung for the fences.

“We’re making a narrative-driven game that is not just a 2D strategy layer with menus. It is a living, breathing, fully navigable hub that has dynamic voice-over, depending on what’s happening in the world around you. There’s optional dialogues where you can go up to just get a little bit more lore from these heroesm,” DeAngelis said.

“If you want to take the Hunter out at night and do some solitary optional content, you can go out into the grounds… [and] untuck these secrets from The Blood. There’s some gameplay puzzles out there as well too that you can do by yourself,” he continued. “If you want to develop your relationships with the heroes further, you can join — and again this is more lighthearted — different clubs around the Abbey,” added Solomon. “There’s a book club. There’s a shop class where Peter Parker and Tony Stark are building stuff together.”

“The core relationship building mechanic is after most missions,” said DeAngelis. “You come back at night, the heroes are sort of chilling in the common room and you can choose between one of four heroes that are like waiting to hang out with you. But you have to pick one.”

There are a bunch of activities that you can take heroes out on, each playing into that particular character’s likes and dislikes. While it’s simply fun to get to know Peter Parker, you’re also able to undertake these events to level up your friends. 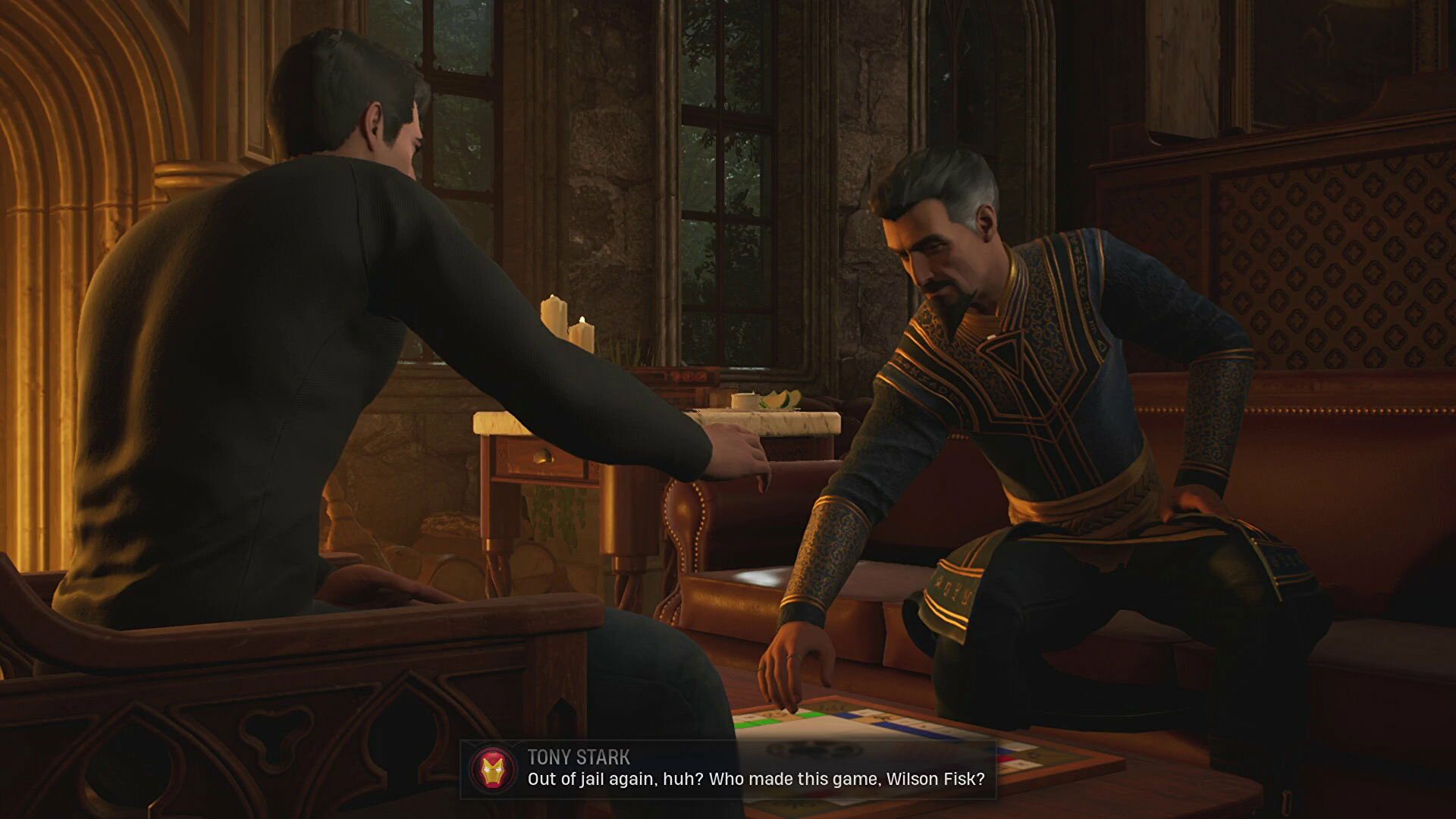 “It’s just about who do you want to level up first, really; it’s balanced in such a way that you’re not going to be able to [level up] them all in one playthrough,” DeAngelis continued.

“You can maybe dabble in relationships with everyone, but if you really want to get that ultimate reward of their legendary ability and Midnight Suns suit, and unlock all their customisation, you’re only going to be able to do with with three, maybe four, in a particular playthrough.”

Marvel Midnight Suns heads to Windows PC, Xbox Series S, Xbox Series X and PS5 on 2 December. We previewed the game last year and have recently spoken to Solomon about why this title employs a card-based format.