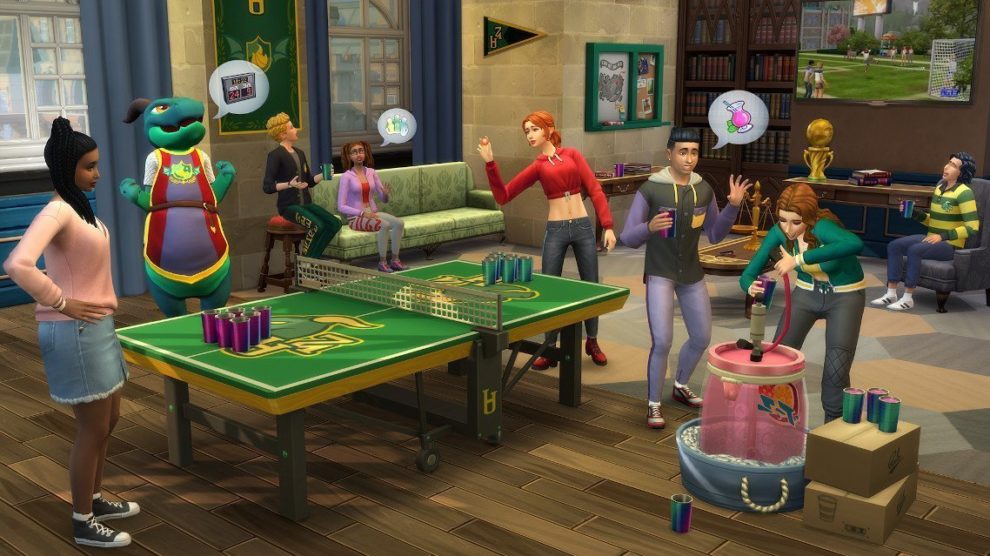 The Sims 4 will add the Discover University expansion pack later this week — a content update that will focus on campus life including all of the studying, partying and social activities in-between. Stevivor used the opportunity to head over to EA’s global headquarters in Redwood City, California to spoke to Senior Producer, Mike Duke, about this latest update and what we might expect in the future.

“[Campus life] is something we’ve done a couple of times in the past for The Sims, and at this moment it’s also the most requested thing that we hear from our players as we started to bring all of our other packs to life,” Duke said. “I think we had set that expectation that it will come at some point in each version of The Sims. For us on the team it was a good line up and we had a design that we liked.

“What is cool about it is that this feels like our last must-have, or highly-expected pack from our core community. So when we finish this one it is blue sky time, we can do whatever we want now and no one even knows what to expect next. That is really exciting for us from a creative standpoint.”

The developers for The Sims 4 have managed to get out a new expansion release around every six months, so these exciting new packs might not be too far away. Duke explained how they are getting to be more familiar with the engine, useful when producting regular updates.

“I wish we could say we’ve mastered the workflow,” Duke said. “We continue to iterate it, but we’re definitely getting more comfortable. What starts to be powerful is that you begin to get really comfortable with your engine, and who your team is. We’re at a point where we feel confident that we can keep a fairly regular cycle on the expansions, with that said though, I think that cycle only holds if we have the right ideas. I can’t promise that every 6 months you’ll see a new one, but we’ll try.”

One of the bigger challenges for a game like The Sims 4, with its years’ worth of content updates and expansion packs, is the ability to draw in new players or returning players. More importantly, the biggest challenge is to not have players feel overwhelmed by everything that is going on. Duke told Stevivor that’s a tough thing to solve, and it’s something that they are looking to address sometime in the future.

“I think it’s a very hard problem,” Duke said. “The Sims 4 is a lot to take in from day one, and our game has only been getting bigger. It is certainly something that is on our roadmap of how to curate that new player journey, but the reality is that in the lifecycle of The Sims we’ve usually seen the new player acquisition really start to slow down as you get this late, but we’re not seeing those signs this time. We’ve got a really engaged audience and we’re continuing to see a lot of new people come in each year, so it’s actually really raising the priority on that.

“For me, when it comes to that strategy, I can’t really talk about the details about what I’m doing, because those things will be coming. But it is absolutely something that you can expect from us, which is things to make it a little easier to get into the game – or find the way that you want to play the game.”

Discover University — the latest expansion pack for The Sims 4 — launches 15 November 2019 on PC; it heads to Xbox One and PS4 next month.