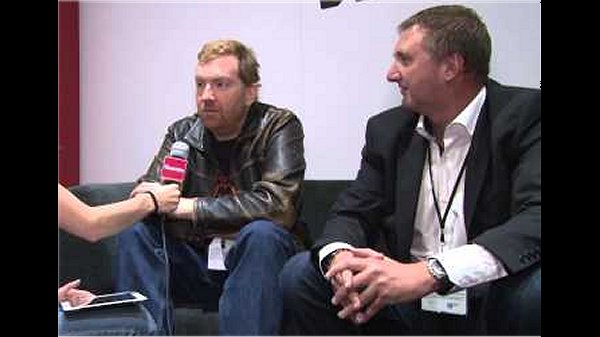 At a recent Borderlands: The Pre-Sequel preview event in Sydney, Stevivor was lucky enough to corner Matt Armstrong (above left), Franchise Director of Borderlands alongside Tony Lawrence (above right), Studio General Manager of 2K Australia, to chat about the game.

Read the transcript below to find out why Claptrap is tricky, and how 2K Australia have left their mark on the Borderlands franchise.

Steve Wright, Stevivor: Borderlands is a long-established and much-loved franchise. How have you balanced retaining fans and trying to grab new ones with The Pre-Sequel?

Matt Armstrong: As you can tell from someone who’s played Borderlands, this is pretty fresh and quick. It feels like Borderlands, but it has low gravity. We unlock the action skill faster and we get through the tutorials faster, because people understand what role playing games are. With Borderlands, no one had done the first-person RPG shooter before, so had a lot to do. We had to train people.

Now, a lot of games do this, so we could just jump right in. This game has low gravity, so it’ll completely change your gameplay style. We, of course, have four new character classes too. They’re all easy to use at first, with clear and accessible skills – apart from Claptrap, who’s tricky – but once you go down skill trees, you see they’re complex. Claptrap has skills that are all about co-op. If you look down each tree, you’ll realise there’s some strange and interesting things to do, especially when you start finding equipment. Everything’s fresh and there’s cool stuff for everyone to do.

You can look at The Pre-Sequel as a standalone game where we follow the villains who grow into the epic characters of Borderlands 2. Handsome Jack needs to solve problems [in this game], but throughout, he more and more comes to realise that the only way he’s going to be able to succeed is to bend the rules. To do some bad things. He starts realising that the end has to justify the means and half measures don’t always work. So he starts going down a darker and darker path, while the heroes of the first Borderlands took a different, better path.

The player characters in this game each have a different reaction to Jack’s decision. Some go good, some go bad. 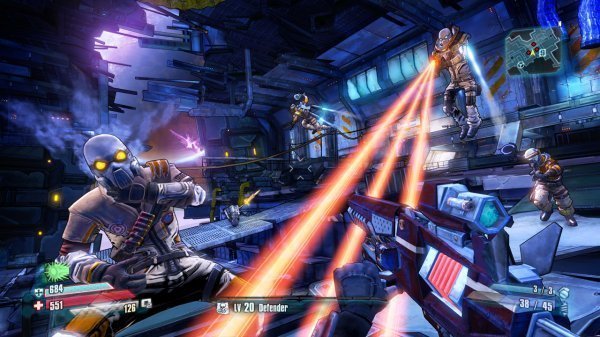 Stevivor: The moral ambiguity sounds very Star Wars, with the dark side and the light side…

Armstrong: When you look at any protagonist, they’re definitely seen as doing something heroic and necessary. In this game, just because [the main characters are]… the protagonists doesn’t mean they’re the good guys. In fact, a couple of them are plain bad guys. But, they’re saving the moon.

Tony Lawrence: And Handsome Jack has always seen himself as a hero. He’s the hero of this game, but he also sees himself as the hero of Borderlands 2. It’s really just all about perception.

Armstrong: It’ll be really interesting when players play the game. When it comes to this moon, everyone will suffer a terrible fate; he’s making a real effort here to prevent that from happening. The way he does it might not be great, but he’s still doing it. It’s all about being morally ambiguous.

Stevivor: Like Star Wars, these are releases that aren’t directly linear. Some happen before others, or vice versa. If you owned all of the Borderlands games, but haven’t played any of them yet, which order should you play the games in?

Armstrong: My view is, we know that people played Borderlands 2. We have some questions that are answered and we know there’s a mystery left. There might even be some surprises with how things go. The mystery of some of the unanswered questions with Borderlands 2 – well, actually, I’m going to complicate this question. Tales of the Borderlands [an episodic game by Telltale Games] is also coming out, and it takes place mostly after Borderlands 2, but has story elements that tie into Borderlands 2 and also The Pre-Sequel.

I think you should play these games in the order they were released to maintain that mystery.

Lawrence: Now, I agree with that, but for different reasons. It’s mostly about the low gravity. Once you’ve played with it, and the jetpack, and the double jumps, it’s hard to go back. You want to double-jump, and you want to butt slam.

Armstrong: That low gravity stuff is all really [developer 2K] Australia. They did a lot of it; the physics, the air control and the tightness of the double jump. The quickness of the butt slam; they’re all stuff that you really start enjoying.

Stevivor: How does space factor into gameplay, and can you provide readers with some tips to excel? Do you play minding your oxygen, or do you go nuts, double jumping and not worrying about how that meter is going?

Lawrence: We didn’t want to make it a game where managing resources was your primary concern. I saw you playing, and I saw you starting to figure it out. You start to realise where you can resupply oxygen, and then it’s not really a concern.

Armstrong: Enemies also drop a lot of oxygen. In fact, the game will look and say, “oh, you’re low on oxygen, so we’ll spawn some for you” when you need it. I play and need it all the time, because I am always up in the air.

Stevivor: You talked about Claptrap being tricky before. How? Why?

Armstrong: Claptrap’s skill is called vaulthunter.exe. With it, he analyses the battlefield and comes up with a Vault Hunter that would be appropriate for the setting, including some Vault Hunters that don’t exist. Sometimes, he chooses something that requires something very specific, like pulling out a melee weapon or a big bomb.

With the bomb, he blows himself up in the process, so if you don’t use it and kill someone, you’ll go into a downed state. It’s tricky in that way. If you use him correctly, then he’s incredibly effective. A lot of what he does also affects the team, like regenerating grenades, giving one or two free grenades in that moment.

Of course, he can also trigger a scenario that causes everyone to bounce around… 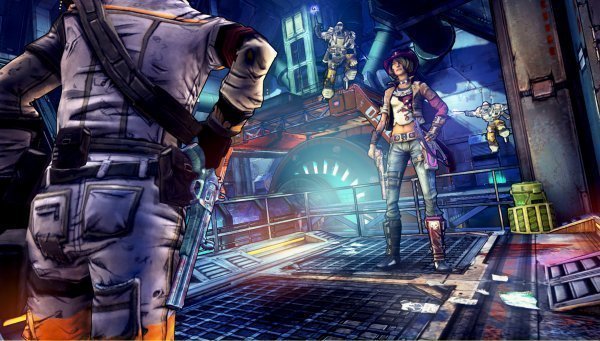 Stevivor: And then you’re screwed then?

Lawrence: Not at all! Then you just butt slam everything!

Stevivor: So, is it safe to say that only seasoned players should play as Claptrap?

Armstrong: Truth be told, the first time you play The Pre-Sequel, you probably shouldn’t play as Claptrap. If you choose to, it’s still Borderlands; death isn’t that painful, you can play co-op with your friends. Claptrap provides for a fun, silly experience. If you don’t like Claptrap, don’t play as Claptrap.

Stevivor: This game is great at humour. It’s “always on”, in showbiz speak. That’s got to be difficult to maintain over the course of many hours of gameplay, right?

Armstrong: Borderlands is developed by a lot of people. A lot of people bring their own humour and ideas and concepts to it. It’d be different if it was me and [Gearbox Writer] Anthony Burch sitting in a room doing all of this.

If you go the moon and it feels Australian, that’s because it is. Everyone who works on a Borderlands game brings themselves to it. It’s great, it’s fantastic.

Lawrence: It took us a while to get there, though. People kept coming to me and said they weren’t sure what they could do. I told them to push the envelope and see what would happen.

Armstrong: And sometimes it was too far, but that’s good.

Armstrong: It’s like herding cats. But those cats are awesome! The silliest quest in the history of Borderlands is in this game. Best of all, we’ve got a great story with some really dark undertones.

Lawrence: The moon, for a start. It’s a pretty big one.

Lawrence: The Australian sense of humour is in there too. In spades. There is so much in there. There’s a cricket reference or two. There’s an enemy called ‘Red Belly’, who looks like Ned Kelly, but with a red belly…

Armstrong: Americans won’t get that at all. 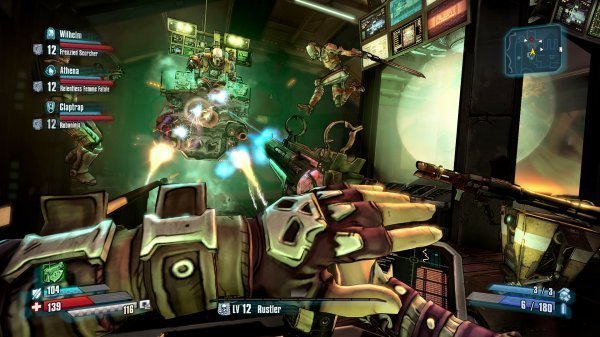 Stevivor: Are you worried that everyone won’t get that uniquely Australian sense of humour?

Armstrong: No. There are bits of humour in our games that are so obscure, 99% of our players won’t get it. It’ll be great if people see Red Belly, don’t get it, look it up and learn about Ned Kelly that way.

It’s a great feeling when you hear about people that go and look up things like Woody Allen references that they didn’t get beforehand.

Stevivor: Our time’s sadly up. Thanks for spending the time to talk with us.

Our new preview of Borderlands: The Pre-Sequel will be up shortly.

Borderlands: The Pre-Sequel launches on 14 October in the US and 17 October internationally for PS3, Xbox 360 and Windows PC.