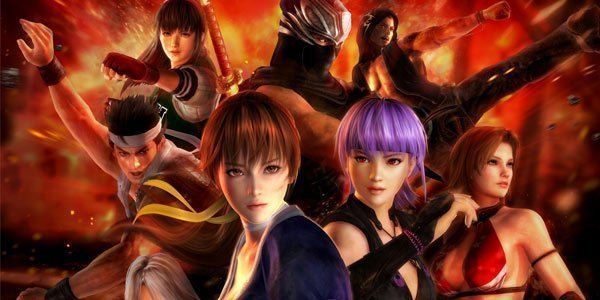 With Dead or Alive 5’s release just one week away, we caught up with director Yosuke Hayashi to discuss the game, the lasting impact of Tomonobu Itagaki’s departure from Team Ninja and yes, the god-awful movie.

The fighting-game franchise’s first home console incarnation for almost seven years, Dead or Alive 5 was developed entirely without the input of former Team Ninja head and DoA creator, Tomonobu Itagaki. While the development team remained true to the series’ roots, his departure has allowed the team certain freedoms.

“The biggest change was that we were able to make the game together with the community. Up until now, the communication with our fans has been only a one way street – from us, the developers.  We managed to turn this into a two-way street,” Hayashi said.

Fans were invited to test the game, with their feedback helping shape the final version.

As the only numbered Dead or Alive title to appear on the same console as its predecessor, many are uncertain as to whether 5 will be a big enough leap forward for the franchise. Hayashi believes that with dynamic fighting stages, it will be.

“We were able to incorporate dynamically moving and changing stages in the game,” Hayashi said. “Up until now, stages have been visually striking, but they never really changed or reacted to the fight itself.  In DoA 5, we managed to realize this reaction, so stages react and move to the fight. This technology first became available in this generation, and DoA 5 has implemented it into fighting games!”

PlayStation 3 owners will be able to download the full version of Dead or Alive 5 the same day it is released in stores. The franchise hasn’t appeared on a Sony home console since Dead or Alive 2 launched alongside the PlayStation 2. So what updates can returning fans look forward to?

“It has been a long time since DoA 2 and the series has matured and evolved so PlayStation owners will enjoy this new experience I believe,” Hayashi said.

When talk quickly moved to the subject of the Hollywood Dead or Alive flick, Hayashi was quick to disown it.

“The movie was something not worthy of the DoA crown and it left fans disappointed,” he said. “We are thinking more carefully as to how we want to show and expand the brand.”

General rule of thumb is, the less Holly Valance, the better.

Dead or Alive 5 will be available locally on 27 September for PlayStation 3 and Xbox 360.