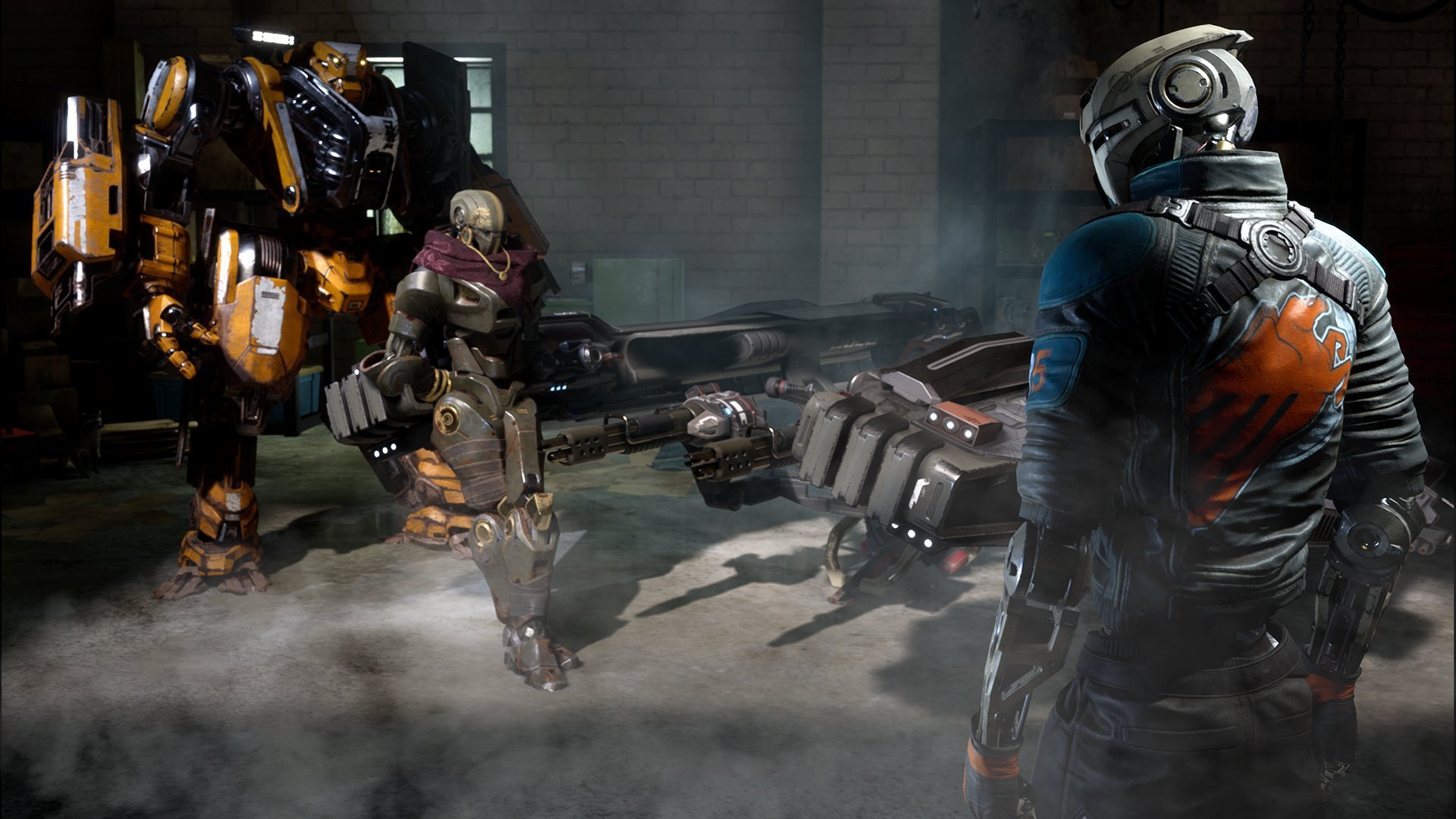 Halo co-creator and ex-Bungie developer Marcus Lehto said his new studio V1 Interactive considers a fully-fledged universe and associated lore equally as important for its upcoming Disintegration as Bungie did developing the likes of Halo or Destiny.

“From the very beginning, lore within gameplay is very important to me,” Lehto told Stevivor when asked how lore will factor into the new sci-fi, RTS, third-person shooter.

“I love deep stories, and stories with a lot of expansion — universes with expansion potential,” he continued. “That is something that is deep within Disintegration and the universe we’re creating. The story we’re creating has a beginning, a middle and an end to it, but there’s more story to tell.”

From what we can tell, Lehto’s speaking the truth — we already know a bunch about Disintegration’s single-player story. We’ll play as Romer Shoal, a protagonist that exists as a human brain inside a robot exoskeleton. While naturals — those with their original bodies — still roam the earth, most of humanity exists as Shoal does due to a near catacylsmic extinction event that forced the form of artifical evolution. Shoal fights against a being called Black Shuck and his post-humanistic, the Rayonne, beings striving for perfection who believe the destruction of humanity is essential will aid in that quest.

While that certainly sounds juicy and explorable, Lehto admitted that V1 is a much smaller studio than Bungie. As such, further opportunities to explore Disntegration‘s world outside of the game — perhaps through novels or animated shorts — won’t be available at launch.

In terms of gameplay, Disintegration can best be described as a mixture of Halo and XCOM. Playing as Shoal, you’ll hover above the battlefield in a grav-cycle, shooting at baddies, all the while commanding a legion of ground troops. Said army will possess unique traits such as concussion grenades, so deploying soldiers and taking advantage of their strengths will certainly mean the difference between success and failure.

Disintegration was announced back in July 2019 and is planned for a release on Windows PC, Xbox One and PS4. Two technical betas will take place from next week, followed by an open beta