Stevivor
Home Features Interviews Director Atsushi Miyauchi on Dynasty Warriors 8 and what could come to... 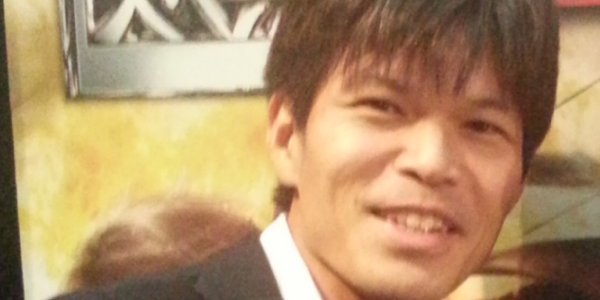 Stevivor had the opportunity to sit with Atsushi Miyauchi on two separate occasions in the past few months: once at E3 in Los Angeles, and once in Melbourne during PAX AUS. The man sure gets around.

Here’s a transcript of the best moments of both of our brief interviews. In them, Miyauchi-san speaks of the innovation seen in Dynasty Warriors 8, and what’s to come in new iterations of the popular franchise.

Stevivor: DW8 has been out for some time in Japan — were you pleased with the response?

Atsushi Miyauchi: In Japan, it’s done pretty well. We always hope any game will sell more! [Laughs] A lot of reviewers has said the game’s been able to expand upon the series  and move it forward. It seems to them to be an almost perfect version of Dynasty Warriors… so it’s very positive.”

Stevivor: The series is hugely popular with its fans — what do you think it is that resonates so well?

Miyauchi-san: The key – or core – concept is one versus many, where with simple actions, you can defeat so many on-screen officers at once. That’s one constant that we’ve kept in all of the titles over the last ten years.

We’ve got users that have been with the series for all ten years, and new ones that’s have picked up this game now. In order to appeal to both – and to ensure a similar kind of experience with each title – we remake the game engine from scratch. Even though it’s part of a series, with every new title you start at the same point. I think that keeps gamers coming back for more.

Stevivor: You’ve mentioned several times that the DW series is about being a ‘one man army’ – after so many similar iterations, why do you think people keep coming back?

Miyauchi-san: There’s a two part answer to that. You said, ‘people keep coming back,’ but we’ve found that many people actually come back to the franchise after a number of years away. With Dynasty Warriors 7, it was actually the ten year anniversary of the series. We found that a lot of fans of the previous titles actually came back to celebrate that accomplishment and the game with us. At that point, we really felt they were a part of the Dynasty Warriors family. They’re not always here all the time, but they come back and they’ll always be a part of us.

With players who come back to the game, iteration after iteration, I think it’s because we’re keeping to that core ‘one versus many’ game theme; fans realise that it’s consistent and they can count on that. The same thing goes for our source material, “Romance of the Three Kingdoms.” Even though it sounds like we’re using the same story over and over again, we’re actually telling it from different angles and using different characters. I think fans ask, ‘this time around, I wonder who is going to be the main focus of this storyline? What new characters are coming up?’ Fans are definitely interested in which changes we’re making to the game.

Stevivor: Marketing material has mentioned that with DW8 “you will dominate like never before in the series.” How exactly is it different from previous titles?

Because of this, we’ve also had to add more characters into the game; we’ve got 77 characters now, 10 more than DW7. We’ve got 77 different weapons available, and any character can choose any weapon you want; they’re not preset. That’s something new we hope users will enjoy.

Stevivor: You’ve been involved with DW since the beginning, and Director since DW7. Provided you remain in charge, do you intend to make any large changes?

Miyauchi-san: So, we’re still in the idea stages, but if there is a Dynasty Warriors 9, it’ll probably come out on a next gen console. With that in mind, there are two things we’d like to consider. The first idea is to make more of an open world game, with multiple battles happening at once; the player could then decide which one to jump into. 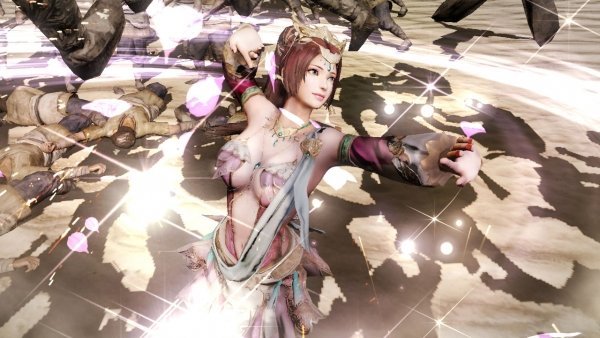 The second — because of the large number of weapons that we’d have — is to have a scenario in future where players can switch weapons, and whichever weapon you’re using change how the game plays. As an example, if you’ve a sword, it’ll be the traditional ‘one versus many’ gameplay, but if you had stealth weapons, perhaps, it’d have a more stealth-like, secret weapon feel, almost like Assassin’s Creed. Those are the kind of things we’d like to explore if there’s a Dynasty Warriors 9.

Stevivor: So this doesn’t have to focus on a next-gen Dynasty Warriors game, but with those new next –gen consoles – the Xbox One and the PS4 – I’m curious about what new functionality interests you, as a developer?

Miyauchi-san: The ‘Share’ button and its functionality interest me. Right now, really, our users are only receiving information. With the ‘Share’ button, gamers have more opportunities to share from their end; to be the creators from their end. Games can really benefit from that, with users sharing ideas online. Gaming will definitely change, and in a positive way, by having that sharing function.

Stevivor: Each new title adds new warriors and weapons (with DW7 offering a whole new faction) – is there an endless supply of Chinese warriors in this period of history for you to tap into?

Miyauchi-san: [Laughs] It’s a secret… but actually, yes. We’ve run out. We’ll make sure to gather more, though.

Stevivor: So that’s what the next-gen console will do!

We would like to thank Miyauchi-san for his time, and Mindscape Asia Pacific for arranging the both interviews.

We’ve received a review copy of Dynasty Warriors 8, so check back for our thoughts on the game shortly.