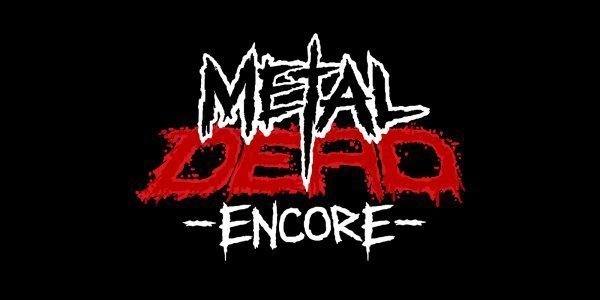 The Expo hall at PAX Australia was full of indie games trying their best to get their product out there. For me it wasn’t the visuals that made me want to check out the Walk Thru Walls title Metal Dead: Encore, but the soundtrack.  The fantastic metal riffs that emanated from their stand stirred my inner bogan, making this title unavoidable. After introducing myself and having a quick play, I decided it was time to find out more about Metal Dead: Encore. Company co-founder Robert Wriedt was more than happy to take a couple of minutes out of his hectic PAX schedule, grab a seat and tell the Walk Thru Walls and Metal Dead story.

Robert Wriedt: Walk Thru Walls Studios started out as a team of two people about 3 years ago, and we released our first game, Metal Dead in late 2011.  As of 2013, we’re a team of five.  My first experience working in the games industry was as a cinematic artist at Krome Studios in Brisbane.  When the company closed down I really didn’t know what to do with myself.

My friend and co-founder Liam O’Sullivan and I have known each other since we were about three years old.  We put our heads together and thought “what do we love and what do we want to do?”  The answer was zombies and heavy metal so we said, ‘let’s make a game about that!’ Metal Dead is a point and click adventure full of all the stuff we love.  The original is available on Gamersgate and Desura and is available for a couple of bucks until early August 2013.

Stevivor’s Cav: So what have you brought to PAX Australia?

Wriedt: Metal Dead: Encore is a complete dream project.  Once again, it’s a point and click adventure full of metal, zombies, gore and humour and it follows on directly from the end of the first game. The soundtrack to Metal Dead: Encore is an absolutely full-on metal soundtrack, scored from the ground up like a movie. A lot of people asked for a really heavy soundtrack after playing the first game, and a musician hailing from Argentina was happy to oblige!

Alejandro Tiscornia was a fan of the first game, and he sent us some ‘fan-art’ in the form of a re-worked version of the main Metal Dead theme using real guitars. We were wrapped. When we decided to do a sequel, we got in contact with him and asked him if he’d like to get on board and do the soundtrack.  Every instrument you hear is played or programmed by Alejandro, the drums, the guitars, everything. He’s really talented!  He’s an absolute machine! He’s been working really closely with us to get an amazing result.

Cav: Are there any other elements of Metal Dead: Encore you can tell us about?

Wriedt: We are hoping to release Metal Dead: Encore in early-mid 2014. We would love to integrate voice acting into the game as well. We are looking into crowdfunding services which might help us get voice acting.  But the voice acting would need to be good! We don’t want to go with a half-arsed effort.  As with the first title, Liam has written the story, I’ve done the art, code and animation. Our new background artist is Kai Hulme, and Josh Davies provides additional animation. Both Liam and I work on the design.

When it’s released, Metal Dead: Encore will probably be around the $10 AUD mark.  The game will have an initial release on PC, but will hopefully make the transition to Mac, Linux, and eventually tablet devices. Both games are currently braving the crowds on Steam Greenlight so any thumbs up we can get will always be appreciated!

Thanks to Robert for his time.