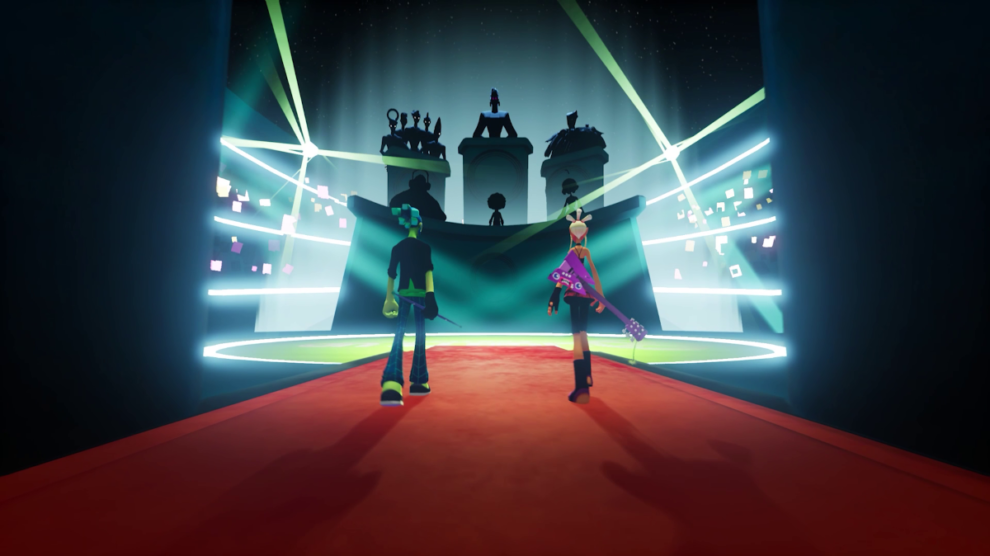 Stevivor was lucky enough to (virtually) sit down with Daim Dziauddin and Wan Hazmer, co-founders of Metronomik, to discuss No Straight Roads. Together, the pair detailed the game’s design, mechanics and more.

Steve Wright, Stevivor: I’m completely interested in how your previous experience has lead you to such a departure in NSR?

Daim Dziauddin: I have always been a fan of music-related games such as Space Channel 5 and Rez. They often have very stylish visuals and a very interesting world that goes with it. In animation school, I tend to animate the characters to follow the music, so most of my work felt more like a musical than an animation reel. Music has always been important in my life and it was natural that our first game carries that philosophy!

Wan Hazmer: Same here. Additionally, I’ve always been fond of dynamic music in games, since the early days of LucasArt games like X-Wing and Tim Schafer’s adventure games. When I was the lead game designer of the Culture team (aka City/Hub team) for Final Fantasy XV, we insisted on having dynamic music in the cities where the music tones down a bit as you enter indoor areas. I wanted to push the envelope further by having music play a stronger role in game design, and that’s how NSR was born! 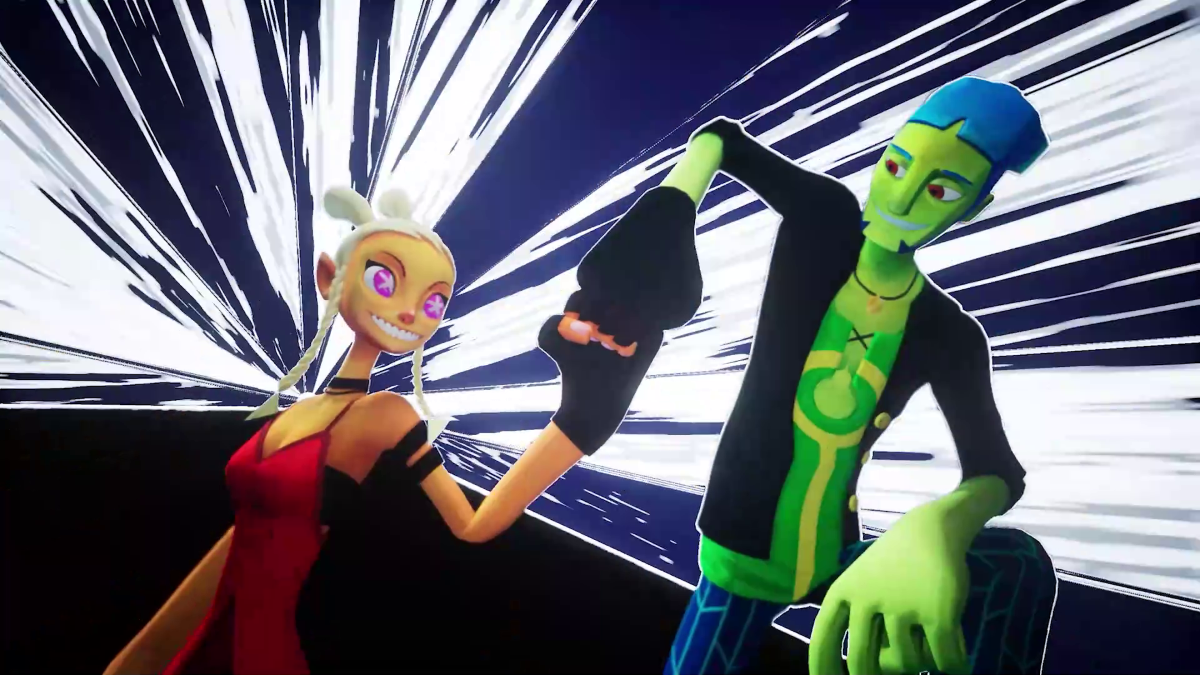 Stevivor: Is EDM really the enemy? I’m as amped for those in-game tracks as I am for rock riffs!

Dziauddin: Well, they are the enemy in this game, as in, you have to do battle with these EDM artists to progress further. But, are the artists truly evil? Not necessarily. We don’t want our story to be a basic good vs bad tale, as we feel that is an oversimplification on how the world works. We want every character to be human, to have his or her own beliefs, and as you learn each of the character’s backstory, you start to understand the big picture.

Stevivor: In this era where games try to distance themselves from being political, where does NSR stand on that front? It’s fairly easy to see parallels in regards to an oppressive leadership class…

Dziauddin: Although I personally have strong beliefs, we do not intend NSR to have a political message. NSR deals more on a personal level. It is more about the people, and how different individuals have different ideals. And that clash of ideals is the heart of the story of our game.

Stevivor: Can you detail how important the parry move is? In the preview, I recall a tooltip saying it wasn’t really needed, but then I found it was absolutely essential against bosses in final battles. 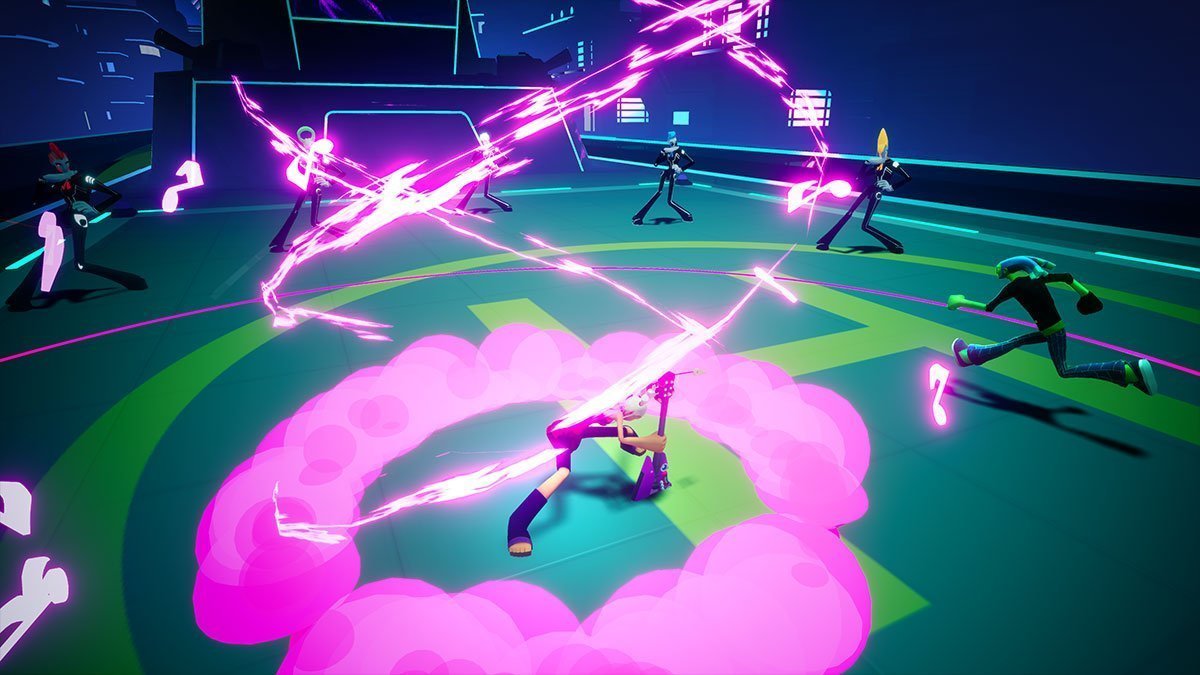 Hazmer: I guess it depends on what you mean by “essential”. The parry move is not compulsory in the Normal, Hard and Crazy modes for all the boss fights because you can actually roll or jump dash away, just that the timing gets tighter the further you are into the game.

We wanted to make sure that action gamers need not be pressured into parrying if they don’t want to. However, parrying will make the Hard and Crazy modes easier, and it’s definitely essential if you want to get an S-rank!

To be honest, my secret goal with this game is to make everyone realize that they have a sense of rhythm when they’re not limited to pressing keys to the beat. If they think it’s essential and manage to pull it off, I have achieved my ultimate goal (laughs).

Stevivor: Have accessibility options been built in? Perhaps to cater to those with hearing difficulties, as an example? Or maybe colourblind options?

Hazmer: Ah yes, colourblind options! To be honest, our team was looking into it because there were some options to enable that in the Unreal Engine. Unfortunately we didn’t have time to implement them as we already had our hands full with debugging and optimization of the main game.

But good news for those with hearing difficulties! We used to have only subtitles without nameplates, so we included them in for Day 1 Patch. Also in that patch, you can also toggle the display of a beat visualizer via the Options, which is a little circle in the bottom-right corner that pulsates every beat.

I deeply care about including everyone in our little party, so I will definitely consider it for our future patches. 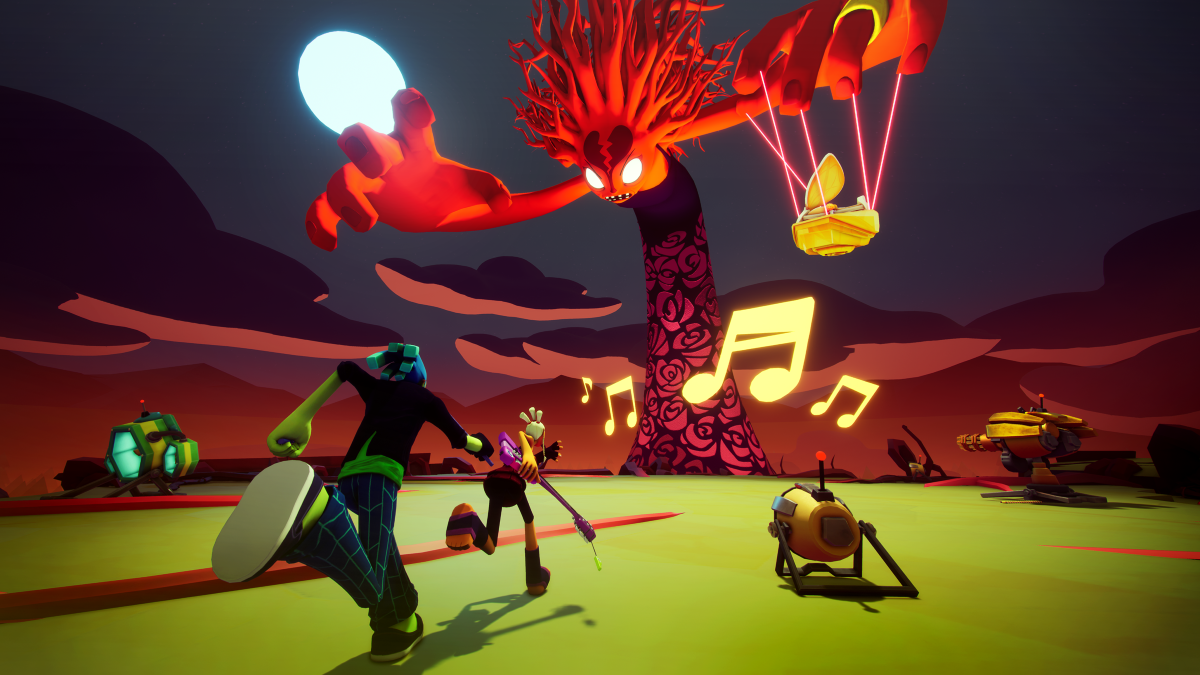 Stevivor: Not only are Bunk Bed Junction quite unique, all of Vinyl City’s EDM acts are as well. Can you take me through some of your design philosophy/themes for our heroes and their villains?

Dziauddin: For the NSR artists, we have a 2-theme rule that applies to all of them. Let’s take Sayu for example. Her first theme is being a digital idol. However, that alone does not give us much to work with. That is where the second theme comes in, and in the case of Sayu, it is the underwater theme. This gives us a much bigger canvas to play with and opens up to a lot of fun and creative ways of designing her level. In the early stage of designing the cast, we made sure that all of the NSR artists have vastly different themes so that each boss feels unique.

For the heroes, the most important thing to me is that we do not design them as caricature rockstars. We want them to look like regular people, as music can come from anyone. We try to give them stylish clothes, but at the same time they are restrained to reality. Actually, this philosophy was also applied to the whole cast of No Straight Roads. Even though the world is pretty bombastic, we made sure that their fashion feels grounded enough that you could see someone wearing them in public.

Stevivor: In the same vein, it looks like Vinyl City’s districts will also have their own feel too – so same question, really, but for locales!

Dziauddin: This is all thanks to our concept artist Ellie, our CG director Jarold, and the environment modelers Danish, Makoto and Hafiz. They were the ones who breathed life into every district. We made sure that each district has its own distinct silhouettes and shapes. When you explore further, you will learn that each district serves a different purpose to the city too.

Sayu’s district caters to tech geeks while Eve’s district is more for people who enjoy high art. Additionally, we also put in some old Malaysian architecture as well, so we hope our Malaysian fans would catch these little details that might not be apparent for other people! 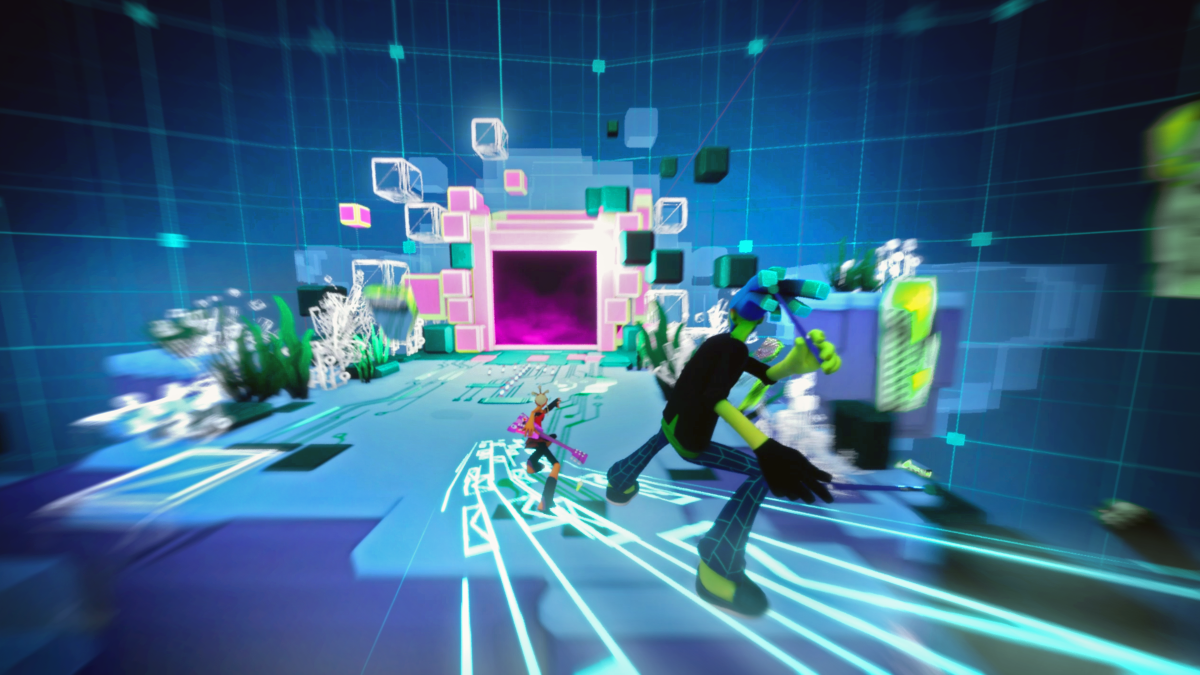 Thanks to both for their time.

No Straight Roads is available now on Windows PC, Xbox One and PS4, with a Switch release to follow. We reviewed it here.