Stevivor recently had a chance to chat to Eric Jensen, Senior Game Designer at PlayStation’s Bend Studio about the upcoming Days Gone. Here’s what he had to say about the enemies nighttime behaviour.

“The time of day can definitely affect what types of freakers are about,” Jensen explained. “How many there are, how strong they are. It can also affect the ability of humans to see, like they have a harder time seeing in snow than in clear weather. In addition, the behaviours of the humans will be different depending on night and day and weather conditions.

“We showed you guys the hordes last year; that’s hundreds of freakers all in a big group and when they are in that state they act somewhat as a hive mind. So like a school of fish or a flock of birds, they’ll all kind of move as a giant entity although when there’s a few less in what we call a swarm, a swarm is a little bit more unpredictable when it hit the camp they just started chasing everything that they could eat and scattered and ran off.”

Protagonist Deacon’s motorcycle will play a major role in Days Gone, with Jensen detailing how it will be more than just standard transportation.

“There are two number if you look closely on the motorcycle, one of them is your gas and the other is its repair state,” Jensen pointed out. “So you have to actually collect scrap throughout out the game to repair your bike. It’s like a real motorcycle, it doesn’t necessarily drain gas that quickly but it is something that you’ll have to keep in mind. There are only a few places in the world that it’s safe to get gasoline.” 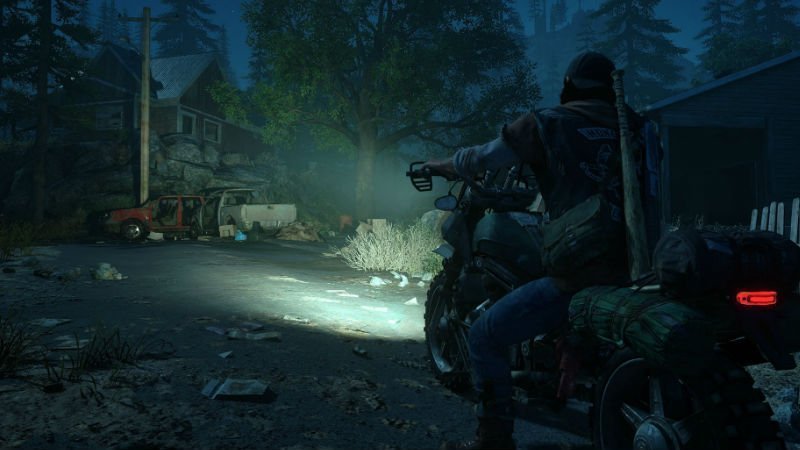 “There are a lot of things you can find in the world,” he continued. “Most of them are going to be a benefit to you for crafting items and coming up with additional ways to attack and survive. Collecting stuff in the world is definitely important. If you take the slower routes on the bike where it’s a bit flatter and safer you might not damage your bike as much, if you go across country and off crazy jumps then yeah it’s going to impact your bike but there are also upgrades for your bike that might make it sustain damage a little bit better.

“You can only carry so many weapons at one time, your motorcycle, however, acts as a mobile inventory system as well so you can carry additional weapons on your motorcycle and then you can choose to swap out what you actually have on your person.”

Jensen said there are many different biomes and environments that we can expect to see in Days Gone.

“Mostly what you’ve seen is the cascade environment which is the mountainous pine forest region, there are other areas that have — I don’t know if you’re familiar with central Oregon and the pacific northwest its very volcanic — all the mountain ranges are volcanoes, most of them aren’t active anymore.

“Mount St. Helens is a famous one but there are areas that are more desert like that have lots of lava features. You can find lava tubes in some places it’s basically in the high desert. That’s why we picked the location because of the diversity of the terrain in such a small area. It’s very similar to what we see in our own backyard so if we drive to the west we are in the mountains, there’s snow there’s skiing. If we drive to the east it’s the desert and juniper trees. You’ll get a hint of all these environments for sure in Days Gone.” 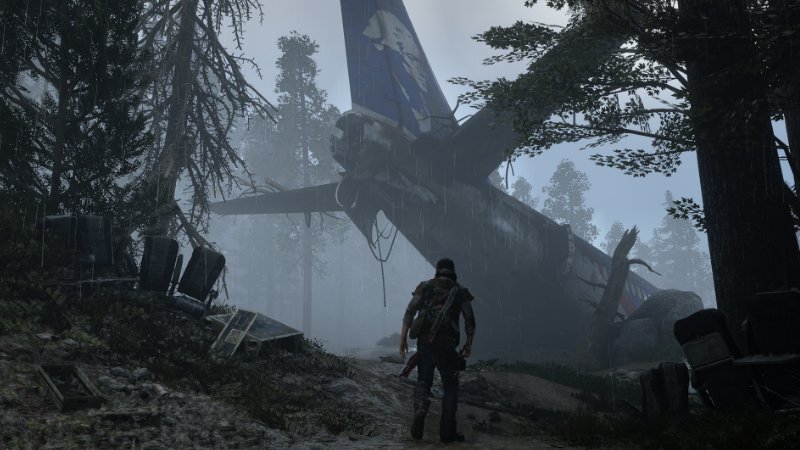 We have heard a lot about Days Gone being open world — Jensen was able to give a quick overview of how that will impact its narrative.

“Some of the missions that are more core to the storyline might be a little bit more directed but we try as much as possible to let you come at it in any way that you want. For the bulk though it’s an open world and you can come in from any direction, you can bring whatever weapons you want. You may have learned skills you may not have and you can obviously be observant about the environment and try and find things in the environment or the creatures in the environment that you can use to help you like leading the swarm into a camp.”

Jensen then spoke a little about the engine Bend Studio is using and what it’s like to work first party for Sony.

“We started with the Unreal engine and we’ve heavily modified it of coarse especially on things like the graphics to have a full day night cycle and dynamic weather. We have 100% dynamic lights in a big open world that’s got the details you might normally see in a linear type game. We are very proud of what we’ve managed to pull off as far as the graphics and the imaging power.

“Working first-party for Sony is awesome and Sony obviously want the best game possible and so in the past when we did Uncharted: Golden Abyss we collaborated with Naughty Dog; obviously it’s their world so we wanted to make sure we treated it well. On this game though we are very much on our own, we’ve been developing this IP over a few years to try to come up with a really solid game that is only going to be available on PlayStation, Sony gives us the support that we need to make an awesome experience.”

Days Gone will be available on PS4; a release date is not yet known.