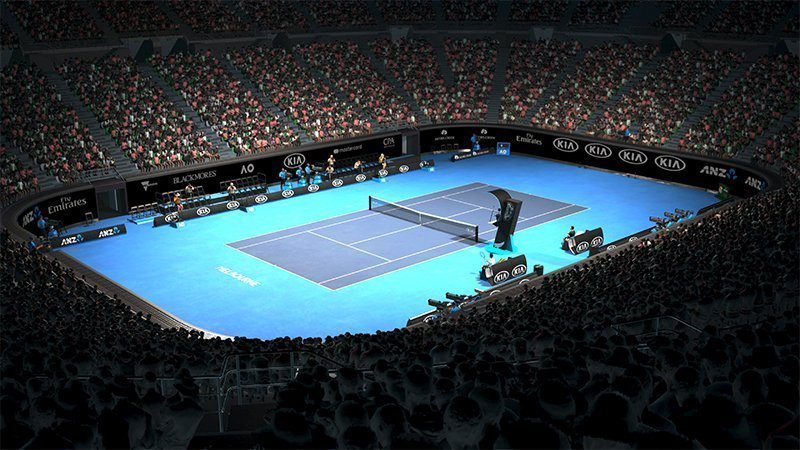 While Big Ant titles like Don Bradman Cricket and Ashes Cricket have moved to include a reference to a specific year in their titles, AO Tennis will continue with a numbered naming convention in the future.

“There’ll be an AO [Tennis] 3, 4, 5, as far as I can tell,” Symons said, adding that the naming convention was “actually more about the licensing” than anything else.

These future sequels won’t be released year on year, mirroring the two-year gap between the orignal AO Tennis and AO Tennis 2.

“I somehow doubt that [the next release date] is going to be in a year,” Symons said.

The head of Big Ant said that the reasoning for staggered releases is, in part, because of AO Tennis‘ creation studio.

“I hope people appreciate that instead of giving people DLC and all these things that you pay for… that this is a sandbox. All the [user-created] content from AO 1 is loadable into AO 2,” Symons said.

“I can categorically say that we won’t be charging you for extra players. If we did, I fully expect that someone will make just as good a character in the Academy and put them up there for free.”

AO Tennis 2 heads to Windows PC, Xbox One, PS4 and Switch on 9 January.