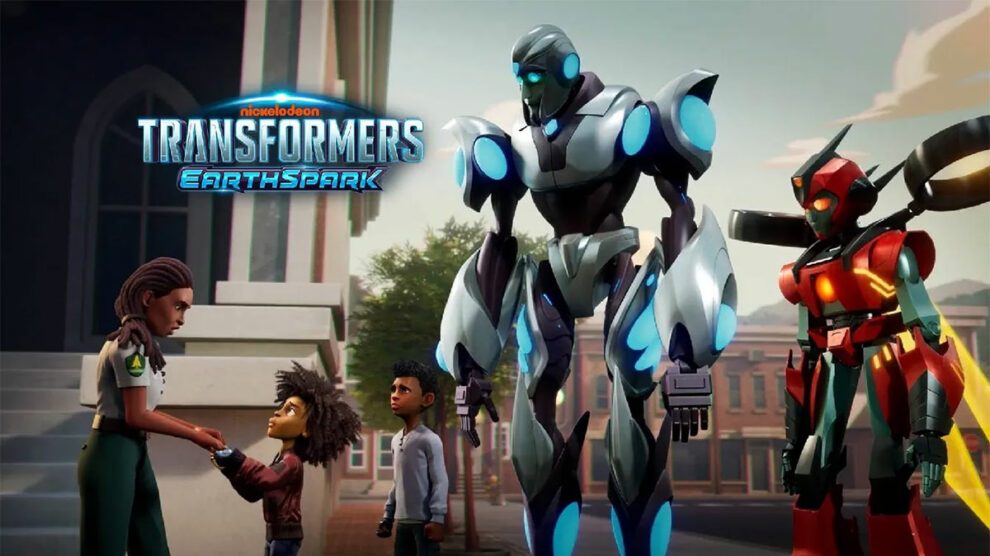 And we spoke to a number of its voice actors to delve into them!

Transformers Earthspark is set to debut on Paramount+ in a week’s time, and ahead of this, we were able to sit down with a number of its voice actors to talk about what’s to come.

Earthspark is a continuation of the classic animated franchise, breaking the mold by introducing Terrans, the first Transformers robots to be born on Earth. According to Paramount+, the Terrans will work “together with the humans who welcome them in and care for them [and]… redefine what it means to be a family.”

While that may sound like the makings of an after school special, Earthspark is anything but, offering up some complex relationships and themes right off the bat in its two-part opening.

“This is definitely not a Nick Jr. type of show,” Jones said in conversation with Stevivor. “That has a time and a place; this is not that. This is for all of us to appreciate good storytelling and plot.”

Very quickly on, Elita-1 appears front and centre with franchise stalwarts Optimus Prime… and in a crazy turn of events, Megatron, once the Autobots’ archenemy. Megs, as he’s now known to some, is working together with our beloved Transformers in a post-war peacetime.

“The story of the Transformers is and has been the great war, from inception until recently,” Jones said. “This is a new take on that. What happens after the great war? How we reconcile with people that we’ve been fighting for centuries, and how do we form a truce? And is it an easy truce, or are there moments of difficulty in the truce?”

Jones co-stars with a number of big talents, including Alan Tudyk as Optimus Prime, Rory McCann as Megatron and Diedrich Bader as the actual villain of the series, Mandroid. They ultimately take a backseat to the real stars of the show, a grouping of two human children and two Terrans who form that aforementioned family.

The humans in question are Mo and Robby Malto, voiced by Zion Broadnax and Sydney Mikayla respectively, who find the Transformers’ first Terrans: Kathreen Khavari as Twitch and Zeno Robinson as Thrash. Together, the four work together to understand their place in the world.

“I see a lot of the parallels between the teens [in the Transfomers movies] and Robbie; that same feeling of being an outcast… or not knowing where you belong,” Mikayla told us.

“There is quite a story arch for all,” Khavari added. “Twitch and Thrash, they’re both trying to figure out who they are.”

The Terrans come across as teens themselves, eager to mature but sometimes jumping into things a little too quickly.

“Twitch sometimes doesn’t have the patience,” Khavari said. “She wants to rush into it and come into who she is, immediately.”

Keeping with that teen analogy, Twitch is slightly ahead of Thrash in terms of development, finding her Transformers alt form in the two-parter while Robinson’s character does not.

“It happens, don’t worry. That’s… a cool little testament to the characters of Twitch and Thrash; Twitch is always a little ahead,” Robinson said.

Luckily, the group is aided in their quest of self-awareness by cybersleeves, accessories worn by the humans that link with the Terrans; through them, the group immediately can glean the thoughts and emotions of one another. The sleeves have pros and cons, as Broadnax explained.

“If they hurt their knee, then my knee is going to be hurting,” she explained. “If they’re tired, then I’m going to be tired.”