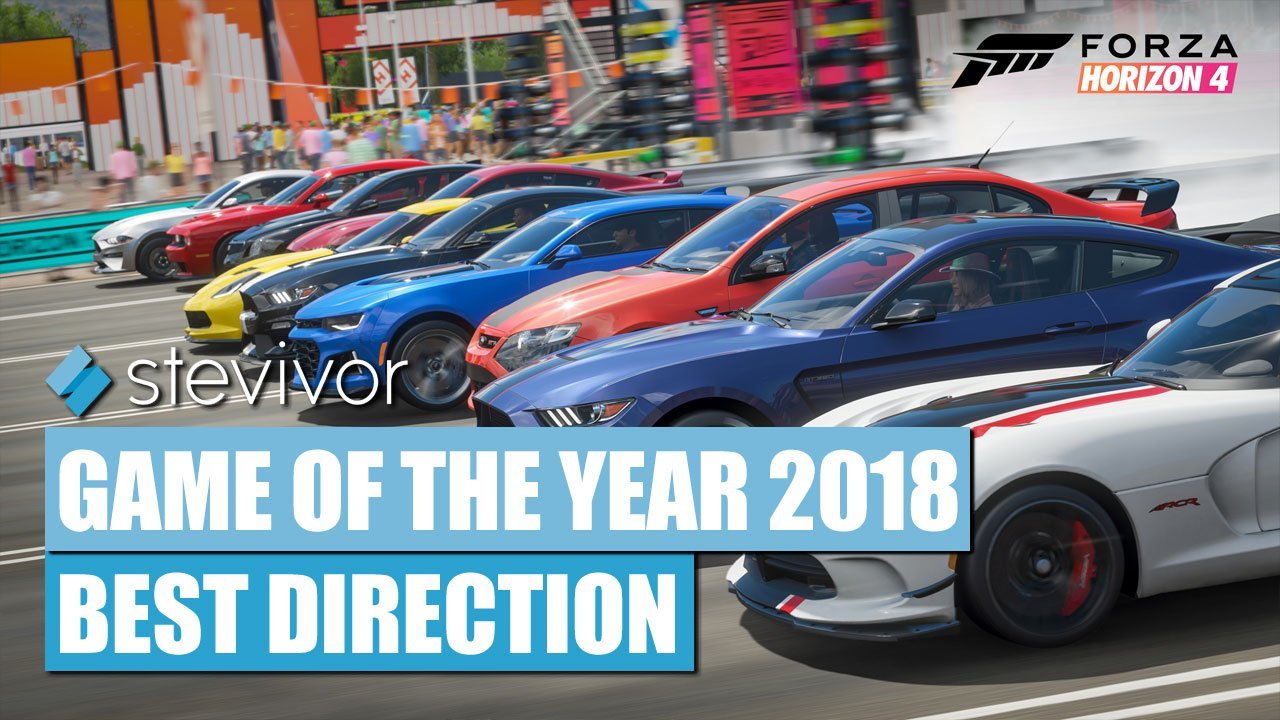 Stevivor’s Game of the Year (GOTY) awards are almost over — today, we award the game with the best direction of 2018.

As per the category in The Game Awards, Stevivor staffers voted on the game with “outstanding creative vision and innovation in game direction and design.”

We voted in the visual spectacle that was Forza Horizon 4.

“Forza Horizon 4 is delight to play, packed with incredible visuals, a colourful narrative, myriad customisation options, a star-studded soundtrack and a tremendous sense of style,” Steve said of the game in his review.