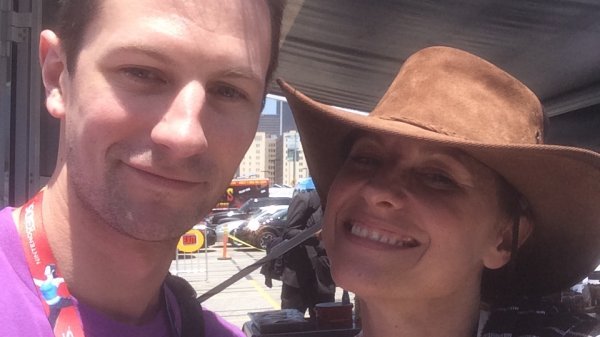 We know it’s not a video game thing (unless you count the old Survivor: Australia PC game as a playable game), but Stevivor’s Steve Wright met Survivor: Australia contestant and self-described “original Villainess of reality television” Jerri Manthey at E3 2014.

And loved every second of it.

Jerri’s running her world-famous BBQ truck at E3, and Steve couldn’t resist stopping by for a picture and chat.

For those unaware, Stevivor is a hybrid of “Steve” and “Survivor”, a moniker first made when Steve first traveled to Australia. Originally meant as a travel blog because Survivor: Australia originally aired as Steve first set foot in the country for a three week holiday, his decision to stay meant the site eventually became the video game hub you know and love today. The rest, as we all say, is history.

Thanks to Jerri for being such an awesome sport!