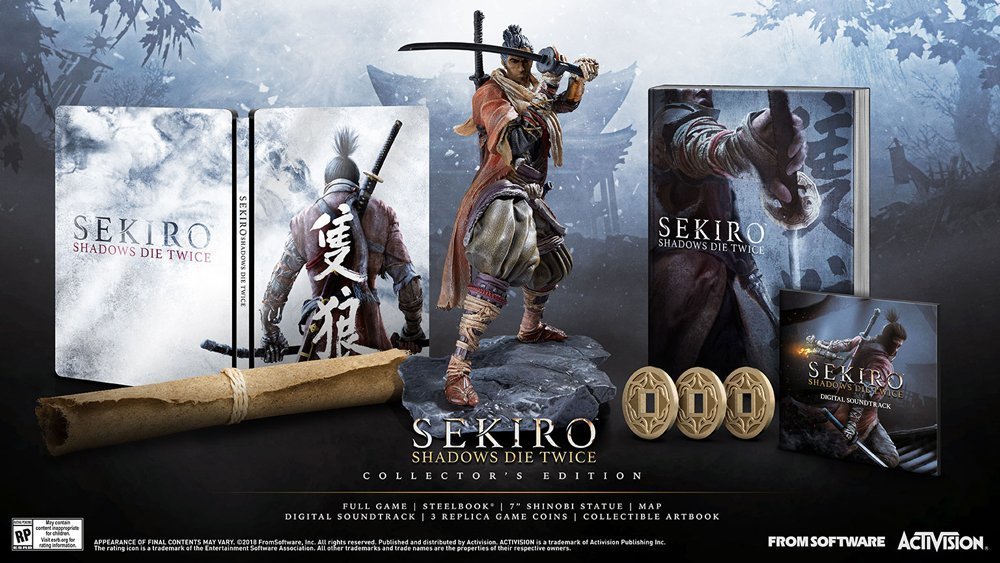 You've gotta be in it to win it.

Update: The contest has concluded and our judging panel has selected four lucky winners from 1,700 entrants, as follows:

Check your emails shortly for next steps. Thanks to everyone for entering!

Original story: Thanks to Activision Blizzard, Stevivor has two (2) Sekiro Shadows Die Twice Collector’s Editions on PS4 to give away to lucky readers.

Known for its challenging (nay, punishing) gameplay, Luke awarded Sekiro a 9/10 score in his recent review.

For those unaware, Sekiro is set in 1500s Sengoku Japan, “a brutal period of constant life and death conflict.” In it, you’ll play as Sekiro himself, the one-armed wolf, on a quest to save his young Lord.

Shown above, here’s what the two special Sekiro Collector’s Editions include:

Since we’re feeling pretty generous today, we’ll throw in two (2) standard versions of Sekiro: Shadows Die Twice on a platform of your choice to give away as runner up prizes. Cool all around, eh?

To be in the running to win 1 of 2 Sekiro PS4 Collector’s Editions or 1 of 2 Sekiro standard editions, simply answer our initial mandatory question correctly. You can also add to that validated entry by undertaking additional actions.

[This contest is closed]

This contest is open to those in Australia and New Zealand, aged 15-years-old or older. The contest runs until 11.59 pm AEST on 11 April; we’ll select winners and advise via email on 12 April.