Home » Reviews » Yooka-Laylee and the Impossible Lair Review: The move to 2.5D 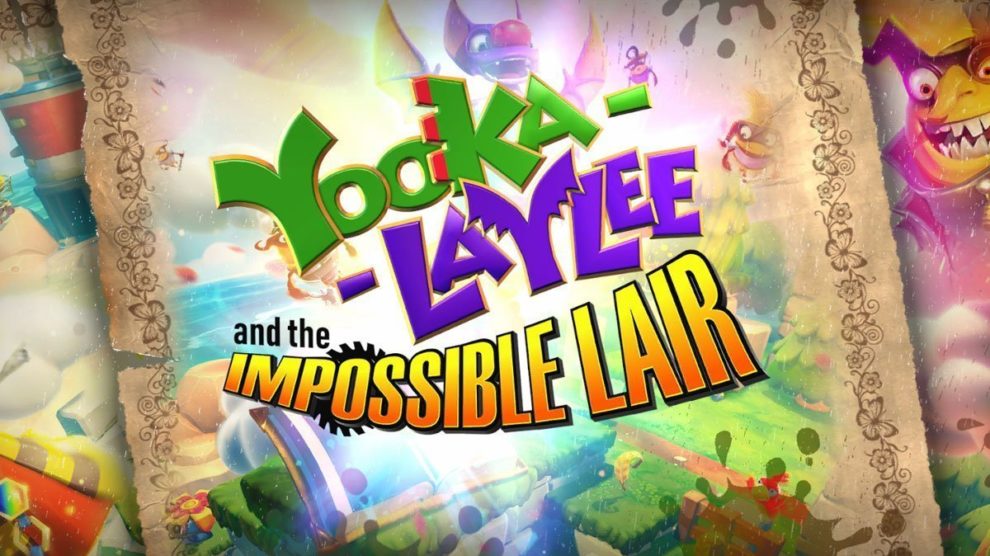 Yooka-Laylee, the Banjo-Kazooie-like duo created by former Rare developers returns as a 2.5D side-scroller called Yooka-Layee and the Impossible Lair. This time around, Playtonic has swapped out the retro 3D stylings of the original for something that plays more like a Donkey Kong Country sequel, offering a variety of levels where skill and strategy are necessary to succeed.

The titular Impossible Lair is home to series antagonist Capital B, who has holed himself deep with a labyrinth of traps and henchmen. To get through the challenging dungeon and defeat Capital B — saving the day in the process of course — our heroes Yooka the chameleon and Laylee the bat will need all the help they can get. That assistance comes in the form of the Beetalion, members of Queen Phobee’s royal guard; literally, bees that form a shield that collectively will throw their lives down for yours. With each hit that you take in the Impossible Lair, you lose one Beetalion member. Get down to zero and the last hit you take will truly be your last. 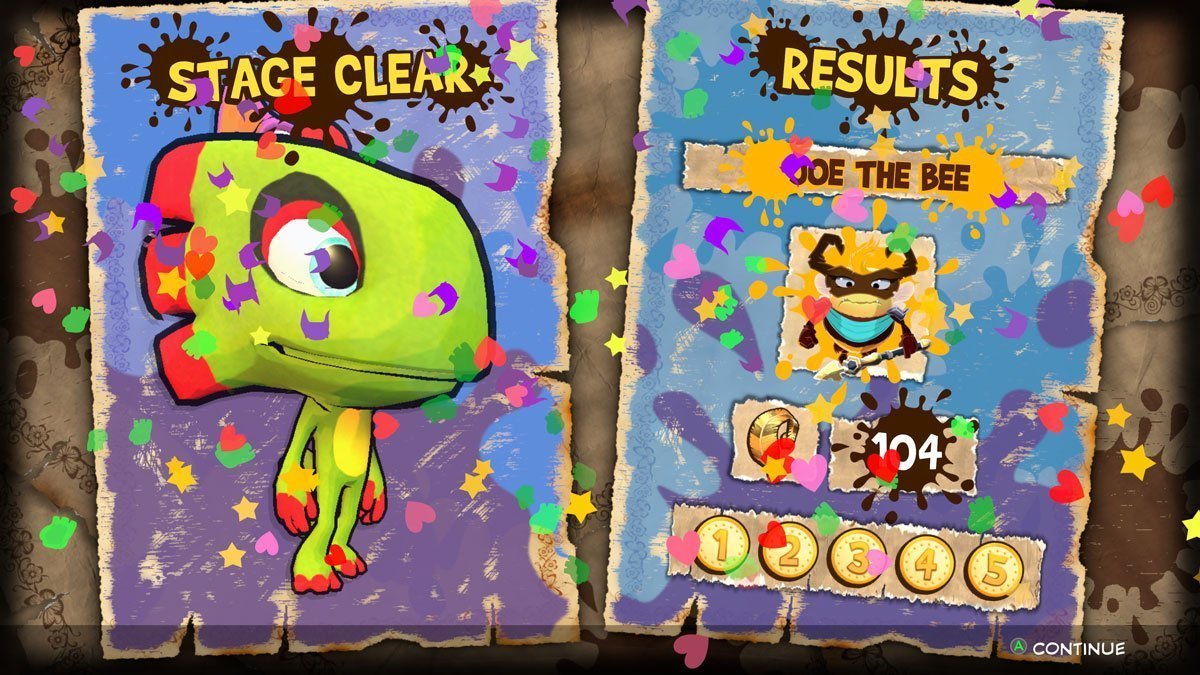 In order to acquire members of the Beetalion, you’ll need to traverse The Impossible Lair‘s Overworld, a hub world of sorts that I found to be the most enjoyable part of the entire package. While in its simplest form linking levels together, the Overworld is full of side-characters who offer engaging narrative as well. More importantly, the Overworld is loaded to the brim with secrets to uncover, from ability-enhancing Tonics, to terrain-altering Pagies. The Pagies won’t make things easier for you without some hard work in return — their challenge levels, in which you’re tasked to eliminate enemies on a single map — become increasingly more intricate and elaborate as things progress.

A big chunk of gameplay is a result of a level’s secondary form — a normal level, represented by an open book in the Overworld can be turned into a frozen tundra when shot with a freeze berry, as an example. There’s a secondary level available for each of the 20 normal levels you’ll find in the Overworld, and to play most of those you’ll need a puzzle (or two) to access them.

Levels themselves are varied and challenging, with lush green forests and scary industrial complexes cloaked in shadow. Secondary forms include levels frozen in ice, turned into lava-filled danger zones thanks to fire flowers, those submerged by floods in the overworld or turned into erratic wind tunnels. While the secondary forms change up a level well enough, I found I enjoyed them more after going off and playing other levels rather than just jumping back into what’s — essentially — the same environment. 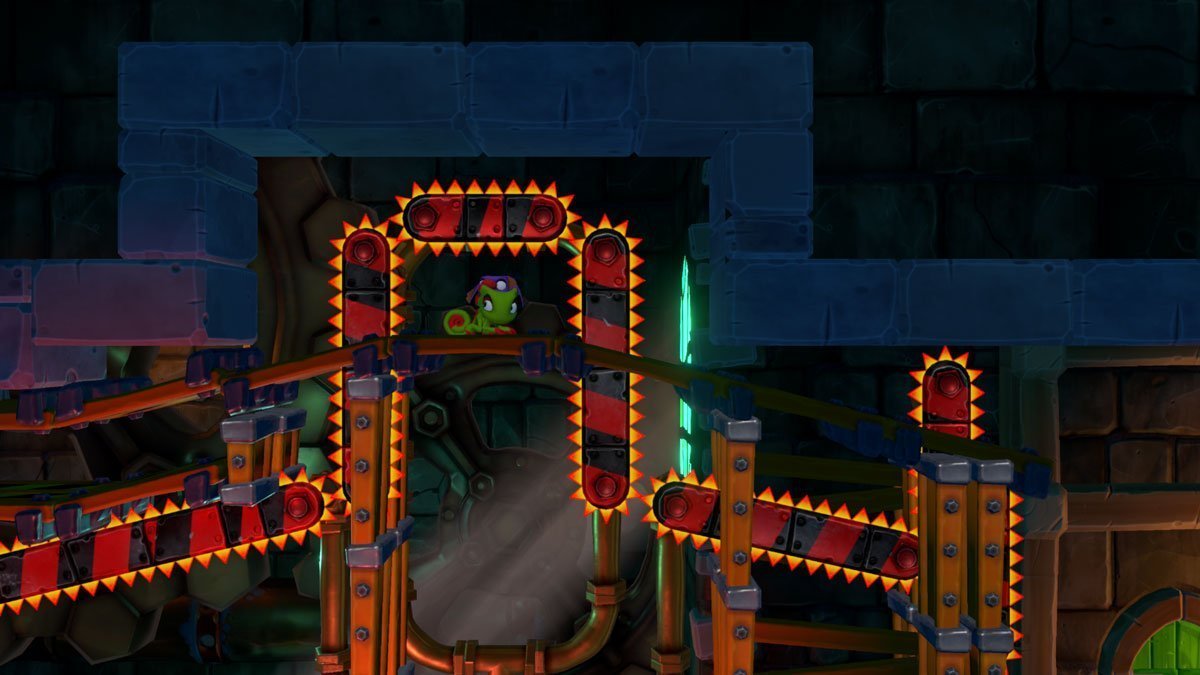 The point of running through these levels? Apart from collecting the single Beetalion member at their end, our heroes are tasked to find 5 T.W.I.T. Coins scattered throughout, valuable in the Overworld. Not only are they used to open up five Paywalls that restrict access to future chapters, they’ll also (eventually) net your heroes the ability to equip a fourth Tonic. While some of these coins are hidden in world, others are locked behind an additional challenge, usually requiring you to activate a coloured quill and then collect all the additionally quills it drops in a limited amount of time.

Quills used for a variety of purposes, from unlocking secret boards in the Overworld to buying actual access to the Tonics you’ll find on your travels. Tonics in question change gameplay up in a variety of ways, granting our heroes additional powers or buffs — at a cost of new Quill acquisition, of course — or simple cosmetic changes like Big Head mode.

In a level, you’ll essentially get two hits before you perish altogether; you lose Laylee from most primary hits, causing her to flee. Grab her and you’ve got a bit of a security blanket back; miss her and you’re one hit away from death. Laylee’s more important than just as a shield; together, you have more attacks at your disposal and a chance to float through the air after a jump, essential to progress through a level. As important as Laylee is, its very annoying to not be able to grab her after a hit because she has a tendency to hover between three or four dangerous objects, unreachable, or simply inside a wall. 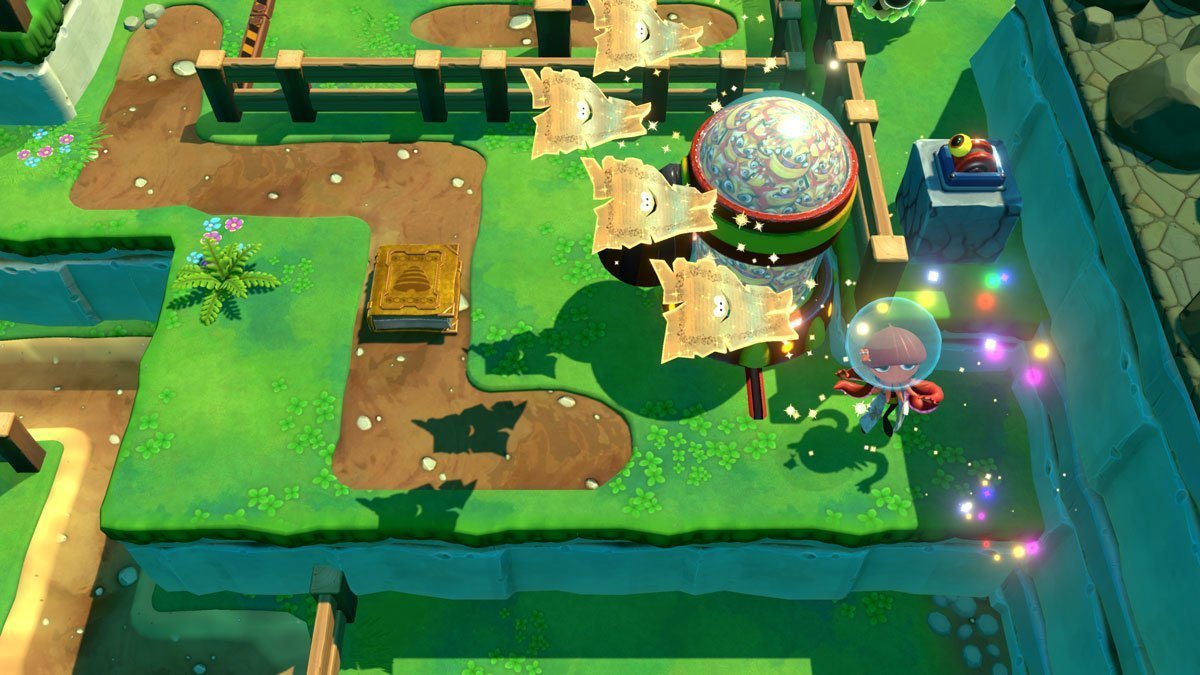 If you lose your trusty sidekick, you can hit up a Laylee bells to get her back… or do what I did and just hit a camera/checkpoint and immediately die so the duo spawn back together. Those cameras also act in a very Nintendo-like way for younger players, offering to skip your heroes ahead to the next checkpoint if a certain section is causing them too much trouble. It’s a trade-off, of course — you’ll likely miss a T.W.I.T. Coin or two doing so, but at least you can keep on truckin’.

As for the Impossible Lair itself? I’m torn. The levels and the Overworld before it certainly rely on a level of skill to progress, while the Lair feels more like the games that populated the arcades of my youth: it’s purposefully designed to rob your of your quarters… or in this case, your Beetalion friends. As frustating as it can be, a pop-up in the Overworld that keeps track of your attempts alongside your furthest progression point (as a percentage) keeps you coming back to best it. While I’m annoyed that the Lair itself is more frustrating than fun, it’s that very quality that keeps you coming back to beat it.

Yooka-Laylee and the Impossible Lair heads to Windows PC, Xbox One, PS4 and Switch on 8 October.

Yooka-Laylee and the Impossible Lair was reviewed using a promotional code on Xbox One, as provided by the publisher. Click here to learn more about Stevivor’s scoring scale.