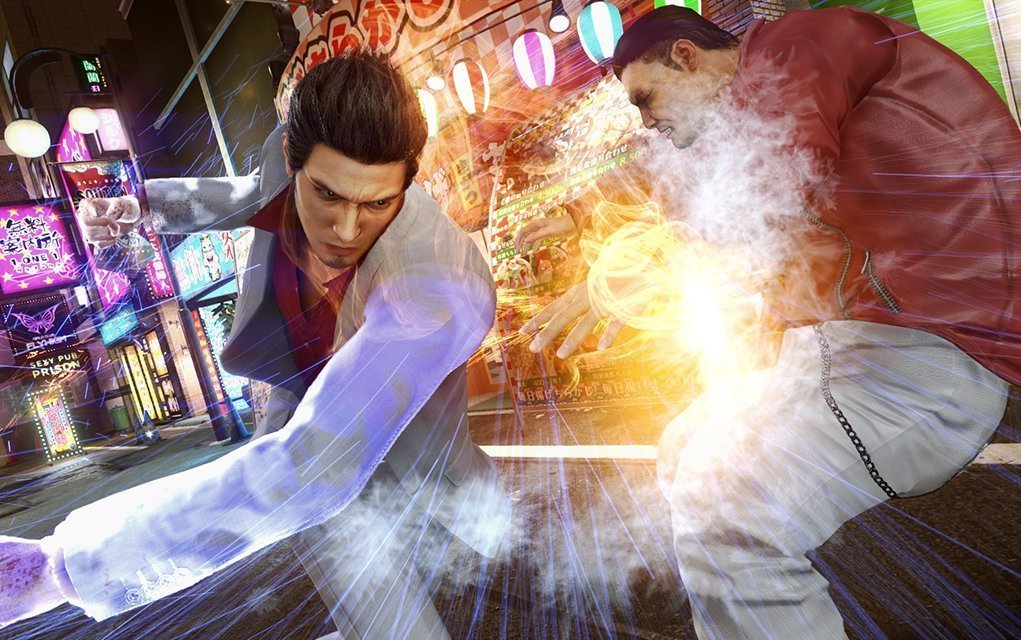 The Yakuza series seems to be enjoying a Western-release renaissance over the last few years, with titles being both more visible and more popular. After my introduction to the series with prequel Yakuza 0, revamped first entry Yakuza Kiwami and the slightly jarring jump to the recent release of Yakuza 6: The Song of Life, I’ve found myself quite enamoured with the series’ blend of crime, altruistic protagonists and absolutely bat-poop insane side content the games are known for. The latest addition to my out-of-order experience of the series is the next remastered game Sega have seen fit to deliver us: Yakuza Kiwami 2.

Originally released as Yakuza 2 in 2008, the game picks up one year after the events of Yakuza/Yakuza Kiwami, which saw Kiryu Kazuma abandon the life of a Tojo Clan gangster. Tojo’s chairman has been murdered, by rival organisation the Omi Alliance, and is quickly falling into disarray. Despite his role as an adoptive father, Kiryu is pulled back into Japan’s underworld to find a new chairman for Tojo Clan. His journey brings him into conflict with his opposite number in the Omi Alliance, Ryuji Goda – the “Dragon of Kansai”, to Kiryu’s role as the “Dragon of Dojima”.

After the success of Yakuza 0’s backstory for Goro Majima detailed his shift from smooth, romantic tough guy running a cabaret club to the shirtless, cackling “Mad Dog of Shimano”, and subsequent ‘Majima Everywhere’ mode in Kiwami saw him popping out of bins and dancing onstage to find reasons to fight Kiryu, Sega clearly knows what fans of the series want. Kiwami 2 features “The Truth of Goro Majima”, a tale that explains how Majima left the Tojo Clan after the events of Kiwami and is found running… an entirely legitimate construction company, in Kiwami 2. All in all, it means more of crazy Majima and that’s exacly what I want in my Yakuza games.

While it follows the same overall, ‘rebuild from the ground up’ mission statement of Yakuza Kiwami, Kiwami 2 is distinct in one essential way – it is built in the series’ new Dragon Engine, first used for Yakuza 6 earlier this year. As a result, Kiwami 2 is leaps and bounds ahead of its predecessor visually, and it is absolutely GORGEOUS. The Dragon Engine is truly built to capitalise on the series’ neon-drenched aesthetic, with Kamurocho especially looking fantastic during night-time portions of the game. The mixture of harsh, blaring colours, dark streets and reflective puddles create a luscious atmosphere to run around in, beating up street punks.

Combat also benefits from the Dragon Engine backbone of this game, with fights integrated seamlessly into the environment. Gone are the title cards to cover loading a combat-friendly version of the world – fights trigger immediately in-world, and are not cordoned off to a pre-determined safe part of the map. An encounter can spill over into one of the game’s many stores or restaurants for an added layer of chaos. Combat itself feels as smooth as ever, meaning that grappling a thug and throwing him through a burger joint’s window feels like the most natural thing in the world.

As ever, the game’s side stories are utterly baffling in their connection to the life of a Japanese gangster. An effort has been made to tie them back into the greater game experience, though – completing certain side stories can add new possibilities in combat. Helped out a busker with his weird life needs? You may unlock a Heat action finishing move when in his vicinity, letting you brain your opponent with a guitar. It’s a small touch, but does help to better integrate the sidequest-loving Kiryu with the serious cutscene Kiryu you see the rest of the time.

As remastered games go, Yakuza Kiwami 2 is one of the better examples. The original experience has been revived and refined, with modern touches added and new content brought into the mix – to ensure that both returning fans have something new to enjoy, and newcomers like myself have a more digestible story overall. It’s a shame that the announced remasters of Yakuza 3, 4 and 5 will not be “Kiwami-fied” but instead ore simple upscaled ports.

It’s obviously a lot of work to bring this level of polish to a game, and I do enjoy the thought I’ll be able to play the entire series on PS4, But it will be an oddly lumpy trip in terms of quality. For now though, Kiwami 2 is the best example of reviving the past I could hope for. Now if you’ll excuse me, there are punks who need to be hit with bicycles. A yakuza’s work is never done.

Yakuza Kiwami 2 was reviewed using a promotional code on PS4, as provided by the publisher. Click here to learn more about Stevivor’s scoring scale.