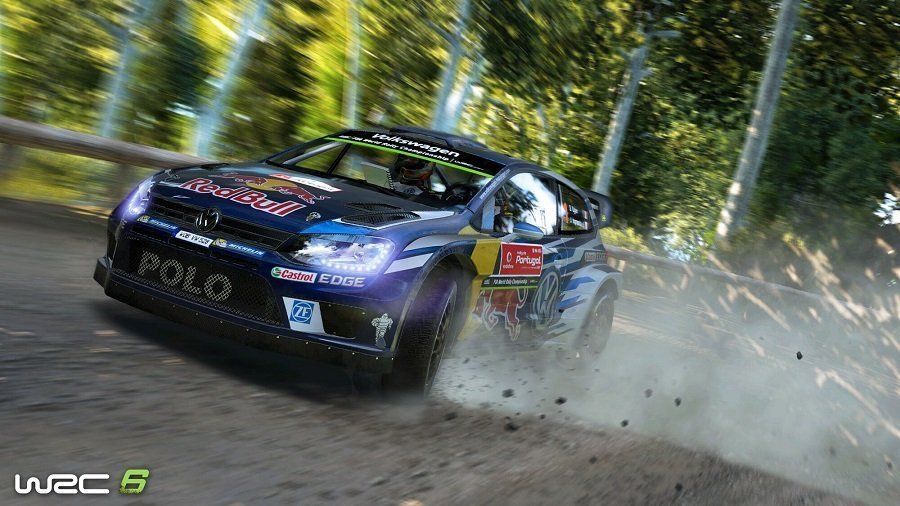 After the first 10 minutes of WRC 6, you’ll know what you’re in for. Typically, I would say this is the case after 60 minutes with most games title, but here, I wasn’t even two races in before I decided to switch to a DVD I’ve been been meaning to watch. It’s not that WRC 6 is a bad game, but it is just more of the same content that we’ve seen for the past few years.

Things start when you’re asked two quick questions to determine your difficulty settings; from there you’re thrown into a WRC event behind the wheel of Sebastian Ogier’s Volkswagen Polo R. Your vehicle rolls up to the start line and a timer begins to count down. I hold down the accelerator and the car springs forward before the countdown finishes. Literally moments into the event I’m presented with a red box – “false start time penalty + 4 seconds”. Perfect. I’m not even a minute into the game and I’m already losing.

It’s unfortunate, but the tutorial acts as an indicator of what’s to come. For the remainder of the stage you’re fed instructions, but the problem is it’s too difficult to concentrate on the path ahead while reading a sentence of text at the bottom of the screen. With a far too many scratches and crashes than I’d care to admit, the stage ends and I’m presented with a podium cut-scene. “Congratulations to Sebastian Ogier, the 2016 WRC Champion!” Despite losing horribly the game rewards you with one of those positive, “great job this season, now start from scratch and do it all again” type messages. 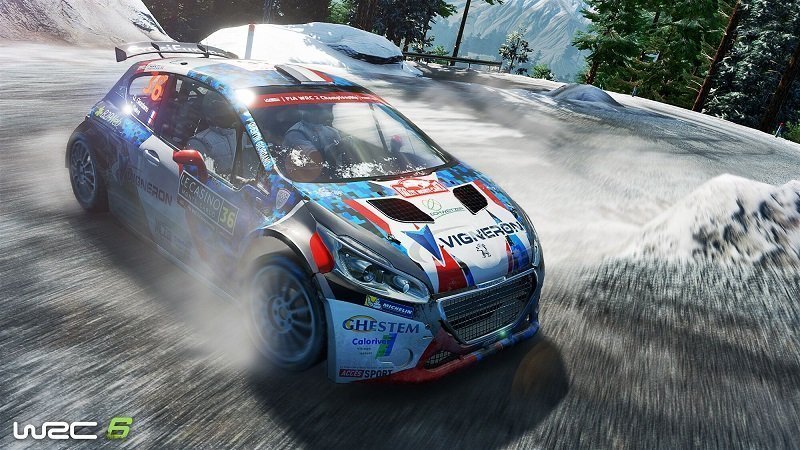 As with most racers, I decided to dive straight into the solo career mode and it’s here where the underlying issue of WRC begins to show itself. You pick your name and country to represent and then you’re given with three contracts to start your season with. Problem is, you’ve just gone from completing an event in a 318hp rally mustang to being shoe-horned into a 234hp rally pony, and it’s the equivalent of racing a Ferrari and then changing to your mother’s Yaris. Unlike F1 2016 where you’re able to begin your career with any of the Formula One teams, WRC continues to force you into the Junior WRC league, having to then work your way up through WRC2 and then the ultimately WRC. Problem is, when a game like this is released year on year, and when you’re forced to grind your way up each time, the motivation to not just keep playing, but play at all, becomes fleetingly more difficult.

The beauty of rally is it’s fast-paced and dangerous, but the problem is that this isn’t represented in the Junior WRC league here. The cars feel slow, the brakes ineffective and the steering stiff. I spent far too much time in the ditches or crashing into barriers and not enough enjoying the spirit of rally.  For a change of pace I decided to end the career and jump into a custom Championship, this time picking my rally stages and jumping back into a WRC car. It was at this point that WRC6 showed itself for the racer it can be.

In the WRC vehicles WRC 6 brings together the elements that makes rally great. Fast cars, challenging tracks and great sounds. The game has the benefit of having each of the official real-world rally stages and in this respect WRC 6 has the edge on the likes of DiRT Rally for example. Across your career or custom championships you’ll tackle each of these stages at different times of the day, and there’s a great difficulty in tackling courses at low-light or with high-fog. While you’ll notice some textures pop-in during an event the game itself looks great and both cars and tracks have been recreated well. It isn’t bar setting but it’s acceptable. 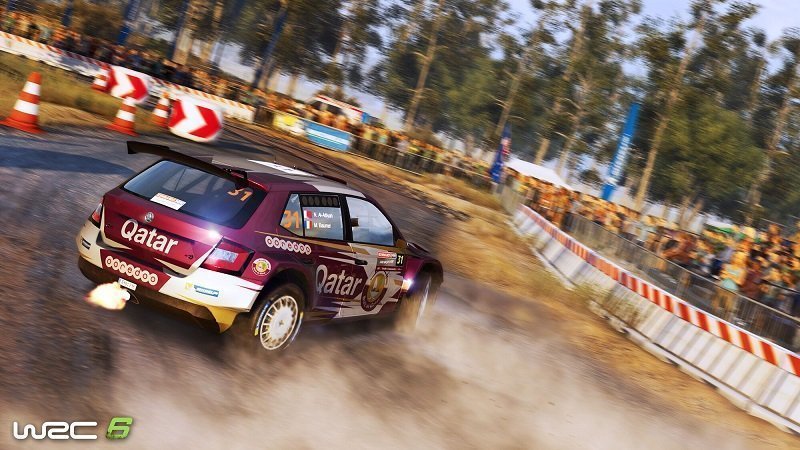 On face value WRC 6 brings the essentials to the table – all your typical modes are included, each rally stage and official team is represented and the physics and racing effects are great, but there’s one problem. The essentials simply aren’t enough anymore.

With the current generation and the likes of Forza Horizon 3, F1 2016 and DiRT Rally, WRC 6 sadly falls behind by failing to innovate. The career mode is sadly dull and uninspiring, where, unlike F1 there is no team engineer who feeds you updates and nor are there any rivalries or side-objectives that drive you to do more than merely win. Aside from the home screen the menus in WRC 6 look exactly the same as last year, with the same dull colours and horrible fonts. Years ago Stevivor used to rate games based on replayability, and this is perhaps WRC 6’s largest problem. There just isn’t enough to keep you playing or from coming back.

WRC 6 is akin to having a model girlfriend with a great personality, except whenever you ask to hang out she wears clothes that haven’t been in fashion since the 80s. There’s fun to be had, but the presentation is just lacking. Sadly, in 2016 a racing title needs more than just good graphics and good sounds. Whether it’s a greater rally experience or just an overall racing game, sadly there exists better built alternatives elsewhere.

WRC 6 was reviewed using a promotional code on Xbox One, as provided by the publisher.