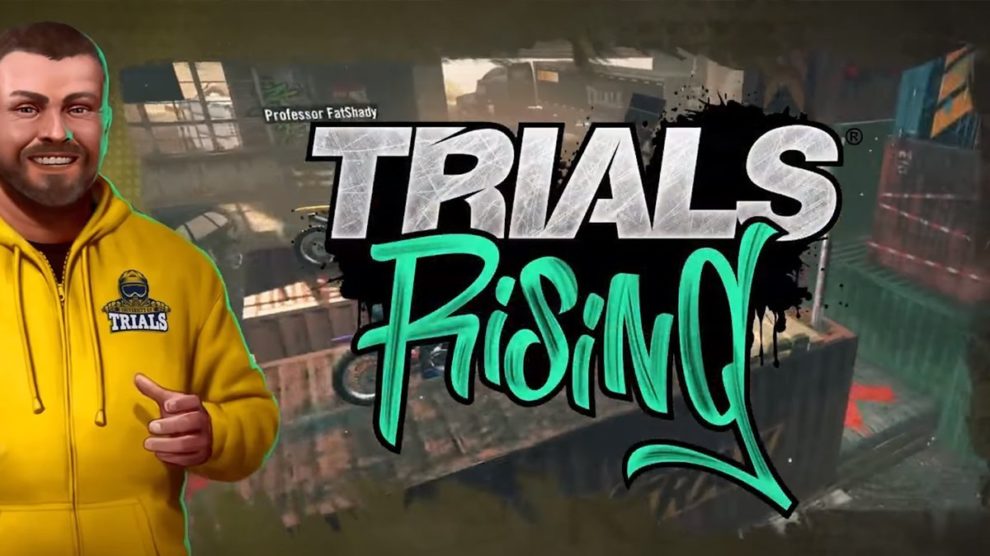 Dualshocks and Elites the world over have breathed easy for far too long, the bloodbath of what became known as the Evolution Wars fading into broken whispers of shattered plastic and fanatical cries of “one more run, one more run”. They haven’t truly known the fear of a faceplant on the final ramp of a three-minute gold run, of a front wheel scrambling fruitlessly for friction on the last bunny hop of an extreme track. They haven’t known Trials.

The Trials series hasn’t exactly had a happy time on the current generation of consoles. Trials Fusion was a serviceable but soulless sequel that missed the memo on this being the connected, multiplayer generation and Trials of the Blood Dragon was a gimmicky tease that offered only unsatisfying slithers of the classic Trials experience. Trials Rising more than atones for the sins of its current-gen predecessors, blending the classic Trials you know and love from Evolution and Trials HD with all the trappings you expect of a modern title, the good and the bad.

For the uninitiated, Trials Rising is a hyper-difficult platformer with a stunt bike as its main character, tasking you with navigating rollercoaster courses at high speed with minimal faceplanting. Control of the bike is a complex mixture of physics interactions; you shift your weight, feather your accelerator and combine both with the brake pedal to perform some truly gnarly feats of acrobatics. What starts as shifting your bike mid-air to land efficiently on platforms soon evolves into speed retaining transitions onto ramps, bunny hops over gaps and eventually turning your bike into Ezio Auditore da Firenze, capable of scaling near vertical ramps and making stunning leaps over chasms. 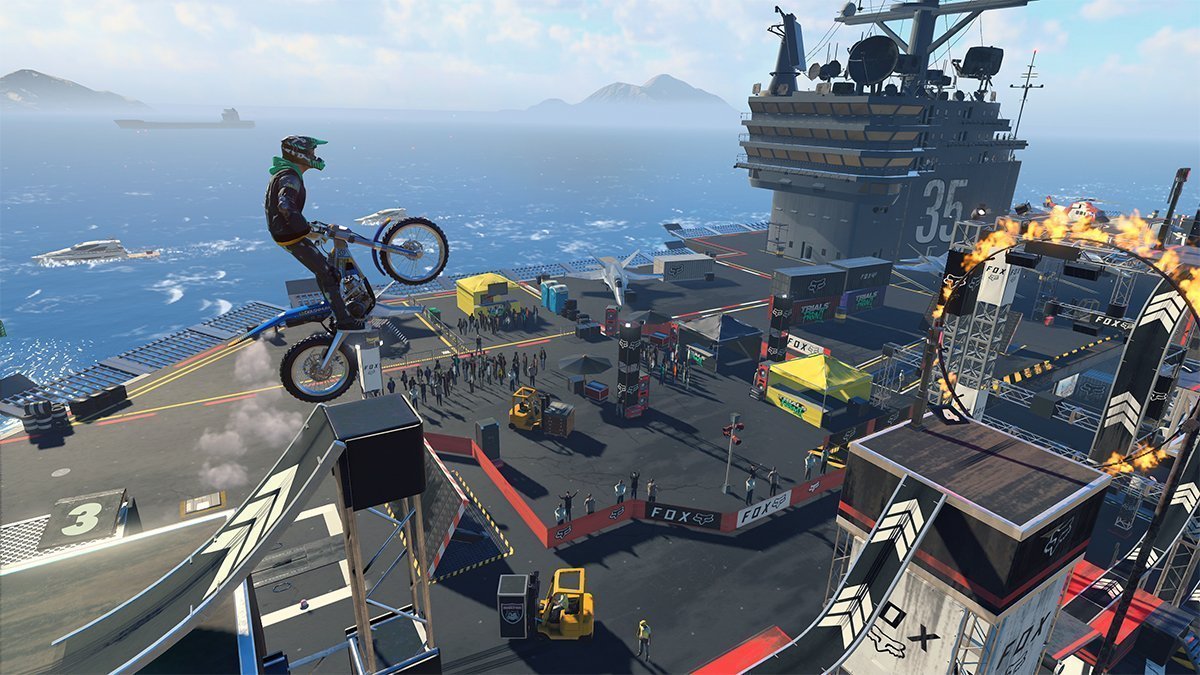 The challenge comes from some near evil track designs, forcing you to master all of the tricks available to you just to be able to finish them, then having the gall to challenge you to do it without a single failure or while front flipping 30 times, doing a 50-metre wheelie and beating a near perfect ghost racer. Generous checkpointing and instant restarts might fool you into thinking Trials has your best interests at heart, but sooner or later it will ask you to be perfect, and that is when your controllers will start shuddering like delicious Chicken Chipees at the end of a plate.

Trials Rising hasn’t changed much from the prior games on that front; your bike doesn’t suddenly have a rocket pack or wings. The presentation around the courses is better (and funnier) than ever, with the end of race victory maiming always a highlight, whether you are shot on a rocket into the sun or a demon is summoned to incinerate your prone body after it crashes through a church roof. It looks great, there is more going on than ever in the backgrounds and the course design is as refined as one would expect from a developer that has done little but make Trials games for nearly 20 years.

All of the improvements delivered by Rising come around the edges. The University of Trials takes the popular YouTube series from Aussie Trials savant FatShady and integrates it into the Trials experience, giving detailed explanations, lessons and contextual hints on how to master the basic and complex skills of Trials. You’ll need to play 20 hours just to unlock some of these tutorials, which should give you an idea of how deep into the high-level Trials experience it goes. If you have ever given up on a Trials game because you just couldn’t get past an impossible overhang or giant chasm, FatShady is here to guide you along and help you progress. To call this series a tutorial is an insult, it really is a school that teaches you how to get the most out of Trials Rising and how to unlock the highest levels of Trials play. 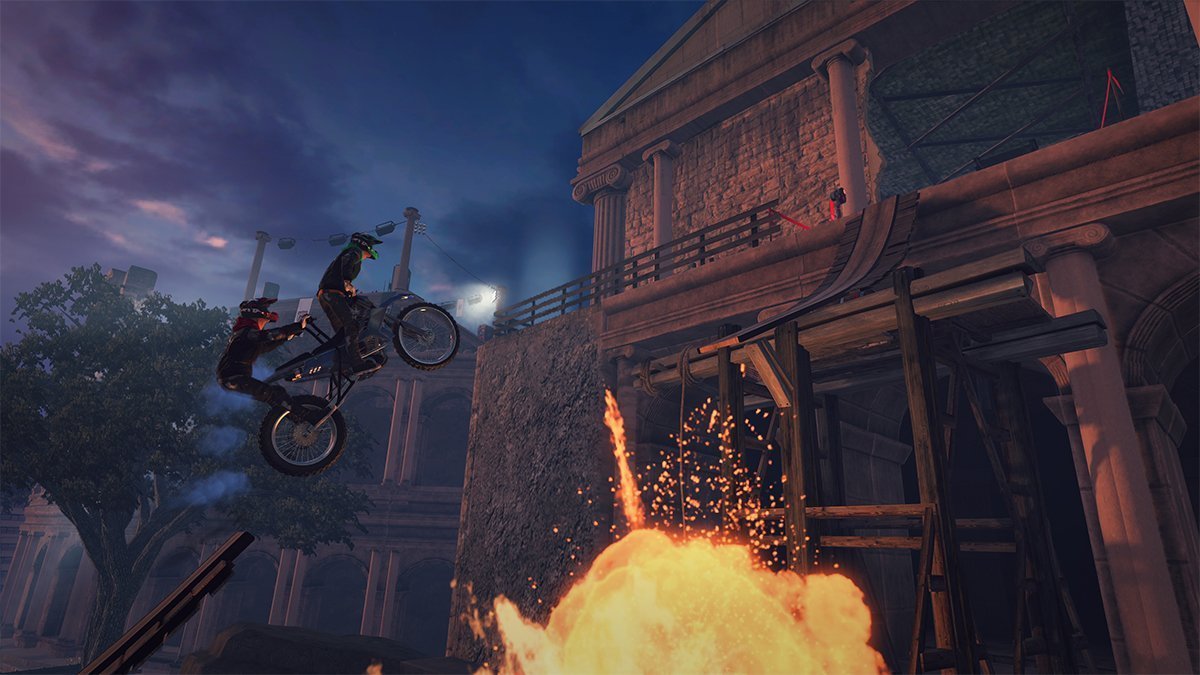 Character and bike customisation also makes its presence felt, for better and worse. Where customisation exists in 2019 loot boxes won’t be far behind, and while purely cosmetic — to offer pay for performance in a game as focused on mastery as Trials would be suicide — they can be purchased, along with a premium currency to speed up the frankly glacial currency accumulation process. I do wish the free loot boxes you are presented with as you level up didn’t dump you two menu layers deep after unlocking them, breaking the flow of an otherwise quickfire restart experience.

Customisation takes centre stage because multiplayer has finally been given the attention it deserves in a Trials game. Competitive modes that almost, almost reflect a real-life motocross race are mixed alongside a local party mode that even makes your friendly wagers for you, from slap bets to truth or dare, and my personal favourite, the tandem bike. Far from a gimmick, the tandem lets you share the joy of repeated failure and the quest for perfection with a friend, controlling the one bike through all of the single player tracks but with speed advantages for telepathic acceleration and the fun of trying to bunny hop when you can only control the pressure on the rear wheel. You will need a very strong relationship with your partner if you want to seriously attempt leader board climbs (or be happy to occasionally be physically harmed by them) but even when not taken that seriously the challenge of the tandem is one of the best co-op experiences I have had in years.

The rest of the new modes sit closer to “slightly different ways to play Trials” but do add to the experience. Contracts are rebranded challenges and are where you find the aforementioned “do a stupid amount of front flips without crashing and finish the course in gold time” craziness. Challenger mode sticks you against three ghosts with only three “lives” to beat them, for increasingly valuable rewards, and each single player season culminates with a three-part elimination challenge in the stadium races that substitute unreal jumps and ridiculous chasms for more subdued courses that require textbook precision. If you are banging your head against one level or challenge you should be able to find a palate cleanser somewhere else in the game, a welcome change from the dead ends of previous Trials games should you be unable to complete a level. 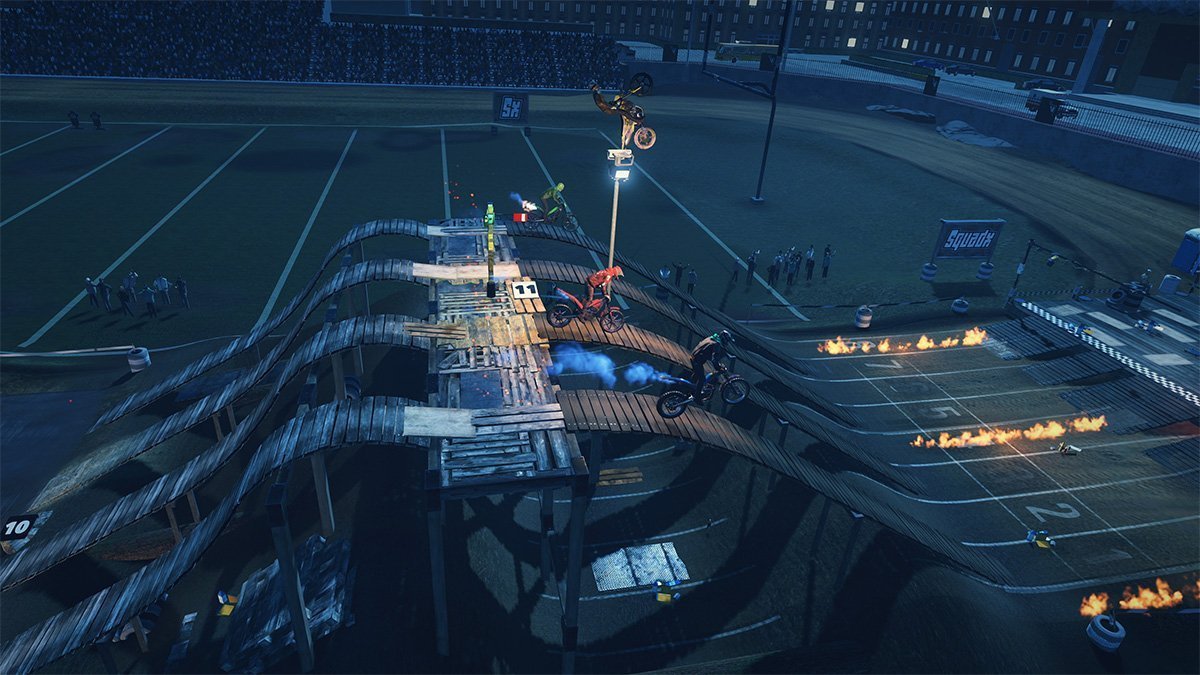 The single player content alone is enough to easily recommend Trials Rising to anybody who finds joy in the chase for perfection, for shaving seconds off a time and mastering controls, physics and track. The multiplayer additions are icing on the cake, particularly for the most dedicated players where divisions, seasonal play and unique rewards are on offer. We’ll see how those play out long term, multiplayer is only as strong as the player base dedicated to it, but the hardcore Trials community is strong and if you have the dedication to join them I think you will be well served by the multiplayer offerings in Rising. Custom content and track creators will ensure that no matter how sadistic your Trials dreams may be, somebody has made a track to suit those tastes.

The parts of Trials I never much cared for have returned as well, but your mileage may vary. I don’t find much fun in any use of the Trials engine that is not riding a bike — the zany “skill games” do nothing for me. Trials Rising feels like it is keeping Boston-based Irish folk-punk bands in a job with its soundtrack, while a briefly entertaining throwback to the days of Tony Hawk I had to tune it out after a few hours. Sorry to all the *checks YouTube playlist* In Flames or *double checks* Old School 101 fans out there.

In every Trials game I have played I have bounced off hard at some point. I haven’t been able to get past one type of obstacle or a single level proved just too difficult. I didn’t reach that point in Rising in the time I had to review the game, but I am curious to see if I react the same way this time around. With the University of Trials and extensive multiplayer, I think there might just be enough here to keep me coming back and getting better. At the least, I’ll be finding a friend to power through on the tandem with. Trials Rising is exactly what I wanted from a Trials experience. Anybody who enjoys, or has ever enjoyed, a Trials game owes it to themselves to check this out. Folks out there that just really enjoy challenging themselves should probably give it a look too, just make sure you’ve got a spare controller or three on standby.

Trials Rising was reviewed using a promotional code on Xbox One, as provided by the publisher. Click here to learn more about Stevivor’s scoring scale.