With titles released annually, there’s always an element of pressure on developers to deliver something new year on year. This is even more so the case with a franchise like WRC FIA World Rally Championship (or thankfully WRC for short), where content is restricted to mimic the real-life motorsport discipline on which it’s licensed. Fortunately, with development shifting from Milestone S.r.l. to the new kids on the block, French-based Kylotonn Games, gamers can expect a little more from WRC 5 than a change of liveries.

Starting off with what’s the same, WRC 5 continues tradition by offering your standard offline and online modes. Gamers can choose to participate in a single stage event, a complete weekend or even an entire championship season choosing from any current driver/team from the three WRC tiers (junior WRC, WRC 2 and WRC).

At the same time you can jump into career mode, sign with a team and work your way up to being the WRC champion. Here you’ll manage hitting team objectives, repairing damage in-between events and configuring your car to ensure you’re best equipped for the roads ahead. My only gripe, as with all games of this nature, is you’re always tasked with starting your career in the bottom tier rather than being able to start in the WRC. For an annual release title and when I assume most players are fans, it’s an unnecessary grind having to work from the bottom up each time around. 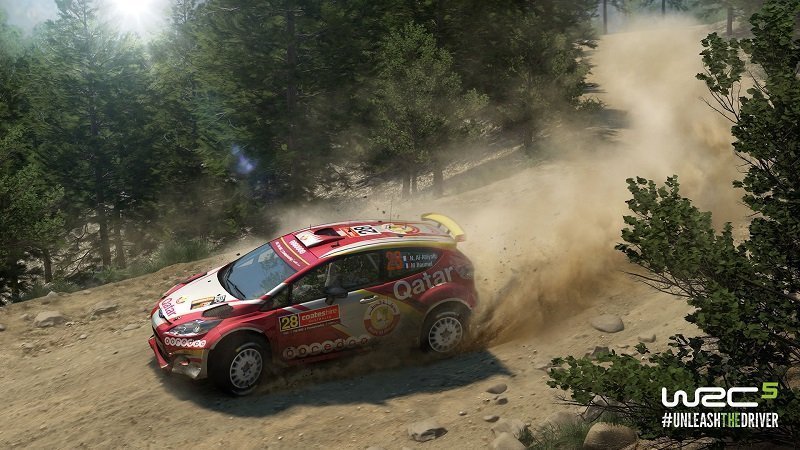 Moving onto what’s new, the most significant change comes with the inclusion of dynamic weather and lighting. Where the franchise historically only offered daylight racing, WRC 5 will now see you racing from early morning through to the dead of night across its 13 different locations and 65 stages. While I didn’t find effects like rain or snow necessarily difficult to compete with, it was the night and morning fog events which were surprisingly tough to tackle.

Unlike circuits where the layout and braking points can be memorised after a few laps, hitting dirt and gravel roads at high speed as your lights illuminate your path only as you’re moments away adds for a refreshing although not infuriating challenge. While the lighting effects from your headlights onto the surrounding trees and signage isn’t the most realistic I’ve seen in recent racing titles, credit where credit is due, it’s a nice step-up for the franchise and makes for an enjoyable racing experience.

WRC 5 looks great too. Each of the 13 different rallies look unique and offer something different to the driver. Whether it’s the open forests tracks and regular crests of Finland that allow for fast speeds or the more tight and technical stages of Monte Carlo, you’re never left feeling like you’re repeating the same rally in-between the championship. The smaller details like dirt and water accumulating on the bonnet as you drive through mud or off-track provide for nice finishing touches as you’re blasting through the Polish countryside, fields of poppies in-view. Damage has improved over previous iterations although I couldn’t help but think the panels looked more like scrumped paper as I crossed the finish line and the camera panned out to show what I had inflicted onto my car. 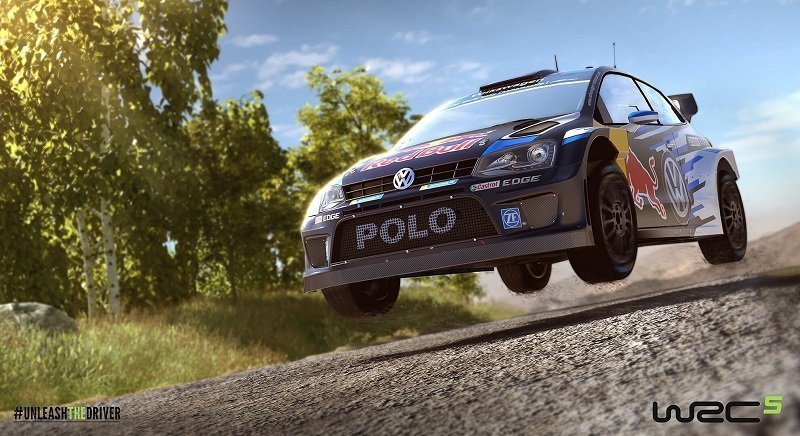 Physics-wise WRC 5 delivers, with vehicles having a nice sense of weight and speed that provides as a refreshing substitute to the heavier physics models of titles like Forza. Kylotonn have also recreated the sounds of WRC well too, whether it’s the rapid backfire as you come onto the brakes before a corner, the sound of the rev limiter as you pull the handbrake or even just the sound change as you move between tarmac and gravel as you race. It comes together to offer an immersive rally experience when you’re in the zone.

Initially when I started to play WRC 5 I wanted to comment more on the lack of flair between a game like this and Forza Motorsport 6. The thing is, as I began to feel more comfortable with the physics and became more concerned with how late I could brake into a corner without ending up in the trees, the fact the crowd didn’t look as nice or the menus were bland didn’t really seem to matter anymore.

I used to find it frustrating that titles like WRC or MotoGP were always lacking in presentation compared to other AAA racing titles, but if WRC 5 has taught me anything, it’s that you don’t need bells and whistles to have a great racing experience. As accommodating as the game is to newcomers I still don’t think WRC 5 is going to appeal to the masses like Need For Speed will. Thing is, for the racing fans out there, I think they’re going to be just fine.

WRC 5 was reviewed using a promotional disc on Xbox One, as provided by the publisher.