A physics- and yarn-based puzzle game, you possess the blackest of dark, shriveled hearts if Unravel’s opening doesn’t grab you. A title card appears, managing to capture the same unbridled joy and wonder as creator Martin Sahlin exuded when he first stepped on stage to announce the game at last year’s E3. After reading that heartfelt sentiment, you won’t be finished smiling before Yarny first pokes out on screen. Every single moment that follows is Unravel wearing its heart on its sleeve.

As his name alludes to, Yarny is made of vibrant red threads. As he progresses through a level, he leaves a trail of the stuff behind him; stray too far without finding more and the poor li’l guy quite literally becomes a skeleton of his former self. Anchor points are plentiful as Yarny progresses through memory lane – not literally, this time – using them to climb, rappel and even link points together to make a trampoline or bridge. It’s these mechanics that help Yarny overcome obstacles and the like.

Puzzles also use objects in the environment; Yarny’s able to push and pull items to create platforms to stand upon, and can use yarn bridges to move those items to new areas. Yarny has to be careful, though – end up on the wrong side of a boulder you’re trying to pull and it can end up crushing you. 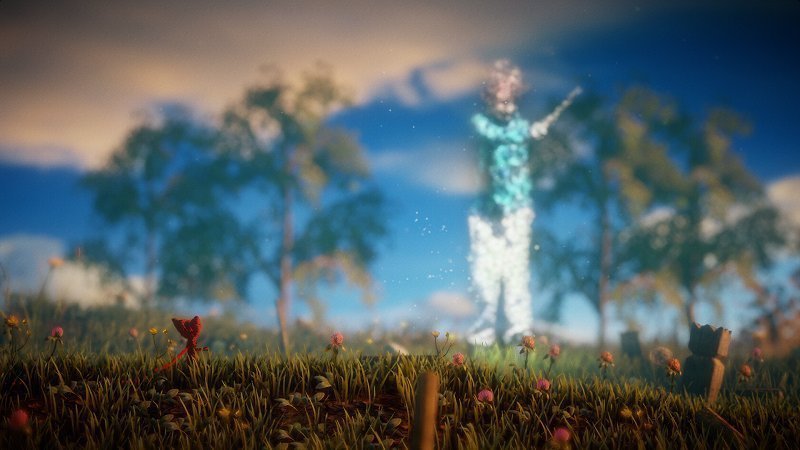 For all its childlike wonder, Unravel has a dark side. It’s easy, and early on, to compare it to Limbo; in both, some puzzles are nothing more than trial and error. Stray too far to the left or right and you’ll be trampled by a rockslide. Or pinched to death by a crab. Or, worst yet, torn limb from limb by a gopher. Those quick-reaction puzzles are countered with some wonderful physics ones, where you’ll have to really think how you can make a fulcrum from nothing but the remnants of your body.

Unravel features twelve levels, all accessible through a charming little ol’ lady’s home – no, really – and each has its own theme. That variety isn’t just visual, mind you, but mechanical too. In one, mosquitoes will inhibit jumping and light and shadow become very important in another. The ever-changing presentation of some core mechanics makes Unravel less repetitive and frustrating than the likes of Limbo, and optional collectibles and a backstory only help that.

That aforementioned optional backstory shouldn’t be ignored; each level is basically a portion of a larger tale, playing upon the metaphor of people bound together by memory. If that totally doesn’t sound like your thing, it can be ignored – you’ll only see traces of memory in fleeting glances in various places inside a level. I can’t imagine you would, though, as it’s hard not to be drawn to Yarny — especially after seeing him almost run over by a car, or shivering in a ditch somewhere. It’s equally hard not to try to delve into that bigger picture as you play. 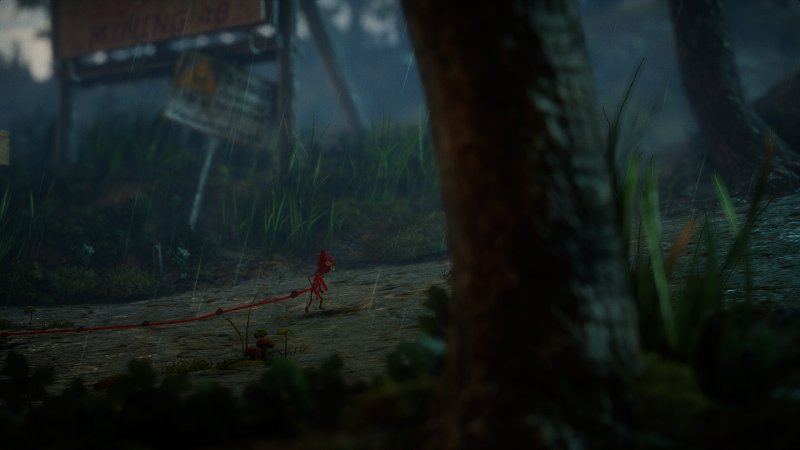 The only downside to the larger story is that it can feel a little too generic at times. Each level, once completed, is fleshed out in a picture book that you can revisit as often as you’d like. In addition to photos, each level has a short description that will unlock; each description can be read far more than one way. In one, its subject is encouraged to travel in order to explore and understand the unknown — you might think that the sombre tone merely is because one might get homesick doing so. In another equally valid reading, it seems like one might have to leave because they’re no longer welcome where they are. That slight sense of vagueness can be seen as a strength as much as a weakness.

Mechanically, Unravel is quite simple, and that is a great thing. You’ll get into the swing of things – pun very much intended – by the game’s fourth or fifth level. At that point, you’ll be able to tackle traversal with barely any thought at all, and it’s at that point where the physics-based puzzles get a little more challenging. Being able to focus on those, then, makes solving them all the more rewarding.

All up, Unravel is a passionate, brilliantly devised and polished game that you must play. Sahlin and his team knew what they wanted to do with it from its onset, and have achieved that in spades. The result is a masterful game that isn’t afraid to tug at your heartstrings, taking you on a journey you won’t soon forget.

Unravel was reviewed using a promotional code on Xbox One, as provided by the publisher.